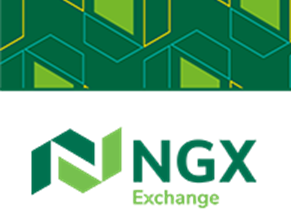 The review has led to the entry and exit of some companies from several indices effective Thursday, 1
July 2021.

Below are the incoming and exiting companies in the various indices:

The review has led to the entry and exit of some companies from several indices effective Thursday, 1 July 2021. Below are the incoming and exiting companies in the various indices:

The indices were developed to allow investors to follow market movements and properly manage investment portfolios. Designed using the market capitalization methodology, the indices are rebalanced on a semi-annual basis on the first business day in January and in July.

It would be recalled that NGX recently announced the rebranding of its indices in line with NGX’s drive to standardise and ensure consistent expression of the brand across touchpoints. All indices were rebranded with a pre-fix, NGX – formerly NSE – to promote brand awareness and recognition. The exercise did not, however, affect the computation methodology of the indices. 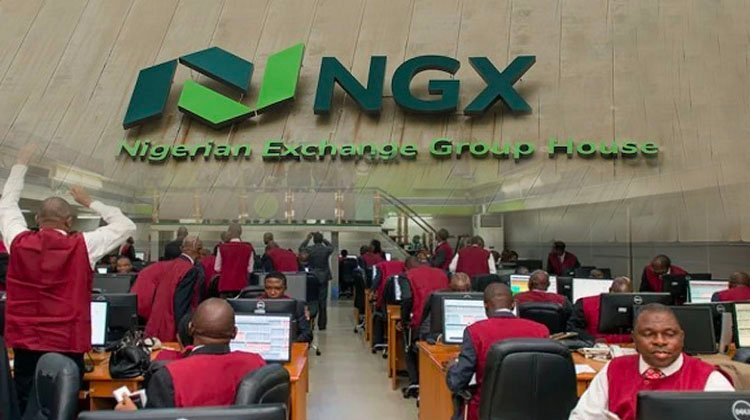 UNINSURED led the volume’s chart with 19.41% contribution and was closely followed by GTCO  and ZENITH BANK.

AIRTELAFRI tops the value chart with 56.24% contribution and followed by GEREGU and GTCO

At the close of trading, NASD OTC market recorded two (2) gainer(s) to one (1) loser(s)

NASD Earnings Summary: No Financial statement was released on the NASD OTC Exchange. 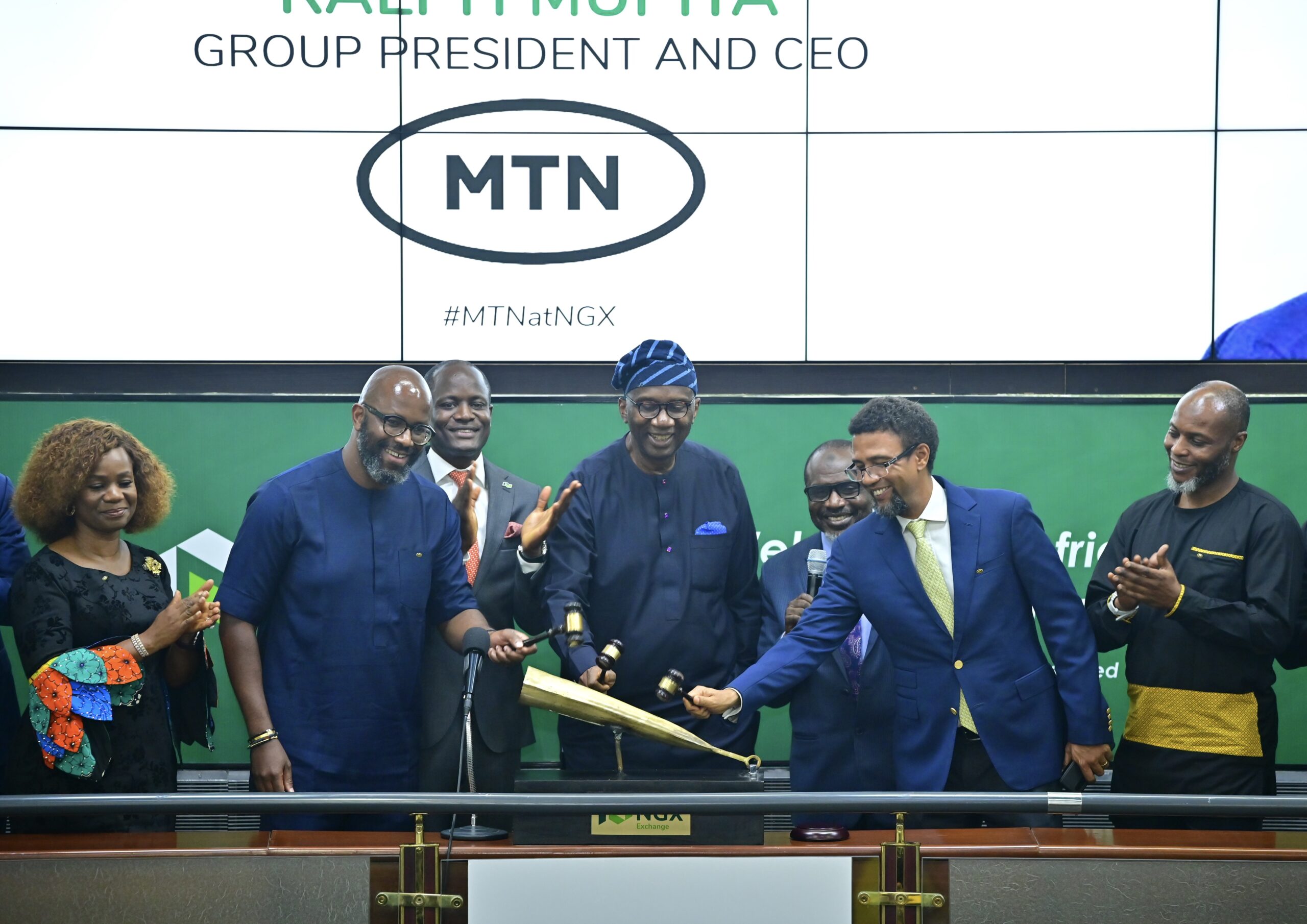 He said this when in recognition of the importance of the partnership between MTN and NGX; he paid a courtesy visit to the management of the Nigerian bourse, led by its CEO, Mr. Temi Popoola. To mark the occasion, Mr. Mupita, was given the honour of sounding the closing gong to indicate market closure for the day.

It will be recalled that last February, MTN and NGX announced the signing of a Memorandum of Understanding (MoU) to further promote financial literacy and enhance retail participation in the Nigerian capital market. The announcement was made at a signing ceremony led by Mr. Popoola and the CEO, MTN Nigeria, Mr. Karl Toriola.

The MoU was a two-year partnership that would see NGX and MTNN collaborate to develop capital market solutions, leverage technology to support data dissemination and technology-as-a-service, promote capacity development, and eliminate barriers to retail participation in the capital market.

Commenting on the partnership, Mr. Popoola commends MTN for its unwavering efforts in advancing Nigeria’s technology landscape through substantial investments in infrastructure and digital transformation. “We are proud to acknowledge the advancements made through the successful public offering in 2021 and the MoU signed last year. These initiatives have successfully attracted a notable portion of the younger generation to the capital market, aligning with our goal to increase retail participation. I would also like to specially acknowledge the efforts of the financial advisers on the landmark offering led by Chapel Hill Denham. We are optimistic about the prospects of a mutually beneficial partnership with MTN that will reinforce the Nigerian economy and foster sustainable growth for the African continent.”

According to Mr. Mupita, within a year of signing the MOU, a lot has been achieved due to the hard work invested on both sides in forging and sustaining a productive partnership: “At MTN, we believe we have a responsibility to ensure that our customers not only stay connected but can access increasing value and better services through our network, deepening their participation in the digital economy. Our collaboration with NGX gave us the opportunity to empower our customer base with the tools and knowledge to engage effectively with the capital market and meet their financial and investment objectives. For this, NGX deserves to be commended for democratising access to financial securities, and thereby empowering more Nigerians.”

On his own part, MTNN CEO, Mr. Toriola said: “We will continue to identify other areas of cooperation with NGX and we look forward to a continuous mutually beneficial partnership that will contribute to the inclusive growth of the Nigerian economy.”

The courtesy visit is also coming on the first anniversary of the completion of its landmark public offer in Nigeria, which was completed on January 31st 2022.  Widely applauded as the first public offer to be conducted via a digital platform in Nigeria, the offer expanded MTN Nigeria’s domestic shareholder base to include 126,720 retail investors alongside a range of institutional investors, including Nigerian pension funds representing approximately 6.5 million Nigerian contributors. 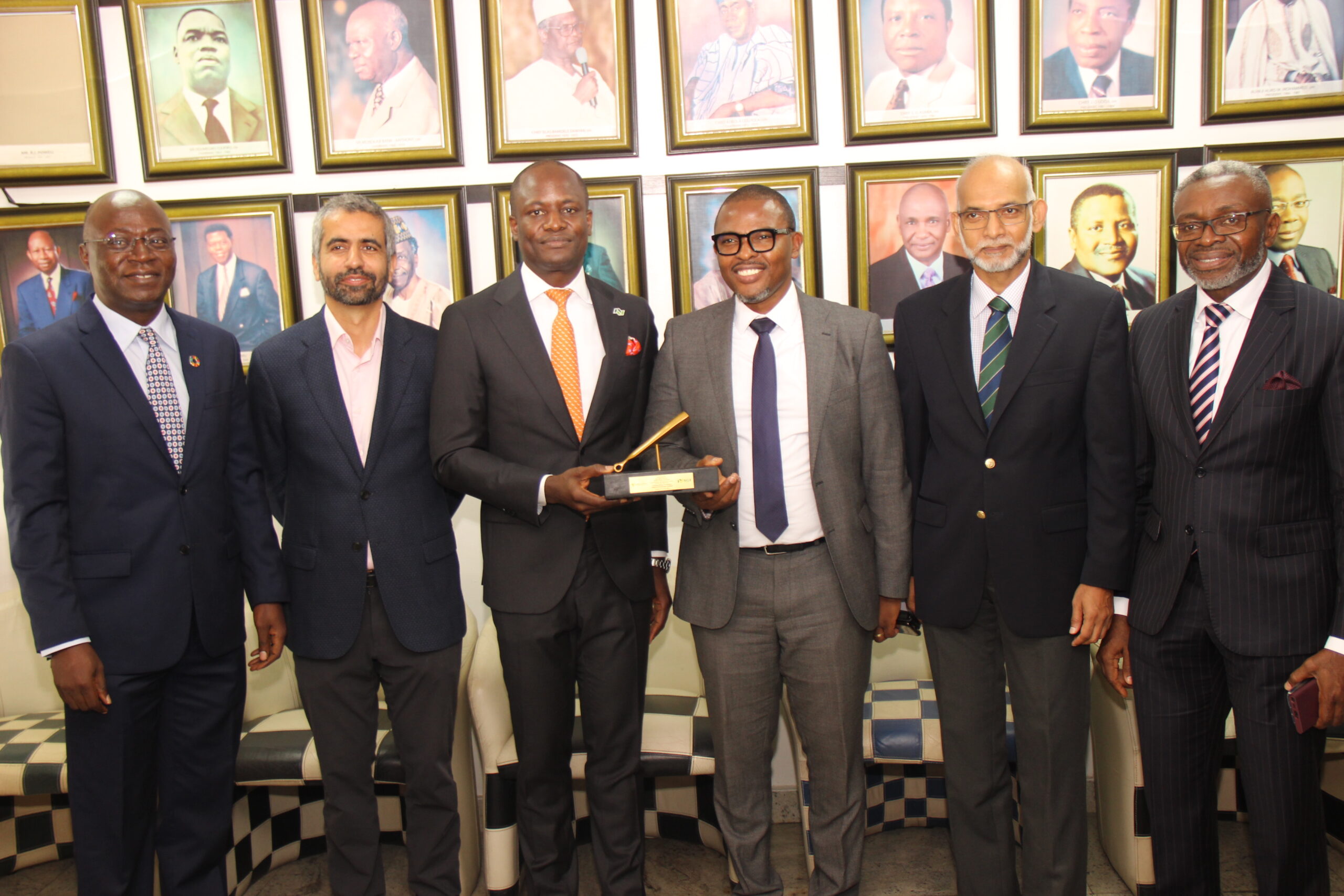 Nigerian Exchange Limited (NGX) announce Tuesday the listing of a N20.5bn closed-end infrastructure fund, Africa Infra Plus Fund (AIPF I) on the Exchange.

The listing is another significant move towards championing sustainable investing in Africa and the event was commemorated with a Closing Gong Ceremony.
AIPF 1’s structure is a pool of equity and quasi-equity investments in Carbon+ infrastructure projects that promote sustainable development including but not limited to roads, power, water supply, wastewater management, ports, and airports.

Commenting on the development, the Chief Executive Officer, NGX, Mr. Temi Popoola, stated that, “today’s listing marks a significant milestone in our commitment to promoting sustainable investing and reducing the drivers and impact of climate change. We are proud to be at the forefront of this and look forward to more exploits as we drive growth in the capital market.”

On his part, the Managing Director, Africa Plus Partners Plc, Mr. Adeniran Ajakaiye, stated, “With this listing, we aim to demonstrate the highest levels of good governance and transparency, as we continue to deliver active returns to shareholders, whilst addressing Nigeria’s ‘missing middle’ infrastructure gap.”

AIPF aims to address the imbalance between the need for infrastructure development and the concerns about environmental and social impact by investing in projects that meet strict ESG criteria.

The listing of the fund on NGX is a clear indication of the growing interest and demand for sustainable investing in Africa and the Exchange’s commitment to the same.

NGX also plans to launch an Impact Board to further give visibility to sustainable financial instruments listed on The Exchange and to encourage more listings in the sustainable finance segment as part of its sustainability drive for the capital market.