Over the last three months, the Tax Appeal Tribunal (TAT) has been among the headlines, notably for the tax disputes between pay television service provider, MultiChoice Nigeria, its parent company, MultiChoice Africa Holdings, and the Federal Inland Revenue Service (FIRS).

It is a safe bet that the TAT has the attention of the business and investment communities locked on it, as it carries enormous implications.

It is unlikely to be otherwise, particularly with the wildly different rulings it delivered in very similar matters it ruled on.

The most recent, delivered in Abuja on 26 October, saw the tribunal dismiss the appeal of MultiChoice Africa Holdings against an alleged $342million Value Added Tax bill given to it by the FIRS.

The TAT, in delivering its ruling, upheld the objection of the FIRS to the appeal of MultiChoice Africa Holdings, stating that the company had neglected to comply with Order 3 Rule 6 of the TAT (Procedure) Rules, 2021, which were issued by the Minister of Finance, Mrs. Shamsuna Zainab Ahmed in June but did not become public knowledge until late in September.

Order 3 Rule 6 of the new TAT rules requires an appellant to pay half of the disputed assessment as security deposit before it could file an appeal before the tribunal. It also requires the appellant to file an affidavit verifying the payment, which TAT also ruled that MultiChoice Africa Holdings failed to comply with.

Curiously, a week before, the TAT, sitting in Lagos, in the appeal filed by MultiChoice Nigeria, had ruled in favour of the appellant, dismissing the FIRS’ objection to the continuation of the appeal. The Nigerian subsidiary had filed an appeal against the alleged tax liability of N1.8 trillion issued to it by the FIRS. On 24 August, the tribunal, relying on Paragraph 15 (7) Fifth Schedule of the FIRS Establishment Act, directed MultiChoice Nigeria to pay a security deposit for its appeal to be heard. The FIRS interpreted the ruling to mean that MultiChoice Nigeria should pay N900 billion, 50 per cent of the disputed assessment, for the appeal to be heard.

At the resumed hearing of the matter on 23 September, MultiChoice Nigeria argued that it had complied with the tribunal’s ruling and Paragraph 15 (7) of the FIRS Act via the payment of N8 billion in two tranches.

Paragraph 15 (7) of the FIRS Act gives the tribunal power to direct an appellant, in certain circumstances, to make a security deposit for the continuation of an appeal. pay 50 percent of the tax paid the previous year plus 10 percent mark-up as security before prosecuting an appeal.

The FIRS, however, urged the TAT to discontinue the hearing of the appeal and rule against the company if it failed to show proof of full compliance with the directive to pay N900 billion, 50 percent of the N1.8 trillion tax assessment, for the years under review.

The TAT adjourned till 20 October and on the day, it dismissed the FIRS’ objection to the appeal.

“It is obvious that the appellant has not only complied with the orders of this court but has also provided sufficient evidence before this tribunal that they are credible and ready to pursue this matter with all sense of responsibility and seriousness. It is only fair and just that they are given the privilege to do so,” ruled the tribunal.

The tribunal also disagreed with the FIRS that MultiChoice Nigeria was required to pay half of the assessment for all the years under review, ruling that the FIRS Act explicitly says the “preceding-year”, not “years.”

I have found it mystifying, dangerous even, that the tribunal sang from different hymn sheets, relying on the new TAT rules for one ruling and the FIRS Act for the other. As tax and legal experts have pointed out, the new TAT rules-a body of subsidiary legislations-cannot override the provisions of an act.  The blanket 50 per cent payment prescribed by the new tax tribunal procedures is inconsistent with the FIRS Act, which lists the conditions under which a directive on deposit may be issued. The tribunal, states the section, may direct the payment of security deposit if the FIRS proves that an appellant has, for the year of assessment, failed to file returns or deems the appeal an abuse of the appeal process or it is expedient to require the appellant to pay an amount as security for prosecuting the appeal.

Former Permanent Secretary and Solicitor-General, Lagos State Ministry of Justice, Mr. Lawal Pedro (SAN), was quoted in the media as describing Order 3 Rule 6 as akin to a forced admission of liability before actual adjudication of the dispute.

“This will amount to forced admission of liability before adjudication of dispute contrary to our justice system of fair hearing and equality before the law,” he said.

“It is an affront to the rights of fair hearing and access to justice guaranteed by the constitution of Nigeria. I have personally written to the Minister of Finance over this issue and highlighted the dangers of the Rules, which are capable of stifling businesses and sending a wrong signal to prospective investors,” Ubani stated.

The glaring inconsistency of the tribunal’s last ruling with the substantive legislation is a curious one. In addition to being unjust, it also carries the potential to injure the economic well-being of the country. The new tribunal rules effectively empower tax authorities to come up with whimsical assessments and prevent the taxpayer from appealing. The latter will create cash flow problems for businesses, suffocating them, and making the country’s investment environment unappealing to domestic and foreign investors.

Related Topics:
Up Next 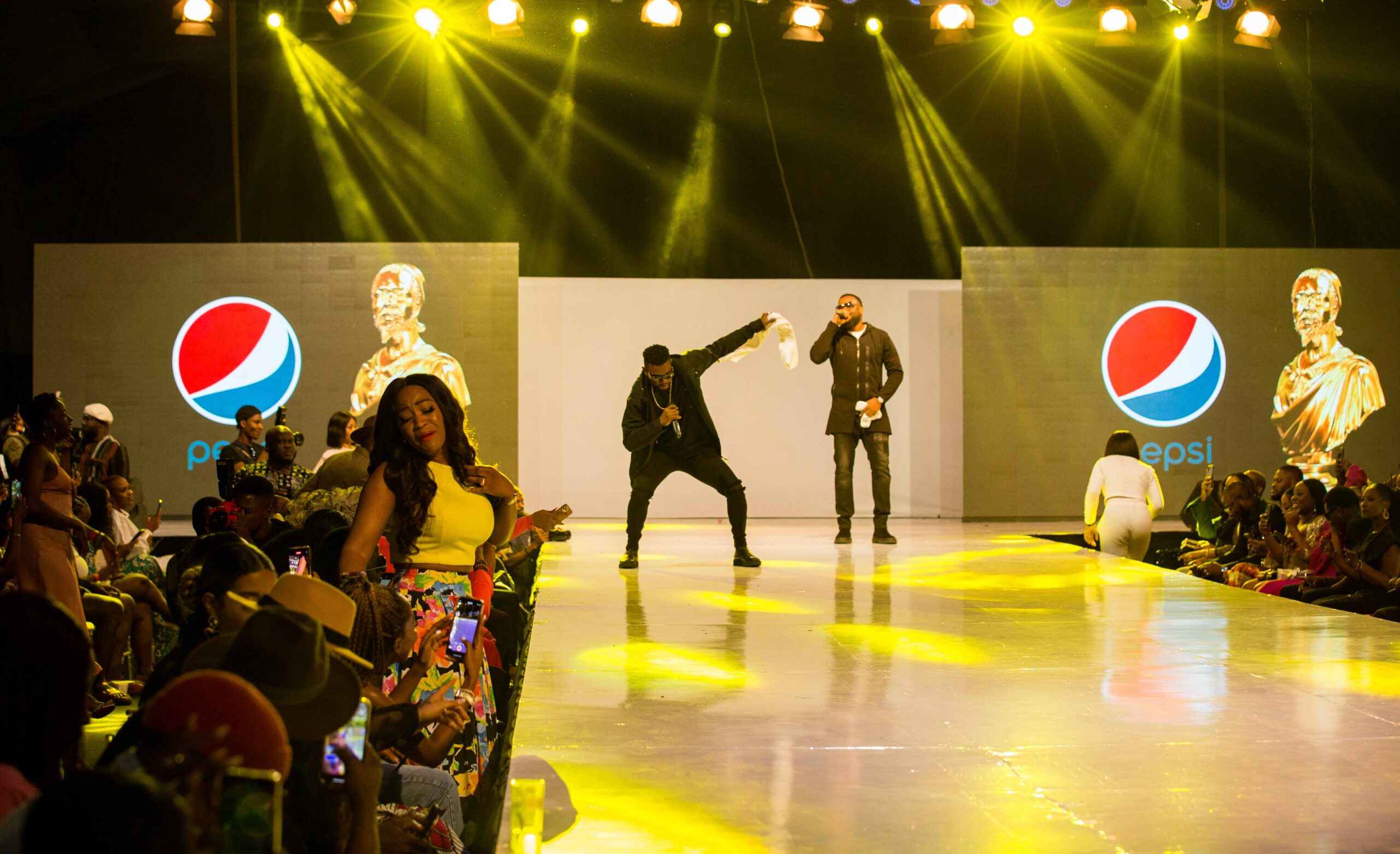 As part of its contribution to driving pop culture in Nigeria, Pepsi Naija in partnership with Africa Magic Viewer’s Choice Awards (AMVCA) showcased a Pepsi-inspired collection at the first-ever AMVCA Runway show.

Ten super talented young fashion designers who participated in the show designed a Pepsi-inspired collection. Their designs incorporated the brand colors, logo, and other elements that represent the brand – authenticity, passion, and youth.

The keenly contested show saw Sophie Nwabunike and Obinna Omeruo emerge, as winners, each taking home, a N1 million cash prize to the delight of fashion designers, influencers, content creators in attendance, and Nigeria’s ace designer, Mai Atafo, who was the host of the event.

In addition to the spectacular display of fashion, Pepsi Naija in its usual style brought Confam Gbedu to the event with a thrilling performance by R&B group, Styl Plus. They got the crowd singing along to their classic hits.

Pepsi Naija sponsored AMVCA Runway Show to celebrate and promote ingenuity among African fashion creatives. Pepsi Naija is renowned for its age-long affiliation with Nigerian music and growing pop culture. Going by the colorful delivery of the Runway Show, the initiative is undoubtedly one that will further endear the brand to entertain audiences across the country.

The AMVCA Runway Show is part of activities leading up to the 8th AMVCA Night scheduled for Saturday, May 14. You can tune in live on Africa Magic channels on DStv and GOtv, from 400 pm WAT. 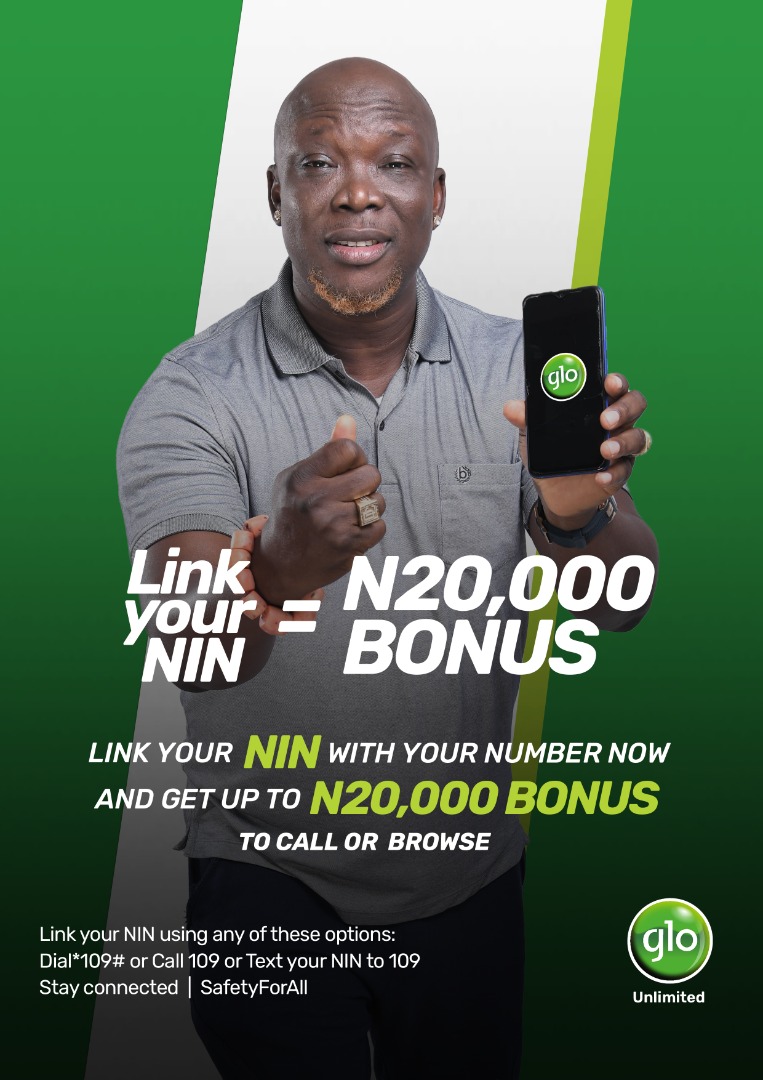 …“At Glo, it is all about empowerment and value addition,”

Globacom, the telecommunications powerhouse, has brought renewed excitement to television screens and online platforms with its recently unveiled suite of adverts.

The adverts provide information on how subscribers can link their National Identity Number (NIN) to their Subscriber Identity Module (SIM) on the Glo network.

Commenting on the launch of the adverts, the company noted that the “Glo NIN Offer is a one-time bonus offer applies only to customers who were barred from making outgoing calls on the Glo network as directed by regulatory authorities due to NIN non-compliance.”

Once subscribers link their NIN to their SIMS, they will get a N20,000 bonus which can be used to call, browse and text on the network.

“At Glo, it is all about empowerment and value addition,” the statement continued. ”This is our welcome package to subscribers we have missed on the network.”

The adverts see a return to form for the telecommunications company with celebrity and influencer-led commercials that are heavy on humor.

Riding on a mix of the old and modern, the adverts mine the town crier trope to great effect while the use of celebrities helps to heighten viewer engagement.

Adamawa, Jigawa Shine In The Savanna Conference Of The 22nd Milo 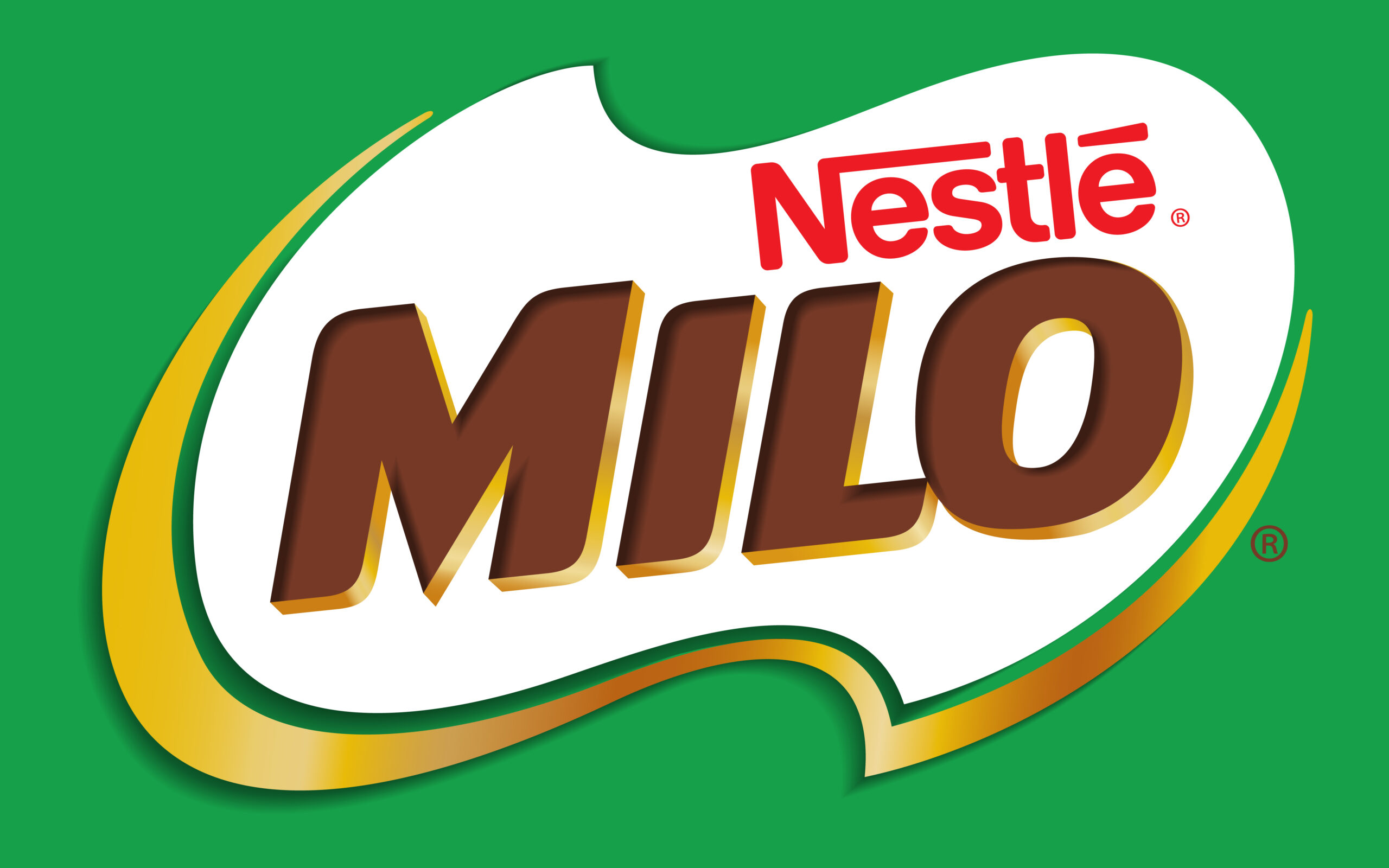 Arinze Nancy Nicholas, coach of Dutse Model International Secondary School, Jigawa State sharing her excitement on behalf of her team for emerging winners of the competition, said “I have had the dream of winning this trophy since 2016, and today, I am happy that this dream has come to pass. I am also happy that we have qualified for the finale in Lagos. We are optimistic that we can also come to Lagos to win in the national finals.”

Category Manager for Beverages, Nestlè Nigeria, Mr. Olutayo Olatunji, reiterated Nestle’s commitment to developing talents, enforcing a healthier lifestyle, and instilling values and lessons for success through sports. He said, “MILO, firmly believes that through participation in sports, children learn life values that help them on their journey to success.

“We are therefore happy to continue to provide this opportunity of the MILO Secondary School Basketball Championship where these young ones can continue to find the opportunities for developing qualities including leadership skills, ability to work in a team, perseverance, courage, self-belief, and respect through their participation. In a nutshell, ‘the GRIT you learn in sport, you keep for life’. We are grateful to all who supported us to make another successful championship.

The Savanna Conference was hosted at the Sanni Abacha Stadium, Kano from the 8th to 12th of May 2022. The States that make up this Conference are Yobe, Borno, Taraba, Zamfara, and host Kano. Others are Gombe, Katsina, Bauchi and Jigawa.

The Champions in both the male and female categories of this Conference will compete with winners from the other three Conferences (Central- Ilorin: 14th – 20th May, Equatorial – Enugu: 21st – 27th May, Western Ibadan: 28th May – 3rd June) in the national final at the indoor sports hall of the national stadium in Surulere, Lagos from May 26 to June 30, 2022.

For over 2 decades, MILO has emphasized the importance of grit to teach schoolchildren vital life values such as determination, tenacity, endurance, perseverance, teamwork, and self-confidence. These values help them on their journey to succeed in life.

Nestlè will continue to spearhead grassroots sports development in Nigeria through its purpose of unlocking the power of food to enhance the quality of life for everyone today and for generations to come. The next conference of the Milo Secondary Schools Basketball Championship – Central Conference – will take place in Ilorin, the Kwara State capital from 14th – 20th May 2022.