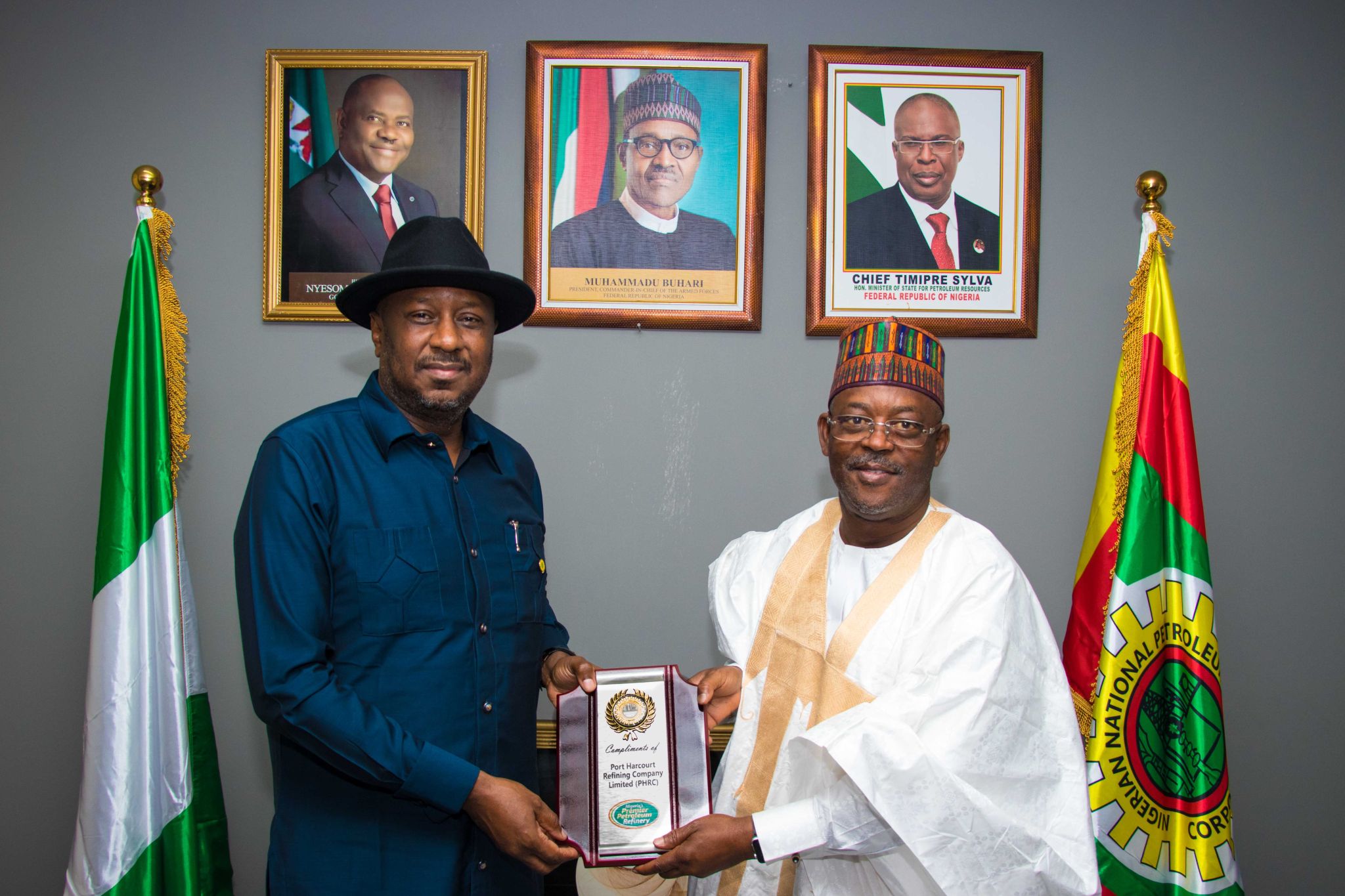 …”April 2022 timeline for completion of the rehabilitation was realistic”, Says Ahmed Dikko

Members of the House of Representatives Committee on Petroleum Downstream have vowed to religiously monitor the progress of work at the refinery to ensure timely completion of the ongoing rehabilitation work.

The Chairman of the Committee, Dr Abdullahi Gaya made this declaration when he led his committee members to the refinery between Monday and Wednesday, as part of their oversight duties to assess the level of progress made so far on PHRC’s rehabilitation project.

Gaya said it behoved on the committee to ensure that the money released by the federal government for the rehabilitation work was judiciously used, as Nigerians could not wait to see the refinery return to life.

Ahmed Dikko led the delegation on a plant tour, where they met PHRC Contractor, Tecnimont SpA on the ground stated that April 2022 has been fixed for completion of the rehabilitation work and the Chairman insisted that everything must be done to keep to the timelines for the resumption of crude oil refining in Port Harcourt.

Gaya said: “We are here to see what they have done, even though they said within 24 months (2022) they will be able to complete.

“We hope within that period they will be able to finish it but we promise ourselves in the next three months, we will come back and see the progress for ourselves.

“When we came here in 2020, there was nothing and we promised that we were going to do something(towards returning the refinery back to life) and we have done it and we are here to see how far they have gone and if the stakeholders have complaints in respect of the job that they have done, they should tell us.”

The Honourable Members reiterated the NASS support and approval of PHRC’s Rehabilitation.

Gaya expressed the hope that as it would be no more business as usual in the running and management of the refinery, once it comes back to life, especially under the Petroleum Industry Act regime.

He said with the PIA, he was satisfied and excited that the petroleum industry was going to be run in a much better way.

He said: “We are happy that the PIB has been passed and the PIA, as you know, President Muhammadu Buhari has already instructed the agencies that are concerned to make sure that it is implemented within a year.

“Without the PIA, we are sure even if the rehabilitation is done, things can go back to the way they were. But now with this PIA, a lot of things are going to change and everything will be sustainable by the grace of God.”

Managing Director of the Port Harcourt Refinery, Ahmed Dikko, who took the legislators round the facilities, told journalists that the April 2022 timeline for completion of the rehabilitation was realistic. Dikko said: “The project has just started and we are putting our energy around all the refinery which we promised we will complete within 24 months.

“And we have covered a lot of grounds to reach where we are today. So basically that is our main intent at this point. We have done enough and we are still doing enough to make sure we meet that obligation to complete the whole refinery within 24 months, while we still working on other parts of the refinery.

“The April 2022 target of the rehabilitation of the refinery is achievable.” 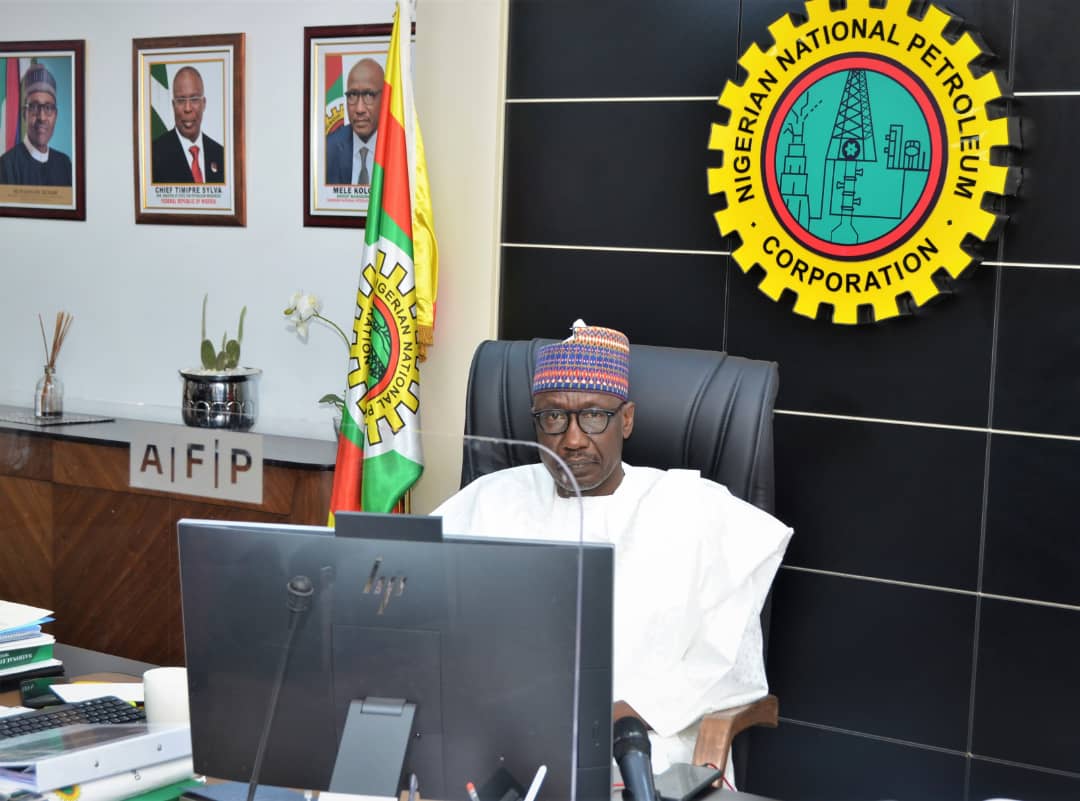 As the Federal Government commenced full implementation of the Petroleum Industry Act (PIA) in earnest, the new legislation has been tipped to provide business opportunities that will enable the Nigerian National Petroleum Company Limited (NNPC) to earn more revenue for the country.

Chief Executive Officer (CEO) of the company, Mallam Mele Kyari disclosed this while addressing staff of the organization in a town hall meeting held at the NNPC Towers, at the weekend, with staff outside the Corporate Headquarters (CHQ) participating virtually.

Highlighting the significance of the PIA to the NNPC and by extension the Nigerian economy, Mallam Kyari said the new legislation has raised shareholders’ expectations on the company, even as it has given it a wide room to make progress.

According to the CEO, the PIA had put “all money-making options on the table; it is up to us to take advantage of it”.

He said as a result of the new legislation, NNPC Ltd would not only shed some of its toxic liabilities but will be the largest and most capitalised company in the whole of Africa and, potentially, the most profitable on the entire continent.

The CEO charged employees of the organisation to ensure the company becomes a commercially viable entity and a multi-billion-dollar company that will continuously deliver value to its shareholders–the over two hundred million Nigerians.

Energy Report: Coal Power Surged To A Record High In 2021, Pushing Up Emissions 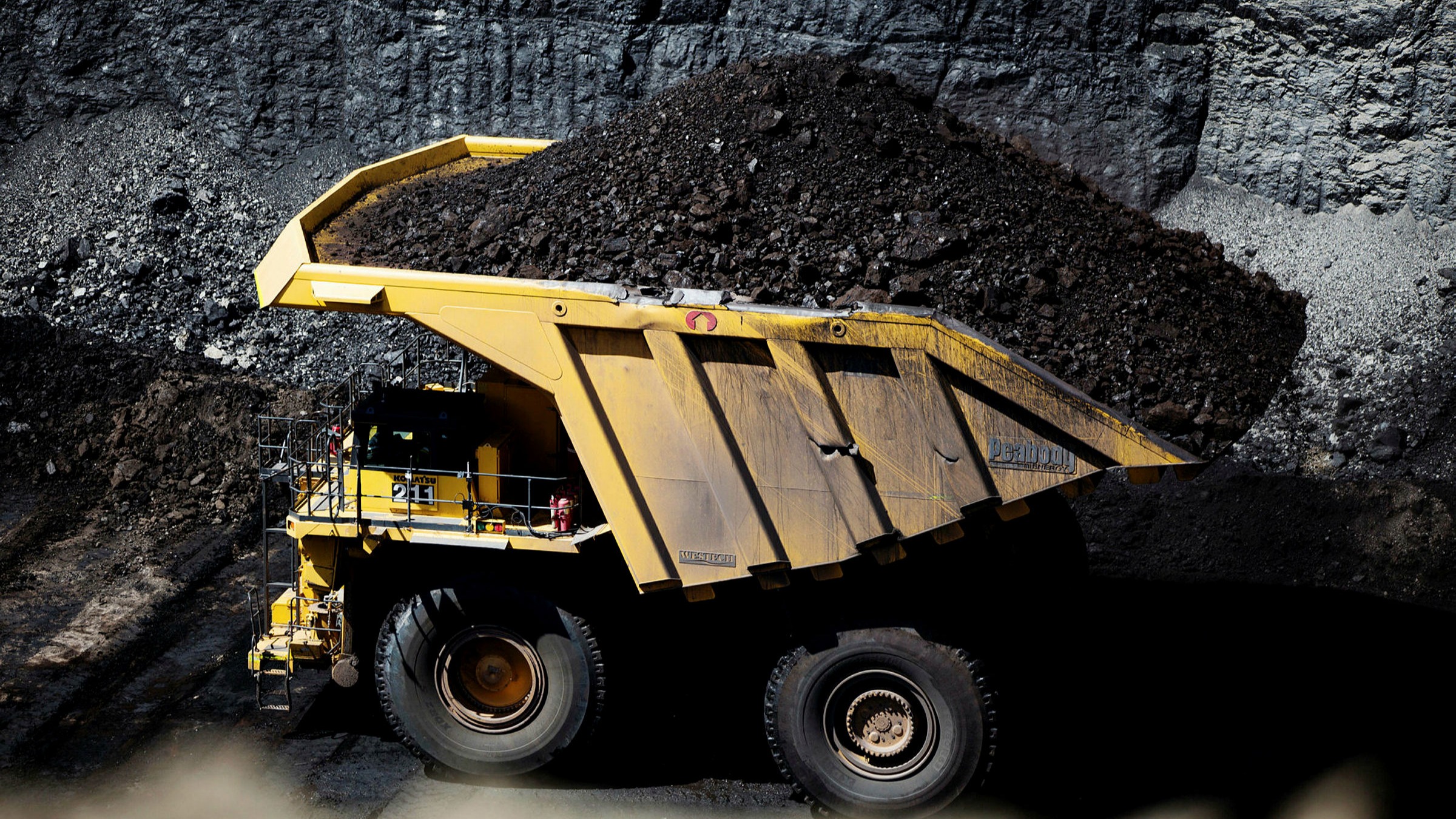 International Energy Agency (IEA) analysis shows that “Rapid economic recovery is driving global coal power generation to a record this year and overall coal demand to a potential all-time high as soon as 2022, underlining the urgent need for policy action”

The amount of electricity generated worldwide from coal is surging towards a new annual record in 2021, undermining efforts to reduce greenhouse gas emissions and potentially putting global coal demand on course for an all-time high next year, the International Energy Agency said in its latest annual market report.

A coal-fired power station or coal power plant is a thermal power station that burns coal to generate electricity. The coal is usually pulverized and then burned in a pulverized coal-fired boiler. The furnace heat converts boiler water to steam, which is then used to spin turbines that turn generators.

After falling in 2019 and 2020, global power generation from coal is expected to jump by 9% in 2021 to an all-time high of 10,350 terawatt-hours, according to the IEA’s Coal 2021 report, which was released today. The rebound is being driven by this year’s rapid economic recovery, which has pushed up electricity demand much faster than low-carbon supplies can keep up. The steep rise in natural gas prices has also increased demand for coal power by making it more cost-competitive.

Overall coal demand worldwide – including uses beyond power generation, such as cement and steel production – is forecast to grow by 6% in 2021. That increase will not take it above the record levels it reached in 2013 and 2014. But, depending on weather patterns and economic growth, overall coal demand could reach new all-time highs as soon as 2022 and remain at that level for the following two years, underscoring the need for fast and strong policy action.

“Coal is the single largest source of global carbon emissions, and this year’s historically high level of coal power generation is a worrying sign of how far off track the world is in its efforts to put emissions into decline towards net zero,” said IEA Executive Director Fatih Birol. “Without strong and immediate actions by governments to tackle coal emissions – in a way that is fair, affordable and secure for those affected – we will have little chance, if any at all, of limiting global warming to 1.5 °C.”

In China, where more than half of global coal-fired electricity generation takes place, coal power is expected to grow by 9% in 2021 despite a deceleration at the end of the year. In India, it is forecast to grow by 12%. This would set new all-time highs in both countries, even as they roll out impressive amounts of solar and wind capacity. While coal power generation is set to increase by almost 20% this year in the United States and the European Union, that is not enough to take it above 2019 levels. Coal use in those two markets is expected to go back into decline next year amid slow electricity demand growth and rapid expansion of renewable power.

“The pledges to reach net-zero emissions made by many countries, including China and India, should have very strong implications for coal – but these are not yet visible in our near-term forecast, reflecting the major gap between ambitions and action,” said Keisuke Sadamori, Director of Energy Markets and Security at the IEA. “Asia dominates the global coal market, with China and India accounting for two-thirds of overall demand. These two economies – dependent on coal and with a combined population of almost 3 billion people – hold the key to future coal demand.”

In 2020, global coal demand fell by 4.4%, the largest decline in decades but much smaller than the annual drop that was initially expected at the height of the lockdowns early in the pandemic, the report shows. Regional disparities were large. Coal demand grew by 1% for the full year in China, where the economy began recovering much earlier than elsewhere, whereas it dropped by nearly 20% in the United States and the European Union, and by 8% in India and South Africa.

Coal prices have been on a rollercoaster ride over the past two years. After falling to USD 50 per tonne in the second quarter of 2020, they started to climb towards the end of the year, with supply cutbacks balancing the market before rebounds in economic activity and coal demand in China started pushing prices up. In 2021, prices were lifted further by demand outstripping supply in China – the global coal price setter – as well as by supply disruptions and higher natural gas prices globally. Coal prices reached all-time highs in early October 2021, with imported thermal coal in Europe, for example, hitting USD 298 per tonne. Quick policy intervention by the Chinese government to balance the market had a rapid effect on prices. As of mid-December, European prices were back below USD 150 per tonne. 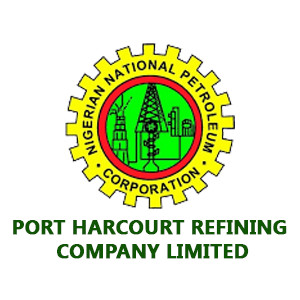 The Port Harcourt Refinery Company in Eleme Local Government Area of Rivers State were disrupted following a minor fire incident that lasted for less than an hour has been put out.

The minor fire incident occurred at the Port Harcourt Refining Company (PHRC) at the early hour of today, January 01, 2022.

The incident, which was contained in less than two hours was caused by a spark while a 33,000-liter truck was discharging naphtha into a tank at the PHRC.

Garba Deen Muhammad, Group General Manager, Group Public Affairs Division of NNPC Informed ROTA MEDIA “There was a minor fire incident and it was immediately contained. So no loss of lives or property.”

The management of the refinery led by the Managing Director, who was at the scene supervising the operation, immediately mobilized the safety structure at the PHRC and with support from the Federal Fire service, successfully brought the fire under control.

The management of the PHRC wishes to reassure Nigerian residents in the neighborhood of the facility that they have no cause to worry about the incident and to also affirm that the safety of life and of property is at the top of its priority list.

The incident affected only the discharging truck and the pump bay. No other property was damaged.

The management and staff of the PHRC hereby extend their profound appreciation to all those that contributed to bringing a speedy end to the incident; while wishing all Nigerians a very happy and fulfilling New Year 2022.