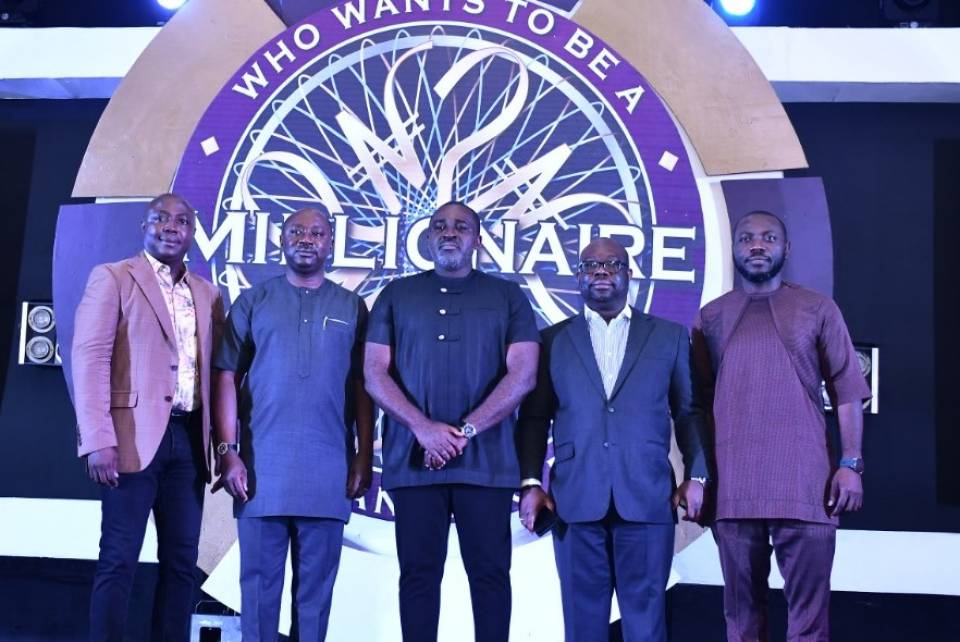 The new sponsors for the award-winning and ace TV game show, Who Wants To Be A Millionaire? Series 2-The Rebirth has been unveiled. The new sponsors are; UP, Payattitude, Payarena, and HopePSBank.

The companies are members of UP Group-Nigeria’s premier Payments and Financial Technology Company and  Leaders in Digital Payments Innovation.

The new sponsors were unveiled at a special Sponsor and Host Reveal event held at the Federal Palace Hotel, Lagos, on Sunday, February 6, 2022. The Popular TV Broadcaster, Frank Edoho, also returned as the show host as he was revealed to the guest and audience who watched the event on live stream amidst cheers and applause.

Delivering his keynote speech at the event, the Managing Director of UP,  Agada Apochi, explained the group’s decision to sponsor Who Wants To Be A Millionaire? Series 2-The Rebirth‘was borne out of the desire to educate, excite and entertain Nigerians by bringing back the game show that keeps families at the edge of their seats.

Apochi further stated that the investment in the game show is not only aimed at promoting the brands in the company’s portfolio but geared towards building a better future for Nigeria by informing, educating, and entertaining them.

“Entertainment brings people together, whether it is football or show. It brings families together colleagues together. It is for that reason we are investing in entertainment. For that reason, we are bringing back Who Wants To Be A Millionaire?. For us in the UP group, we should invest in this TV game show not only because we want to promote our brands but also because we want to see a better Nigeria. You would agree with me there is no better way to build a better future for Nigeria than investment in education”, he said.

The show would help promote knowledge acquisition and allow Nigerians to realize their economic dreams by winning cash prizes every week for 52 weeks.

He further disclosed that the company would be leveraging its expertise in technology to open up the space. Nigerians can now participate in the show from the comfort of their homes using the Payattitude USSD code *569# or USSD codes of Payattitude partner Banks. “This is the first of its kind. With ease from your hand-held device, you can download the Payattitude app or dial *569#, and you can then link your Banks’ accounts to Payattitude. For the first time, you no longer need SMS code to play a game of this kind, which is the first of its kind in Nigeria,” he added.

In his remarks at the event, Hakeem Condotti, the Chief Executive Officer of BLK Hut, the franchise owner of Who Wants To Be A Millionaire? In Nigeria, explained that Who Wants To Be A Millionaire? Series 2-The Rebirth is produced in Nigeria by BLK Hut under the license of Sony Pictures. He noted that BLK Hut is ready to deliver international, creative, and quality content for the admiration of Nigerians.

“It is a great deal of excitement for us to be involved in the production of the iconic game show, Who Wants To Be A Millionaire? which a lot of Nigerians have been looking forward to gracing their TV screens. We are aware of the expectation, and we can assure everyone that the quality of the content week in week out would be superb. We have the capacity and the resources to deliver entertaining and educative content that lives long-lasting memories,” he said.

Speaking immediately after his unveiling as the host of the Who Wants To Be A Millionaire’ Series 2 — The Rebirth,  Frank Edoho announced that the show comes back with some latest innovations, including a new staggering star prize money of Twenty Milion Naira ( N20,000,000.00)

Edoho also announced that apart from the usual three lifelines which lovers of the show are familiar with. ’50/50′ – where the computer eliminates two random wrong options leaving the right option and the other remaining wrong option.

‘Phone a Friend’ – where the contestant has 30 seconds to call one of their five prearranged friends to read the question and four possible alternatives to the friend who has the remaining time to offer input.

And ‘Ask the Audience’ – where the audience members use touchpads to designate what they believe the correct option to be, the percentage of the audience choosing each specific option is then displayed to the contestant —  a new lifeline has now been added for this Series 2, ‘Ask The Host.’

This lifeline gives the contestants one chance to ask the host to answer the question. 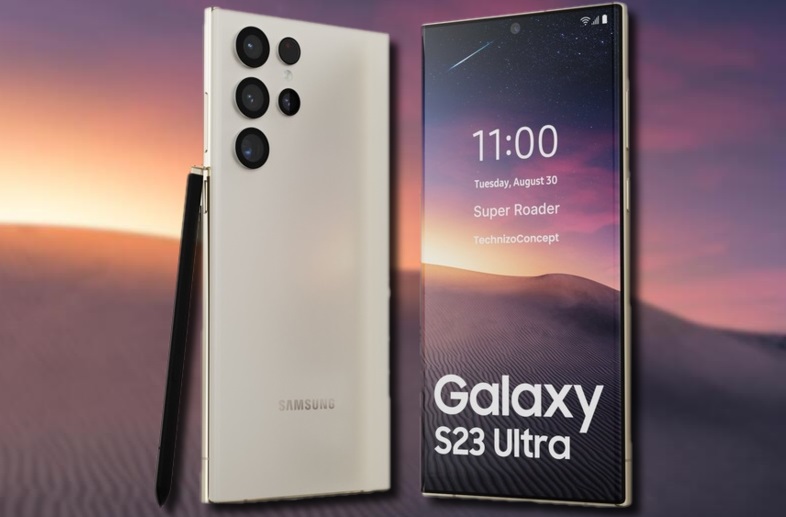 Shedding light on the exclusive offer, Globacom explained in a press statement issued in Lagos: “For the first time in Nigeria, we are bringing exclusive offer for Glo customers & lovers of classy and hi-tech phones with Samsung Galaxy S-23. Globacom is fully committed to innovative and bringing value-adding services that provide immense benefits for our subscribers”.

The company said further that the offer includes an extended pre-order window up to February 23, 2023, for Glo subscribers who wish to purchase the device and also exclusive customized packaging only for Glo customers.

Similarly, Glo Customers can trade in their old devices on purchase of the new Samsung Galaxy S-23 Series with a discount.

Only Glo subscribers will benefit from the exclusive offer, while Samsung will continue to enjoy patronage by millions of Glo customers.

With the offer, Samsung S-23 customers will enjoy 18GB bonus data with “Glo Smartphone Festival Data Plans”, with 3GB additional data available for customers on the Glo network on a monthly basis for 6 months.

Glo enjoined its subscribers to make judicious use of the opportunity of the offer adding, “If you are planning to bring home the next Galaxy S series flagship, then you can pre-order the Galaxy S-23 smartphone. All you need to do is pay N200,000 (non-refundable) at your nearest Gloworld shop. Those who pre-order their smartphone will be eligible for Pre-order gifts from Samsung”.

Construction Technician, Others Get Glo Festival of Joy Prizes in Onitsha 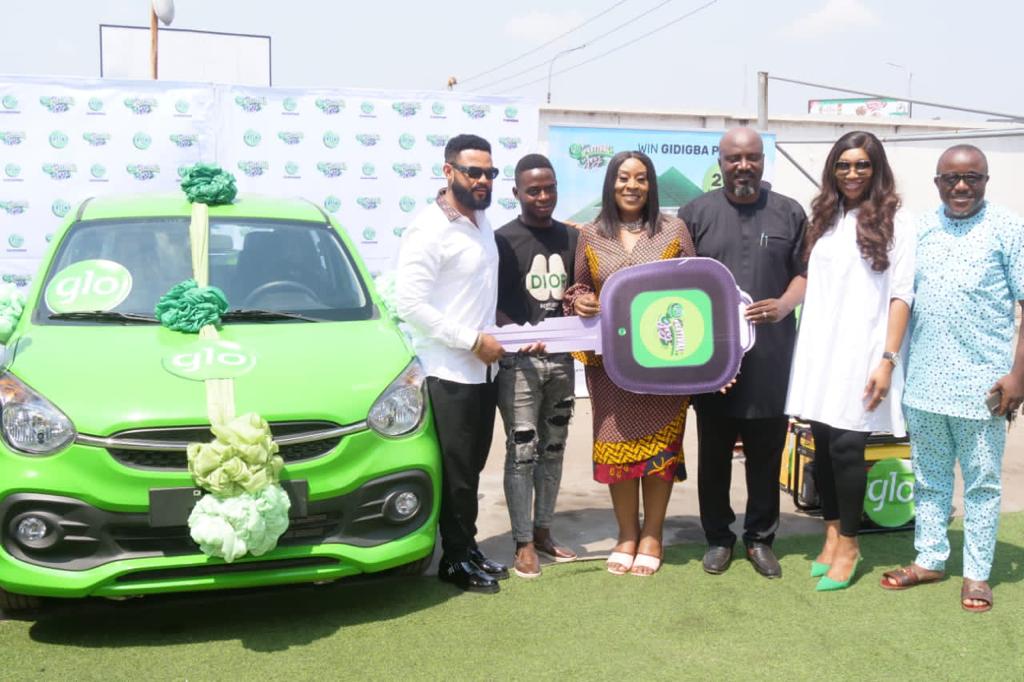 The story of Chukwuemeka Chikezie, a Glo subscriber who presented brand new car in the Glo Festival of Joy promo in Onitsha on Wednesday is as interesting as the star prize that he won.

The 30-year-old Construction Technician is impaired in his left arm from a job-related accident he had in 2019. But despite that setback, Chikezie has never wavered in working to provide an assured future for himself. He lost his father in the aftermath of that occupational
travail.

On Tuesday, when he was called, he was working on a project in Enugu, far away from his Onitsha base. Chikezie was sweating it out on his work when he received the life-transforming call. Despite that, he found it difficult that he could become an instant car winner just like that.

Till he got the keys to the car on Wednesday at an elaborate ceremony held at the Gloworld premises at Conoil station, Onitsha Bridgehead, Chikezie was hesitant to believe he had become a car owner.

“If anyone had told me yesterday that I would be a car owner today, I would never have believed it”, he said, adding that “I love the Glo network very well and I have always depended on it for my calls and data needs” Chikezie was full of praise for Glo for transforming his life through the car prize.

The travails that led to his being unable to use his left hand were enough to make anyone lose hope, but he never gave up. Winners of other items were equally grateful to Glo for their winnings.

Anielue Arinze, who won a generator, disclosed that he never expected such winning at this time. He disclosed that the generator will be very useful for him, especially in the heat period. On his part, Ezeji Uzoma Noble, who won a Sewing Machine, expressed gratitude to Globacom for the prize he won.

Hon. (Mrs) Beverly Ikpeazu-Nkemdiche, representing Onitsha South 2 Constituency, Anambra State House of Assembly, disclosed that her first number upon returning to Nigeria some years ago was a Glo number. She commended Globacom for its support to its subscribers through the life-changing prizes in the promo.

The Transition Chairman, Onitsha South Local Govt Area, Anambra State, Hon. Emeka Orji, expressed happiness that the event was held within his jurisdiction. He commended Globacom for putting the promo in place.

Representative of the National Lottery Regulatory Commission (NLRC), Mr. Ezelue Nnamdi, said the Commission was happy with Globacom for its transparency in the conduct of the promo draws and the presentation of prizes to the winner.

The event was also graced by two of Glo brand influencers, Ebube Nwagbo and Stephen Odimgbe (Flashboy) who both enjoined more people to join the Glo network to have access to a wide array of excellent products and services apart from the life-changing prizes they stand for to win for being on the network.

BUA Foods Decorated Yesterday As LEADERSHIP Company Of The Year 2022 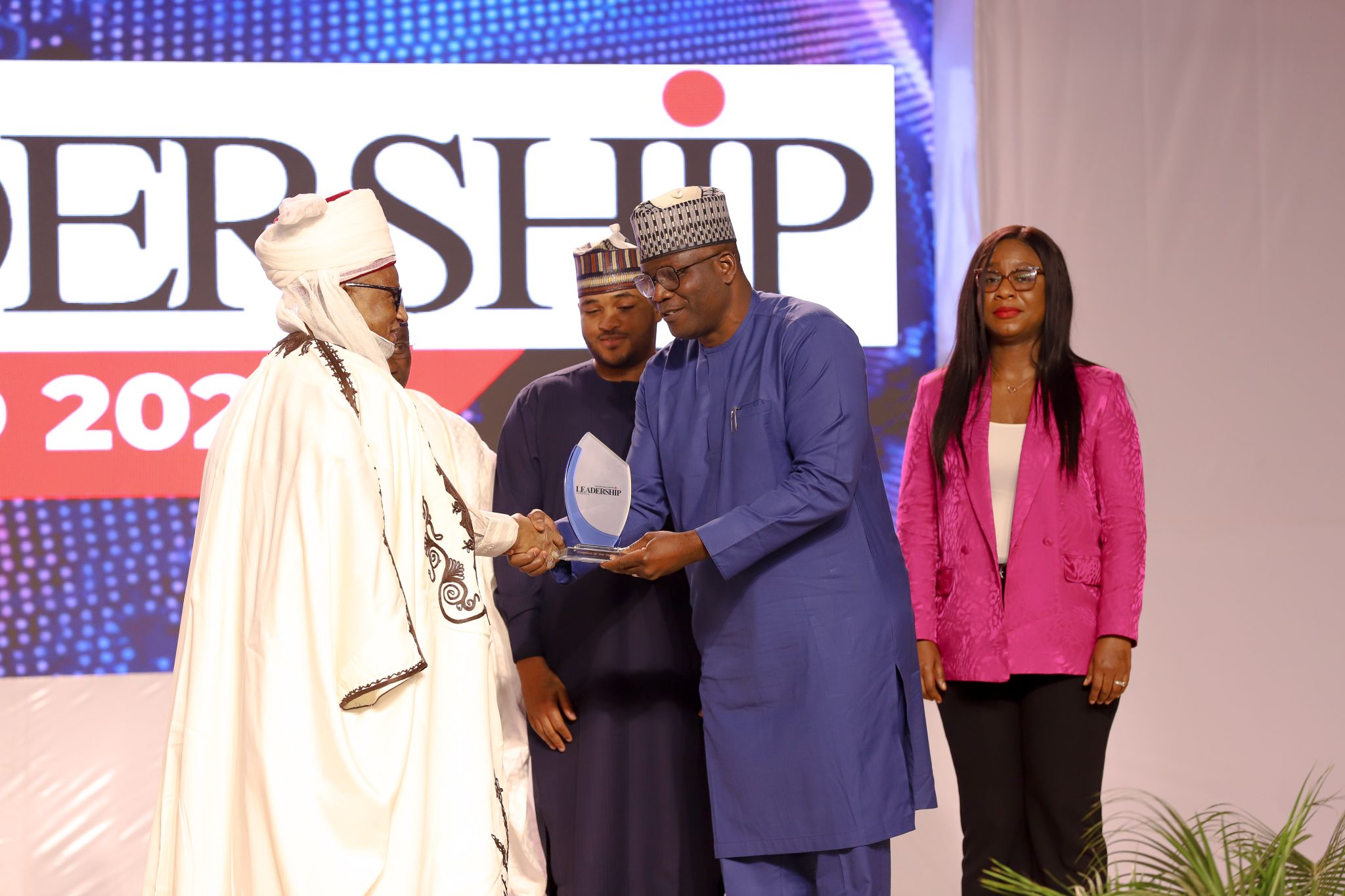 BUA Foods Plc, a leading food and fast-moving consumer goods (FMCG), has been decorated as LEADERSHIP Company of the Year 2022 respectively by the media company.

The food company was highly recognised and awarded at the LEADERSHIP Conference and Awards 2022 ceremony held in Abuja on Tuesday, January 31, 2023.

BUA Foods Plc dedicates the award to its customers, staff, and host communities.