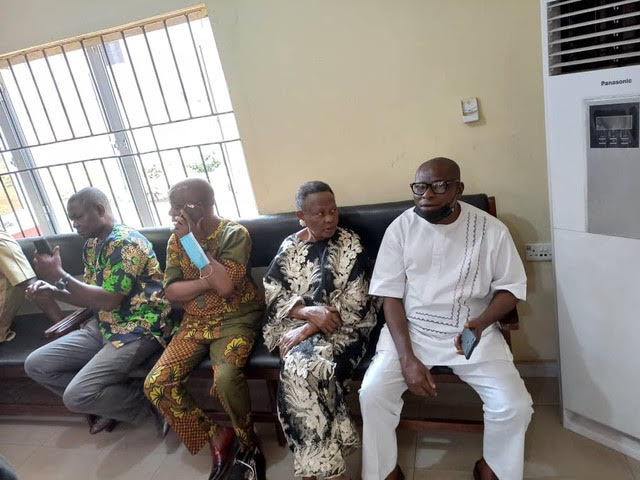 A former Rector of the Federal Polytechnic, Ogwashi-Uku, Delta State, Dr. Edna Mogekwu, has been sentenced to jail for refusing to honor invitations on allegations of corruption from the Independent Corrupt Practices and Other Related Offences Commission (ICPC).

Dr. Mogekwu, who was sentenced to a two-year, one-month jail term, as well as three principal officers of the institution who were also convicted, were charged before Justice Marshal Umukoro, of the Delta State High Court, Asaba, by ICPC over their failure to appear before investigators to clear themselves of allegations of corruption.

The principal officers convicted alongside the Rector by the court to one-month prison term each are a former Registrar, Collins Onyenwenu, a former Bursar, Andy Ughusuena, and a former Director of Works of the Polytechnic, Joseph Idabor.
ICPC had earlier filed a 5-count charge against the convicts before Justice Umukoro, in which it accused them of repeatedly refusing to honor invitations from the Commission.

ICPC Counsel, Ogochukwu Iwoba, had told the court that the Rector and her accomplices who were under investigation for acts of corruption by the Commission failed to appear for interrogations when they were required.

The offences, allegedly committed in 2015, also consists of their refusal to honour an order to produce documents required by investigators of the Commission, contrary to Section 28 (1) (b) of the Corrupt Practices and Other Related Offences Act, 2000 and punishable under Section 28 (10) of the same Act.

Justice Umukoro, at the conclusion of the trial, found them guilty on four out of five counts and therefore sentenced the trio of the Registrar, Bursar, and Director of Works to one-month imprisonment accordingly.

The Rector was found guilty on counts one, two, and three out of the five counts by the court. Justice Umukoro ruled that she would therefore serve one-year imprisonment for counts two and three and one month’s jail term for counts one. The sentences will run concurrently, the court ruled. 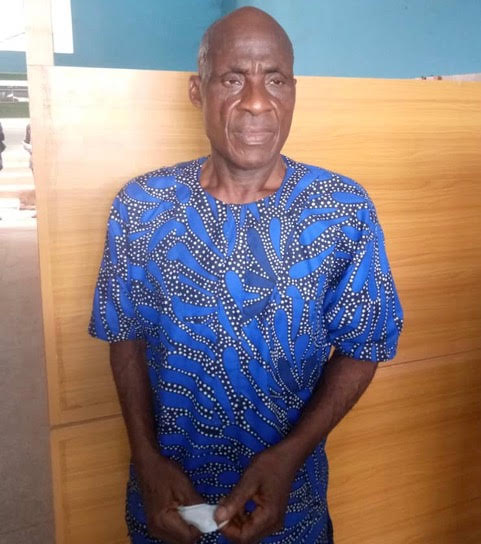 An Anambra State High Court, in Awka, presided over by Justice Arinze Akabua, has sentenced a former Treasurer with the Anambra State Ministry of Finance, Innocent Ezeonwuka, to 11 years imprisonment for defrauding pensioners of N66.5 million.

Onwuka, who was a Sub-Treasurer with the Ministry, was accused by the Independent Corrupt Practices and Other Related Offences Commission (ICPC) of diverting monies meant for the payment of gratuities to retired civil servants under Aguata Sub-Treasury, Anambra State.

The Commission, in a three-count charge, averred that the convict abused his office by conferring a corrupt advantage on himself when he embezzled N66,520,564.62 meant for paying gratuities of the retired staff of the Aguata Sub-Treasury.

Counsel to ICPC, Enosa Omoghibo, told the court that the convict committed the offense between June 2009 and June 2011 when he diverted the entire N66.5 million released by the state government for payment of gratuity to retirees.

The court heard that the former Treasurer was posted to Aguata Treasury office within the period and in defiance to the lawful directives issued to him by the then Permanent Secretary of the Ministry of Finance to pay gratuities of retired civil servants under the Aguata Sub Treasury, diverted the monies released to other purposes thereby leaving the affected beneficiaries in want and penury. 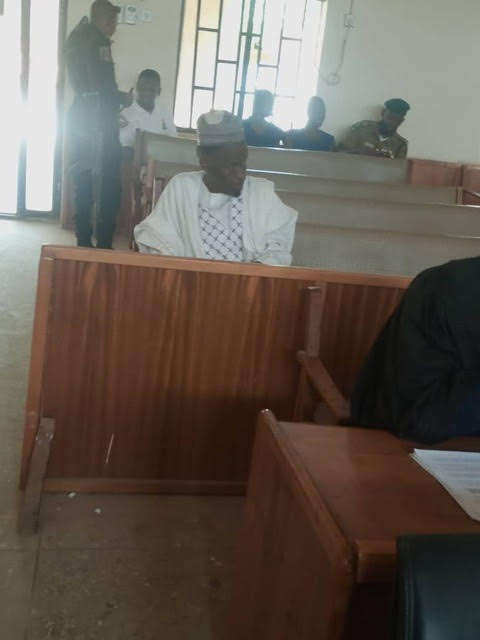 A Gombe State Secondary School Principal, Mr. Bello Muhammed Abubakar, has been arraigned by the Independent Corrupt Practices and Other Related Offences Commission (ICPC), over alleged fraudulent activities and other ancillary offenses.

The Commission, in a 2-count charge brought before Hon Justice Halima S. Muhammed of Gombe State High Court 2 sitting in Gombe, told the Court that the accused person had defrauded unsuspecting admission seekers to the tune of the Three Million, Eight Hundred and Eighty-Four Thousand, Two Hundred Naira only (N3,884,200:00).

The charge reads in part: “That you Bello Muhammed Abubakar (m) between the period of 2009 to 2014 or thereabout at Gombe within the jurisdiction of this Honourable Court did obtain by false pretense the sum of N3,884,200:00 from unsuspecting admission seekers under the guise of offering them admission into Mukhtar Polytechnic Gombe and Goni Mukhtar College of Education Gombe State. And you thereby committed an offense contrary to Section 1(1)(a) and punishable under Section 1(3) of the Advanced Fee Fraud and Other Related Offences Act, 2006.”

ICPC, in a Charge No: GM/128C/2021 averred that Mr. Abubakar had obtained by false pretense the above sum when he illegally operated the following institutions: “Mukhtar Polytechnic, Goni, Mukhtar College of Education, and Goni Mukhtar Linguistic Centre,” all in one block of three classrooms in Gombe State between 2009 and 2015.

Counsel to ICPC, Mashkur Salisu, informed the Court how the School Principal was perpetrating the said offenses before he was nabbed by operatives of the Commission during an intelligence-led operation.

The Commission has since shut down the said illegal institutions in which the accused person was operating.  The defendant’s actions are contrary to Section 13 and punishable under Section 68 of the Corrupt Practices and Other Related Offences Act, 2000, and Section 1(i) of the Advanced Fee Fraud Act, 2006.

When the accused person was admitted to take his plea, he pleaded not guilty to all the charges when they were read to him. Counsel to the accused, Mr. A.B. Ebrany moved a bail application in favor of his client which was not opposed by the prosecution counsel.

The trial judge, therefore, granted the accused person bail in the sum of Two Million Naira (N2,000,000) and two sureties in like sum who must be residents within the jurisdiction of the court and must depose to an affidavit of means. Failure of which he would be remanded in Gombe Correctional Centre. 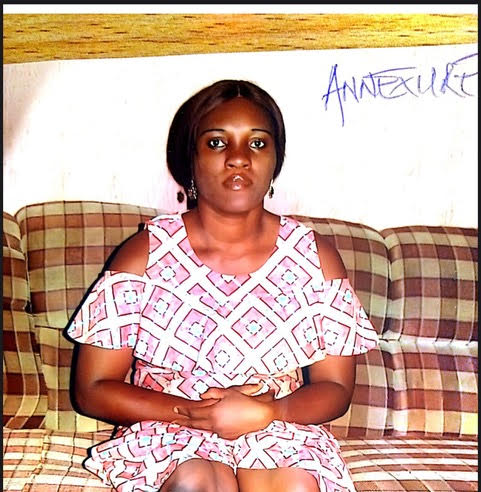 A former Revenue Officer with the National Orthopedic Hospital, Enugu, Mrs. Dorothy Chigozie Amalili, has been sentenced to three years in jail for defrauding the hospital of N4.6 million.

Mrs. Amalili, who was jailed by Justice K. Okpe, of the Enugu State High Court, sitting in Enugu, was accused by the Independent Corrupt Practices and Other Related Offences Commission (ICPC) of diverting N4,644.030.00 belonging to the hospital into personal use.

The Commission, in an amended 6-count charge, had accused her of knowingly furnishing false statements in respect of money received in order to conceal her actions while performing official duties as a revenue officer.

ICPC Counsel, Enosa Omoghibo, averred before the court that her offenses which were committed between February 2017 and December 2018, were contrary to Section 16 of the Corrupt Practices and Other Related Offences Act, 2000 and punishable under the same section of the Act.

The convict, while performing her duties would write the actual amounts collected from patients on the original copy of the receipts, while writing lesser amounts on the duplicate and triplicate copies of the same receipts kept in the Accounts Department for audit purposes, which enabled her to remit lesser sum of money than the actual amount collected to the hospital, thereby fraudulently retaining the difference. She, through this deceitful means, was able to defraud the hospital of N4,644.030.00, over a period of time.

Justice Okpe, at the conclusion of the trial, found her guilty on all six counts. He, therefore, sentenced her to six months imprisonment for each of the counts which will run concurrently.
The convict was also given an option of a fine in lieu of custodial sentence by the trial judge for being a Person Living with Disability (PLWD). Her right leg had been amputated due to a diabetic foot ulcer.

The sentencing further includes the convict making a refund of the entire sum she embezzled to the National Orthopedic Hospital, Enugu. She will refund the balance of N4,544,030.00 to the hospital after an initial repayment of N100,000. The money will be taken from her Pension Funds domiciled with IBTC Pensions into the ICPC Recovery Account under the TSA as recovery for and on behalf of the Hospital.