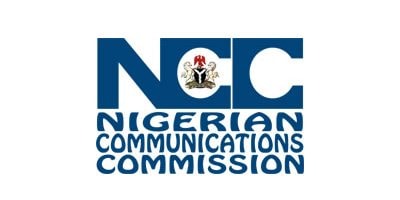 …“I wish to officially announce that NCC has received and confirmed payments from MTN and Mafab for their acquisition of 1 slot of 100Mhz each in the 3.5Ghz spectrum auction” – Danbatta

The Executive Vice Chairman of the Nigerian Communications Commission (NCC), Prof. Umar Danbatta, officially confirmed the payment status today, February 24, 2022, just as the deadline was set for the two winners of the spectrum auction elapsed.

As part of the auction process emplaced by the Commission in the Information Memorandum (IM), three companies, namely MTN Nigeria, Mafab Communications Ltd, and Airtel Networks Ltd submitted bids with an initial bid deposit (IBD) of $19.74 million, representing 10 percent of the Reserve Price of the 3.5GHz Spectrum by the close of the Bid submission date of November 29, 2021.

Following the successful auction on December 13, 2021, and the emergence of MTN and Mafab as winners, they were required to pay the balance of the bid amount of $253.86 million on or before February 24, 2022.

However, aside from the $273.6 million payment, MTN paid an additional $15.9 million, being the bidding sum is offered at the assignment state of the spectrum auction, making it clinch its preferred Lot 1 (3500-3600 Megahertz-MHz) in the 3.5Ghz spectrum; while, Mafab Communications, which bided lower at the assignment stage, consequentially settled with Lot 2 (3700-3800Mhz) at no extra cost.

Confirming the payments by the two licensees, Danbatta said: “I wish to officially announce that NCC has received and confirmed payments from MTN and Mafab for their acquisition of 1 slot of 100Mhz each in the 3.5Ghz spectrum auction, which was successfully conducted by the Commission on December 13, 2021. They both met the deadline of February 24, 2022, as set by the Commission”.

“Arising from this and on behalf of the Honourable Minister of Communications and Digital Economy, the Board and Management of the NCC, I wish to congratulate the MTN and Mafab for this feat, as we look forward to accomplishing other deployment timelines in the 5G deployment roadmap, as articulated in the National Policy on 5G Networks for Nigeria’s Digital Economy”, Danbatta stated.

For meeting the payment deadline, Danbatta has commended the two companies for their commitment to 5G deployment drive through their private investments, which he said, was a demonstration of the licensees’ belief in the sound regulatory environment in the Nigerian telecommunications sector.

Danbatta also expressed appreciation to the Federal Government for its support and commitment to the deployment of 5G technology in Nigeria which, he said, will bring substantial network improvements, including higher connection speed, mobility, and capacity, as well as low-latency capabilities to communications services in Nigeria.

The Commission published a Public Notice on its decision to award two lots of 100MHz Time Division Duplex (TDD) available in the 3.5 GHz band through an auction process, to support the delivery of ubiquitous broadband services for the deployment of 5G technology in Nigeria.

The Auction was held successfully on Monday, December 13, 2021, at the Transcorp Hilton Hotel, Abuja with the three bidders competing for the available two lots in which the Commission adopted the Ascending Clock Auction format that ended after Round 11, and proceeded to the Assignment Stage.

Industry stakeholders and observers have commended the Commission for the auction process, described as efficient, fair, well-organised, and transparent; as well as designed to deliver the ideal outcome which saw the strongest bidders emerge as winners, raising a substantial amount for the Federal Government and setting the stage for the next phase in Nigeria’s 5G roadmap. 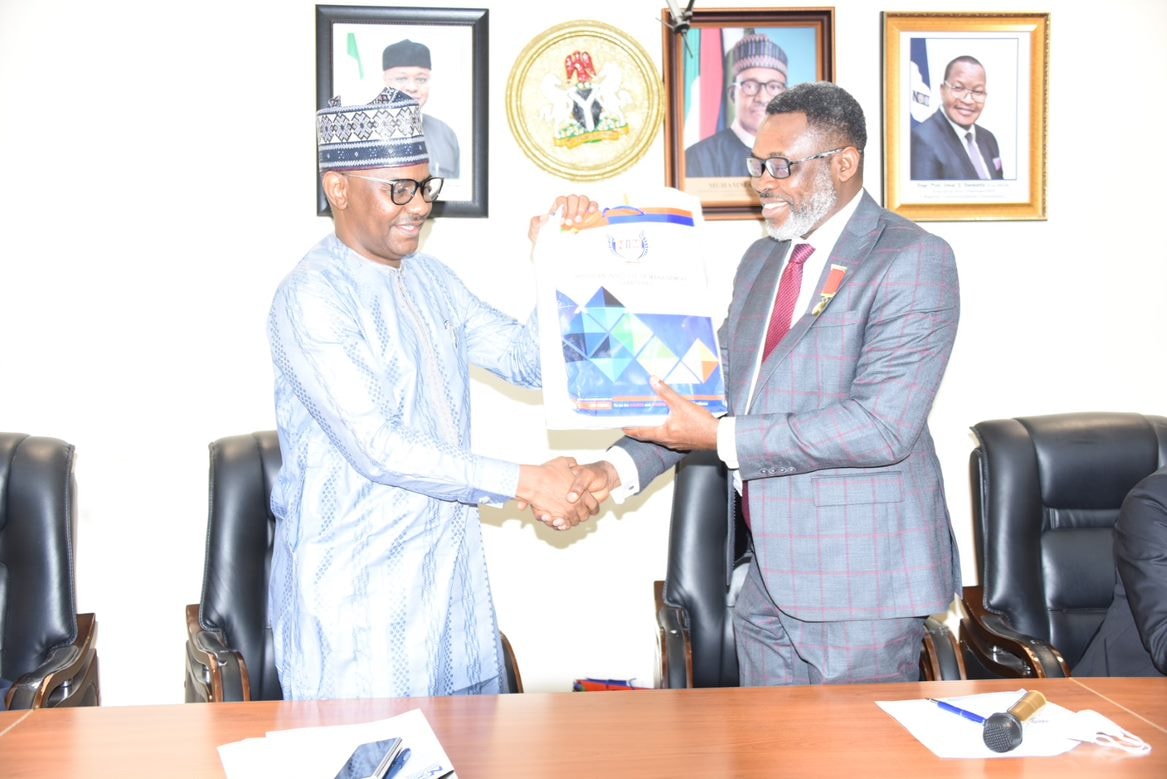 The Nigerian Communications Commission (NCC) has once again reiterated its stance on professionalizing its workforce and strengthening collaborations with strategic partners such as the Nigerian Institute of Management (NIM) in order to enhance operational efficiency.

The Executive Vice Chairman (EVC) of NCC Prof. Umar Danbatta, stated this while receiving a delegation led by the Acting Registrar and CEO of NIM, Jude Iheanacho, who paid a courtesy visit to the NCC Head Office recently.

Director, Human Capital and Administration, Usman Malah, who represented the EVC at the event, noted that the Commission places a high premium on capacity building and is implementing policies geared towards achieving this vital objective. Malah also said that it was in the Commission’s best interest to deepen its collaboration with NIM, through strategic partnering, so that NCC can improve organisational efficiency and regulatory excellence.

Speaking further, Malah declared that the Commission’s faith in the transformational capacity of skilled human resources is demonstrated by the Commission’s support to staff who are members of the Institute. The support includes prompt payment of membership fees for its staff; and subscription to and participation in NIM’s mandatory capacity building programmes for members.

Malah promised to make recommendations to the Management of the Commission to take additional steps in solidifying the strategic relationship, such as setting up a joint committee of the two bodies to draw up modalities for inter-agency collaboration.

Iheanacho, in his response, lauded NCC for its positive contribution to the telecommunications sector and also said a highly-skilled, highly professional workforce was needed to regulate the dynamic, competitive, and highly intellectual world of telecommunications. The NCC, Ihenacho observed, has been an exemplary public sector institution noted for its proactive, all-inclusive engagement of stakeholders in the telecoms sector.

The NIM Chief Executive, who acceded that there was a need for strategic partnership between the two organisations, also declared that there were a variety of emergent upskilling programmes by NIM aimed at ensuring that Nigeria was in tune with global trends.

Iheanacho also informed the Commission that programmes such as the Mandatory Continuing Professional Education Programme; and the Continuing Learning and Development programmes were examples of programs that dealt with contemporary issues in management which NCC can leverage for improved workplace efficiency.

The reception of the NIM team and the interaction took place at the NCC Conference Hall and was attended by the Head of Administration at NCC, Ibrahim Aliyu; Head of Human Capital, Safiya Jijji, who was represented by Folorunsho Mesele, a Principal Manager in the Human Capital Department.

NCC Advises On Automatic Updates Of Antiviruses To Avoid Vulnerabilities 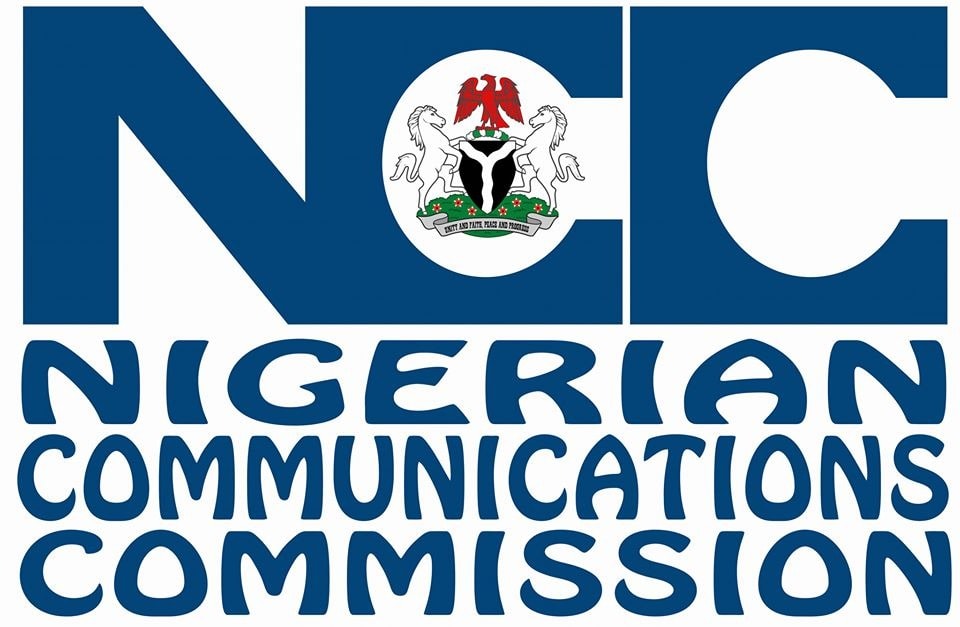 NCC Advises on Automatic Updates of Antiviruses to Avoid Vulnerabilities

The Nigerian Communications Commission (NCC) has advised telecom consumers and other Information and Communications Technology (ICT) end-users on the need to always enable automatic update features for AVAST and AVG antiviruses to prevent potential cyber vulnerabilities.

This was contained in a new advisory released by the Computer Security Incident Response Team (CSIRT), the cybersecurity centre for the telecom sector established by the Commission, in continuation of its resolve to always keep Nigerians safe in cyberspace.

The advisory noted that cyber vulnerability in AVAST and AVG Antiviruses can lead to attacks on millions of devices with high impact in terms of consequences to the ICT user. The threat types as a result of this vulnerability are Bypass Authentication, Remote Code Execution, and Unauthorised Access while consequences range from Privilege Escalation, Bypass Security Products, Overwrite systems Components and corruption of the Operating System.

“Two vulnerabilities identified as CVE-2022-26522 and CVE-2022-26523 targeted the “Anti Rootkit” driver of Avast antivirus (also used by AVG) allowing an attacker with limited privileges on the targeted system to execute code in system mode (kernel mode) and take complete control of the device. Moreover, the vulnerabilities allow complete take-over of a device, even without privileges, due to the ability to execute code in kernel mode,” the CSIRT said in the advisory. 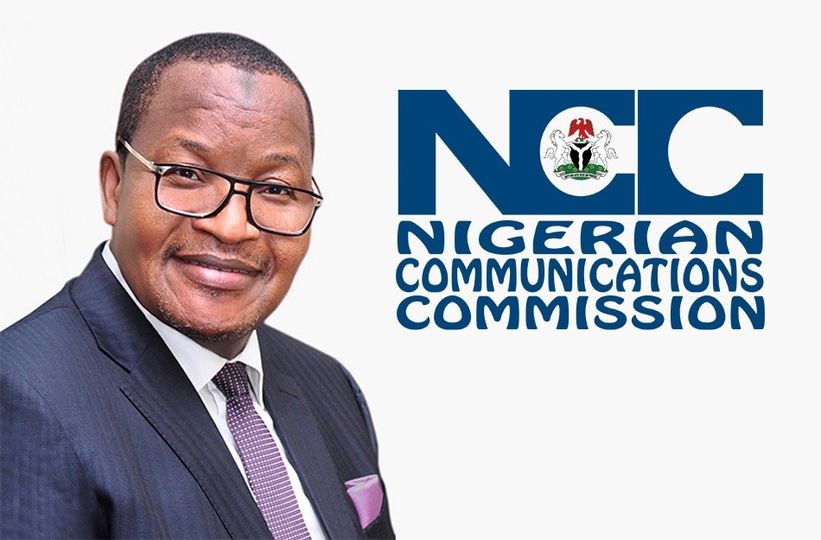 Danbatta described the choice of the Minister as chair of the Forum as a worthy recognition of Nigeria’s leadership role in the global digital economy ecosystem, noting that Nigeria has continued to hold a front-row seat in the promotion of information and communication technology (ICT) as a driving force for national development since the assumption of office of the Minister.

“On behalf of the Board, Management, and Staff of the Nigerian Communications Commission, I want to express our profound delight and congratulations to the Honourable Minister of Communications and Digital Economy, Prof. Isa Ali Ibrahim Pantami, on his well-deserved appointment by the International Telecommunication Union (ITU) to chair this year’s WSIS Forum”, Danbatta stated.

“The appointment did not surprise us at NCC, given the important role the Hon. Minister has been playing in driving fundamental digital economy policies, being implemented by agencies under his supervision, in order to boost the diversification policy of the Federal Government,” the EVC said.

“We are, therefore, happy to associate with the Minister on this feat, as it means greater recognition for Nigeria. The appointment is an indication that the world has continued to take notice of the giant strides of Nigeria’s digital economy under the supervision of the Minister.

The NCC will continue to do everything within its regulatory mandate to further support the Federal Government’s drive for ubiquitous, affordable, and accessible digital services across all nooks and crannies of the country,” Danbatta said.

Following consultations with various stakeholders, the ITU recently notified the Minister via a letter, of his appointment as the 2022 WSIS Chairman.

The ITU is orgainsing the WSIS 2022 Forum in collaboration with other agencies with the United Nations with a focus on “ICTs for Well-Being, Inclusion, and Resilience: WSIS Cooperation for Accelerating Progress on the SDGs”.

As has been noted elsewhere, the appointment of Prof. Pantami has given Nigeria, and indeed, the African continent, the unique role of coordinating the activities of the WSIS in its 20th year, following the WSIS Phase I meeting which took place in 2003.

The WSIS Forum 2022, which will be attended by several high-level stakeholders, including Cabinet Ministers from ITU countries, will serve as a key platform to discuss the role of ICTs as a means to bolster the implementation of the Sustainable Development Goals targets. The discourse will take place in the context of the mechanism for follow-up and review of the implementation of the 2030 Agenda for Sustainable Development (UNGA Resolution A/70/1).

The WSIS Forum also provides an opportunity to track the achievements of WSIS Action Lines in collaboration with the UN Agencies involved and provides information and analysis on the implementation of WSIS Action Lines since 2005. The Forum aims at enhancing cooperation, partnership, innovation, exchange of experiences, and good practices in ICTs for sustainable development across the world.