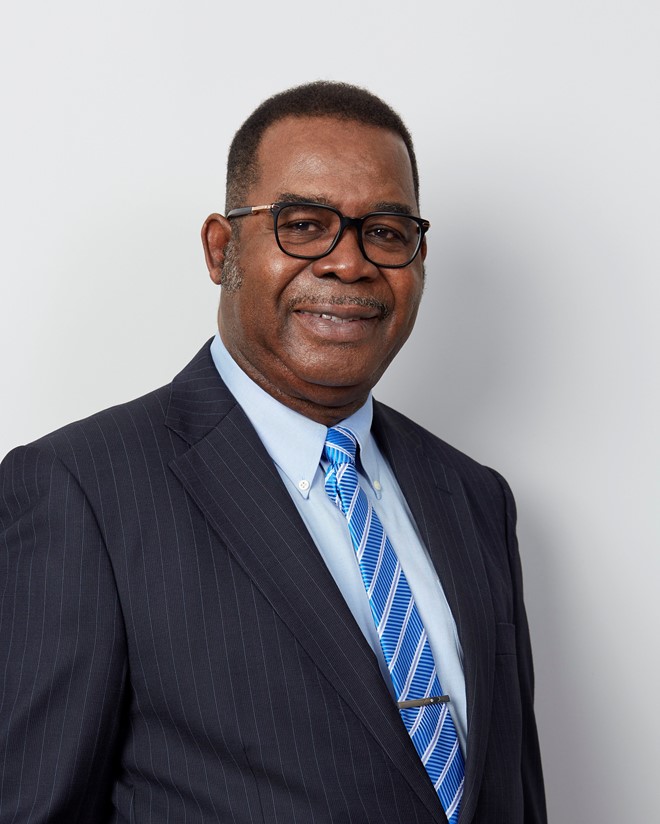 Seplat Energy PLC, a leading Nigerian energy company dual-listed on both the Nigerian and the London Stock Exchanges, has announced that Mr. Basil Omiyi, CON, has been appointed as the Company’s new Independent Non-Executive Chairman, effective immediately.

His appointment follows a thorough assessment of internal and external candidates and was approved after a unanimous vote by all Directors of Seplat Energy, in compliance with the Companies and Allied Matters Act in Nigeria (“CAMA”).

Mr. Omiyi has been a member of Seplat Energy’s Board of Directors since March 2013 and as Senior Independent Non-Executive Director from 1 February 2021. During this period, he sat on the Company’s Remuneration, Nominations & Governance, Energy Transition, and Risk Management & HSSE committees.

His experience in the energy industry is extensive, with more than 40 years at Royal Dutch Shell, during which time he held senior roles in Nigeria and Europe, including becoming Managing Director of Shell Petroleum Development Company of Nigeria in 2004 and in addition, Country Chairman of Shell Companies, Nigeria, until his retirement in 2009.

Mr. Omiyi has held several leadership positions in the Nigerian oil and gas industry, including Chairman, Upstream Industry Group (Oil Producers Trade Section, Lagos Chambers of Commerce & Industry) from 2007-2010;  Chairman of the Energy Sector of NEPAD Business Group, Nigeria, and Board Member NEPAD Business Group, Nigeria from 2005-2010; Chairman, of the Oil & Gas Commission of the Nigerian Economic Summit Group from 2005-2010; and Board Member, Nigerian Extractive Industry Transparency Initiative (NEITI) 2007-2010. Mr. Omiyi is also the Independent Non-Executive Chairman of Stanbic IBTC Holdings, a subsidiary of Standard Bank Group, a post he has held since 2015.

In 2011, he was awarded the national honour of Commander of the Order of the Niger for pioneering leadership in Nigeria’s oil and gas sector.

Dr. Charles Okeahalam joined the Board in March 2013 as an Independent Non-Executive Director is Chairman of Seplat Energy’s Finance Committee, and is a member of the Energy Transition, Remuneration, and Nominations & Governance committees.

Dr. Okeahalam has extensive corporate finance and capital markets expertise and in particular, detailed knowledge of African financial markets, economies, and the investment industry. He was a co-founder of AGH Capital Group, private equity and diversified investment holding company based in Johannesburg, with assets in several African countries. Prior to co-founding AGH Capital Group in 2002, he was a Professor of Financial Economics and Banking at the University of the Witwatersrand in Johannesburg.

“As the founders of Seplat Energy Dr. ABC Orjiako and Mr. Austin Avuru step off the board and the Company moves into the next chapter of its development, Seplat has once again demonstrated its commitment to strong corporate governance in delivering on its promise of appointing an Independent Non-Executive Chairman.

Mr. Basil Omiyi has been a leading figure in the Nigerian oil and gas sector and also with Seplat Energy, has joined its Board in 2013 and helped it to achieve a dual listing in April 2014. His vast depth of experience and his detailed knowledge of Seplat Energy will be invaluable as we continue to evolve and mature the company. He has provided invaluable guidance as an Independent Director and I look forward to his continued leadership as our new Independent Non-Executive Chairman.

We will also benefit from the considerable expertise of Dr. Charles Okeahalam as Senior Independent Non-Executive Director, especially his experience and knowledge of Africa’s economies and its financial markets.

Under their guidance, we will continue to expand and consolidate our position as Nigeria’s leading energy company and the partner of choice to deliver energy transition for Africa’s largest economy and its rapidly growing population.”

Seplat Energy Plc, a leading indigenous Nigerian energy company with a strategic focus on Nigeria, is listed on the Premium Board of the Nigerian Exchange Limited (“NGX”) (NSE:SEPLAT) and the Main Market of the London Stock Exchange (“LSE”) (LSE:SEPL). Seplat is pursuing a Nigeria-focused growth strategy and is well-positioned to participate in future divestment programs by the international oil companies, farm-in opportunities, and future licensing rounds.  For further information please refer to the company website, http://seplatenergy.com/ 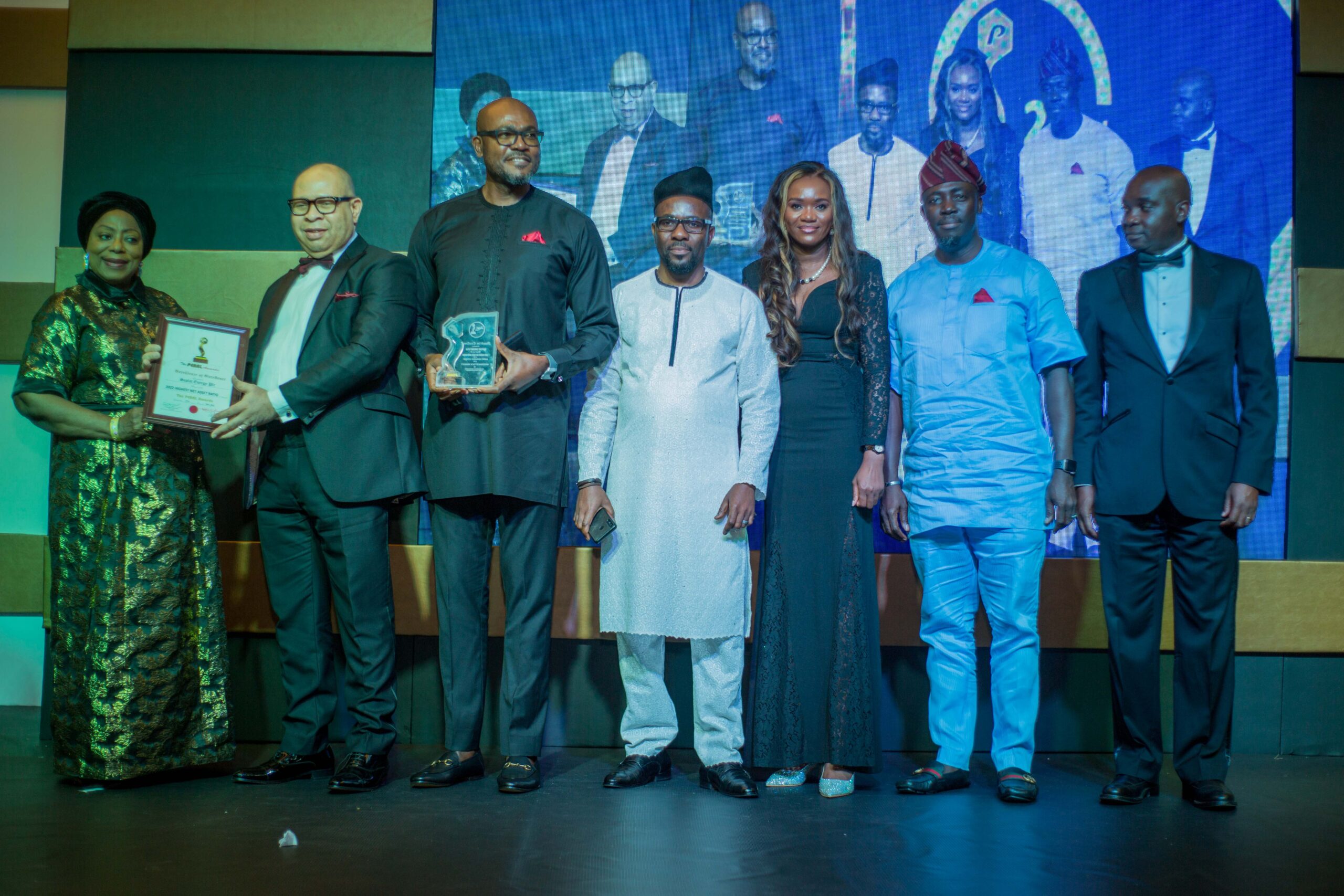 The energy company was announced the winner by the organisers of the award at a ceremony held at Eko Hotel & Suite Victoria Island Lagos on Sunday night.

The return on net assets (RONA) ratio compares a firm’s net income with its assets and helps investors to determine how well the company is generating profit from its assets. The higher a firm’s earnings relative to its assets, the more effectively the company is deploying those assets.

The Board of Governors of the PEARL Awards Nigeria congratulated Seplat Energy Plc for emerging as the winner of the prestigious 2022 Highest Net Asset Ratio Award in the Market Excellence Awards Category for companies quoted on the Stock Market.

Orekoya said: “Over the years we have built and sustained a legacy through the PEARL Awards and this is attested to by the high reputation and credibility which corporate Nigeria and other stakeholders ascribe to the Awards Project for its impartiality and reliance on verifiable indices to determine the yearly winners.

The Chief Financial Officer, Seplat Energy, Mr. Emeka Onwuka, also commenting on the award, expressed appreciation of the Board, Management, and Staff of Seplat Energy Plc on the recognition, saying the feat remains a call for more work.

Onwuka said: “We thank the Board of Governors of the PEARL Awards Nigeria for this honour.

“At Seplat Energy Plc, our commitment to excellence and global best practices is unwavering. The Company had its sights set on the global business arena from its inception. Therefore, in April 2014 and in line with its vision of being a world-class energy company delivering premium value to all stakeholders, the company accomplished the historic feat of being the first Nigerian company to be listed on both the Nigerian Stock Exchange (now The Nigerian Exchange) and the main market of the London Stock Exchange – the world’s most respected international market for the admission and trading of equity, debt, and other securities.

“The main motive behind Seplat Energy’s vision of listing in two jurisdictions was the great desire to build a company that would stand the test of time and stands shoulder-to-shoulder with other global players from other climes. This award tonight reaffirms this, and for us, this is a call for more work.” 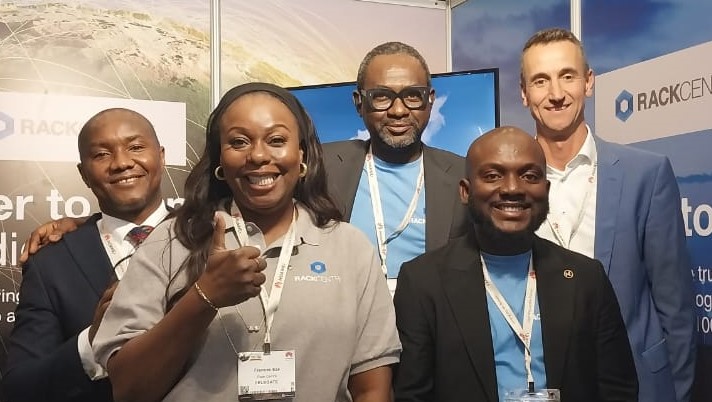 Jasper Lankhorst is the Group CEO of the Best-Connected Carrier And Cloud Neutral Data Centre In West Africa, Rack Centre

The Group Chief Executive Officer of the best-connected Tier III Carrier and Cloud neutral data centre in West Africa, Rack Centre, Jasper Lankhorst, has restated the company’s commitment to the green economy even as it has vowed to continually enhance its drive for sustainability in its operations.

Speaking during the panel session themed “The Importance of Going Green” for the future of Data Centres in Africa. He explained that Rack Centre, part of the pan-African data centre platform, was undertaking a range of measures that are tailored toward green design principles, some of which include switching from diesel to gas power generation, implementing water-efficient cooling systems, implementing low-energy air circulation system and sourcing local materials and services wherever possible.

According to him, the organisation is switching its power source from diesel to gas, not only to save more than $10 million a year in operating costs but also to reduce carbon footprint, reduce environmental impact and align with global sustainability data centre design trend.

He further noted that, though customers are demanding a sustainable strategy for the business, hence, the choice of going green, though capital-intensive, should be sustainable. They must be as energy efficient as possible and use reliable, low-carbon sources of power to ensure uninterrupted operations, which is in line with the organisation’s prime aim to provide 100% uptime.

“In addition to the existing Rack Centre LGS 1 data centre in Lagos, which supports 1.5MW of IT power, our campus is now being expanded with a new building, the LGS 2 facility which supports 12MW of IT power. This provides a total IT power of 13.5MW in the Nigeria campus, built using modern, efficient and green design architecture. We have a principle known as KIA – Keep In Africa, and it’s a philosophy we use in our design and the procurement process to make it sustainable with the availability of local knowledge and local skills to be able to build and operate it,” he added.

In June 2022, Rack Centre became the first International Finance Corporation (IFC) EDGE-certified data centre in Europe, the Middle East, and Africa. It is officially making this the first Green Certified Data Centre in Africa. It is the most connected facility in the region according to its PeeringDB ranking and links every country on Africa’s Atlantic coast.

The Carrier and Cloud neutrality advantage allows customers to manage traffic to get better value, lower latency, and higher resilience and creates an open market for partnerships between customers, networks, cloud and content providers, the Internet Exchange Point of Nigeria, and managed service providers.

Rack Centre’s clientele includes 53+ telecommunication carriers, Internet Service Providers (ISPs), global Tier 1 networks, and pan Africa international carriers, including direct interconnections to all five undersea cables serving the South Atlantic Coast of Africa including Equiano and in the foreseeable future 2Africa and every country on the Atlantic coast of Africa. 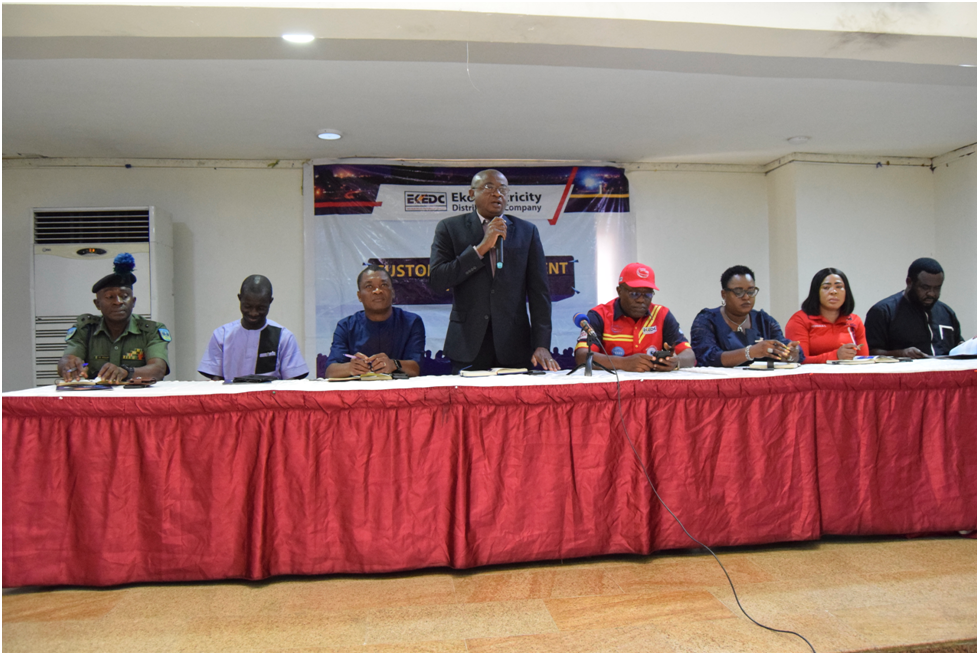 Eko Electricity Distribution Company (EKEDC) has assured it will upgrade its service delivery in Orile and Apapa environs at customer engagement forums held on November 10 and 17 respectively, in continuation of its strategic plan to engage electricity consumers across its franchise area for improved service delivery based on feedback.

The Managing Director/CEO of Eko DisCo, Dr. Tinuade Sanda, who was represented by the Chief Financial Officer, Joseph Esenwa at the forum said in continuation of the DisCo and stakeholder engagement to get on-the-spot feedback and review for possible upgrades in the areas of power supply, billing, metering, vandalism, and other factors mitigating service delivery to customers.

Mr. Esenwa thanked customers for making time out of their busy schedules to attend the session, ‘’we do not work in isolation, we are here to listen, and share ideas because we believe in a good relationship, it’s a mutually beneficial meeting, we aim to serve you, and we want to know what we have to do to improve our services” he said.

Mr. Esenwa said EKEDC has learned from engagement over the years that the major issues between the customers and the company are estimated bills, he said the DisCo has no reason to increase the bills as he described EKEDC as a retailer who purchases electricity in bulk then sends to customers.

For those who are yet to collect their prepaid meters, he said some customers had applied and paid for the prepaid meters under the MAP scheme registered without providing the right biodata when registering for the scheme.

Mr. Esenwa said, “While the commitment to install prepaid meters for customers under the MAP Scheme is critical, we have noticed that some customers provided wrong details including their valid means of identification. There is nothing we can do until they come forward to address the issue.

“Some of the incorrect details include wrong addresses, emails, applicants’ reference numbers, and invalid means of identification. The invalid biodata has delayed the issuance of receipts for the processing of the meters.

He further assured customers in Apapa and Ijora Districts respectively that the DisCo would soon visit the areas under the district to launch the mobile metering exercise for the on-the-spot applications of customers to support the existing online process of acquiring prepaid meters by customers under the MAP scheme.

Esenwa further reiterated that “The Meter Asset Provider Scheme has enabled customers to procure meters directly and be metered within 72 hours of payment confirmation and urged other customers to take advantage of the window to access their prepaid meters.