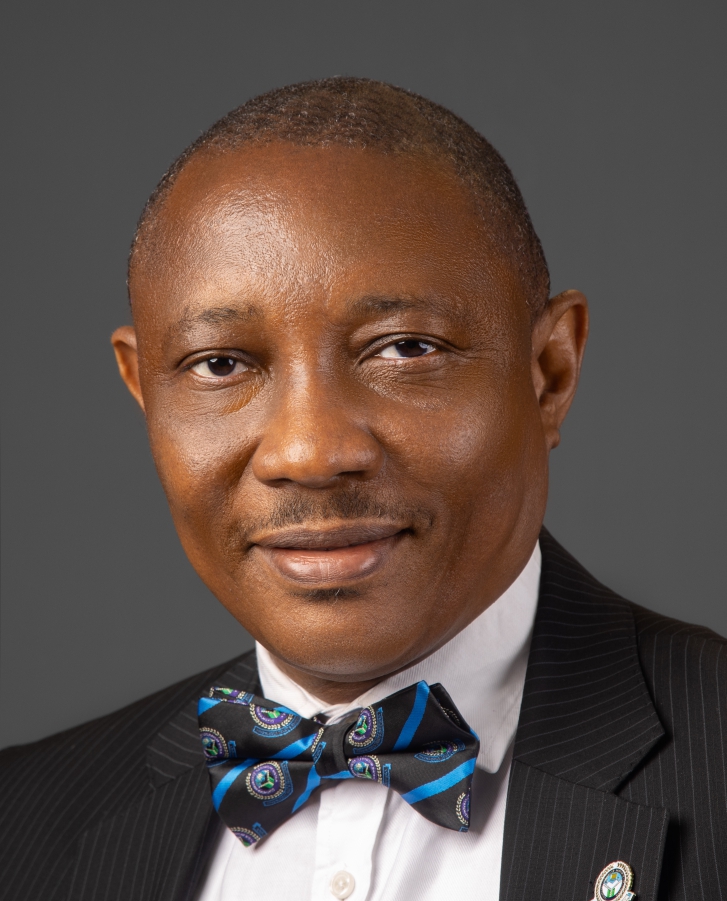 The Chartered Insurance Institute of Nigeria (CIIN) is set to inaugurate Mr. Edwin Igbiti as its 51st President/Chairman of Council.

He is next in line to handle the baton after the successful completion of Mr. Muftau Oyegunle’s tenure at the helm of affairs since 2020.

Igbiti, a seasoned professional with an inestimable depth and wealth of technical experience that is acknowledged across the industry, Igbiti has managed relationships between the company and several international partners and affiliates and is a solution-proffering, team-spirited leader with excellent interpersonal skills. Igbiti has worked in various capacities, including underwriting sales and claims management in the insurance industry. Before joining AIICO Insurance Plc in 1992 as a Deputy Manager, he started out working at Phoenix Insurance Company as an underwriting trainee. The years he spent working there apparently helped to prepare him for the long and successful career he has had thus far in the industry.

The investiture ceremony, which is scheduled to hold today, will bring Mr. Igbiti on board as the next President as well as the Chairman of the Council of the premier professional body in the country.

Mr. Igbiti is one of Nigeria’s most prominent business executives. With an outstanding educational background and many years of professional experience, he has written his name in the sands of history as one of the strongest and most renowned voices in the insurance industry and the corporate business environment in Nigeria.

He showed much interest in the insurance business from a very early age and little wonder that he became an Associate of the Chartered Insurance Institute of London in 1990.

Similarly, the insurer has garnered outstanding professional certifications both within and outside Nigeria such as an Executive Leadership Programme from Howard University School of Business and the Chief Executive and Directors Programme from the Management School in London.

He is a seasoned professional with depth and wealth of technical expertise having worked in various capacities, including underwriting, sales, and claims management in the insurance industry.

He started his professional sojourn at Phoenix Insurance Company as an Underwriting Trainee before moving to AIICO Insurance Plc where he worked for several years and provided managerial, strategic, and operational leadership in uniquely challenging situations with verifiable evidence of achieving revenue, profit, and business growth objectives.

He served as the General Manager, Non-Life Underwriting at AIICO Insurance Plc between January 2010 to September 2013. During this period, he was responsible for the overall performance of the General Insurance Division. He rose to the position of the Group Managing Director/Chief Executive Officer, AIICO Insurance Plc in 2013 where he was responsible for running and supervising the affairs of the Company and its subsidiaries (AIICO Pension, AIICO Capital, and AIICO Multishield).

In those years he served as the GMD of AIICO, he recorded giant strides which contributed hugely to the company’s overall growth.

Mr. Igbiti also served briefly as the Managing Director of Niger Insurance Plc before moving to Quicklink Insurance Brokers Limited as a top management staff where he is active to date.

Aside from being an insurance professional, Edwin is a chartered member of the Nigerian Institute of Management, a certified Business Continuity Systems Lead Auditor from the British Institute, UK, and an alumnus of the Howard University Business School, U.S.A.

He is a Member of the Institute of Directors (IoD) and was once a Council member of the Nigerian Insurers Association (NIA). 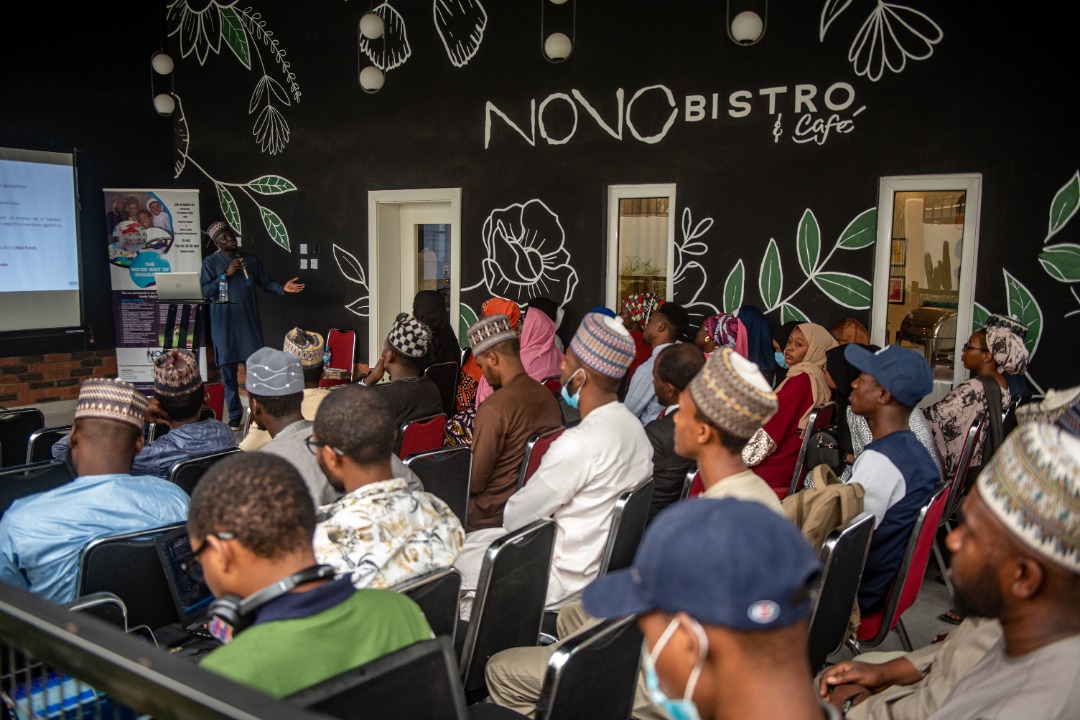 While delivering his presentation during the hangout, the Vice-Chairman, Noor Takaful Insurance Limited, Mr. Aminu Tukur, explained the concept of Takaful insurance.

Tukur stated that it was imperative for Nigerians, especially residents of Kano, to take advantage of the unique opportunities the company has provided by subscribing to any of the numerous offerings.

He said it was important for business owners to take a particular interest in insurance to save them from unwanted losses.

According to him, Takaful insurance operates in line with the principles of Sharia, stating that all non-permissible elements of conventional insurance have been filtered to enable them to subscribe.

He further disclosed that the offerings available under Takaful insurance were open to Muslims and non-Muslims, urging every Nigerian to subscribe to any policy.

A raffle draw was held at the event, and three people emerged as lucky winners. Each of the lucky winners got the opportunity to pick any insurance policy worth N50,000.

The event also offered an opportunity for attendees to network and see areas where they could work together to unlock opportunities.

Some of the attendees commended the organizers for the illuminating session.

Stanbic IBTC Holdings PLC, a member of Standard Bank Group, has taken the bold step to ensure the Super Eagles of Nigeria wins the ongoing African football tournament, the African Cup of Nations (AFCON), in Cameroun.

Late last year, Stanbic IBTC and the Nigerian Football Federation (NFF) announced a meaningful partnership that would see Stanbic IBTC, through its insurance subsidiary, Stanbic IBTC Insurance Limited, provide Group Life Insurance cover worth N1.73 billion and Total Personal Accident insurance cover for each player of the national team, to the tune of N583 million annually for the next three years.

By this development, Stanbic IBTC becomes the official insurance sponsor of the Super Eagles as the MoU signed between the financial organisation and the NFF came into effect officially this year, 2022. According to Dr. Demola Sogunle, Chief Executive, Stanbic IBTC Holdings PLC, the partnership is predicated on youth empowerment, which is one of the pillars of the institution, and football development.

Amaju Pinnick, President of NFF, further explained that the partnership is in huge favour of the players.

The 2022 AFCON tournament has 24 participating teams. Nigeria bringing home the cup is currently the most anticipated expectation. Unlike previous years, the Super Eagles will go head-to-head with the Pharaohs of Egypt in the anticipated match, knowing that Stanbic IBTC Insurance fully covers them. 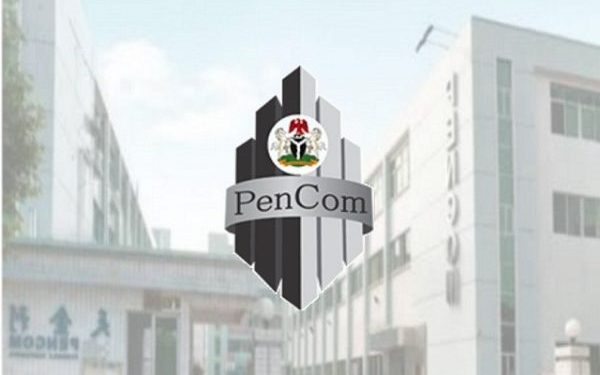 Having made contributions toward targeted projects, 17 contributors to the Micro Pension Plan (MPP) have withdrawal N4.38 million from their savings portion in the first quarter of 2021.

The National Pension Commission (PenCom) on withdrawals from the contingent portion of micro pension contributions, said six Pension Fund Administrators (PFAs) processed and approved requests amounting to N4,375,646.34 from 17 MPP contributors during the period under review.

PenCom also noted that during the quarter 19 PFAs registered 3,292 contributors under the Micro Pension Plan, stressing that in the same vein, a total sum of N16,711,942.25 was remitted to the RSAs of 435 contributors during the period.

The pension sector regulator said 105 Micro Pension Participants, within the same period converted to the mandatory Contributory Pension Scheme (CPS) and the sum of N963,136.42 was transferred to their respective RSAs.

The Director-General, PenCom, Mrs. Aisha Dahir-Umar, said the Micro Pension Plan was designed to fit the peculiarities of the informal sector groups, adding that PenCom had extensively engaged all relevant stakeholders and obtained their inputs before the product was developed to suit their requirements.
She posited that the product is flexible with respect to contribution amount and the channel of remittance of contributions to the respective pension accounts, stressing that access to accumulated contributions is also flexible, seamless and facilitated by technology through varied payment system platforms.

According to her, a prospective Micro Pension contributor is required to open a Retirement Savings Account (RSA) by completing a physical or electronic registration form with a Pension Funds Administrator (PFA) of his/her choice, and the contributors may make contributions daily, weekly, monthly or as may be convenient to them.

She stated that every contribution shall be split into two, comprising 40 per cent for contingent withdrawal and 60 per cent for retirement benefits, adding that the contributor may, based on his/her needs, periodically withdraw the total or part of the balance of the contingent portion of his/her RSA, including all accrued investment income thereto.

The contributor, she said may also choose to convert the contingent portion of the contributions to the retirement benefits portion and the remaining balance in the RSA shall be available to the contributor upon retirement or attaining the age of 50 years.

“Pursuant to its regulatory and supervisory mandate, the Commission had established a separate Department dedicated to the supervision of all matters relating to Micro Pension Plan, including enforcement of compliance with the Guidelines and customer complaint handling and resolution. Our objective is to ensure efficiency and effectiveness in service delivery as well as transparency and accountability in the administration of the product by licensed pension operators,” she said.
She stated that guaranteed minimum pension will be given, provided the contributor made contributions for a cumulative period of not less than 120 months and the RSA balance at retirement shall not be less than N500,000.

She maintained that the plan is expected to significantly expand pension coverage to greater number of Nigerians and further generate additional long term funds for Nigeria’s economic development, adding that the Commission would collaborate with relevant stakeholders to sensitize and enlighten the target participants and members of the public on the features and benefits of the Micro Pension Plan.