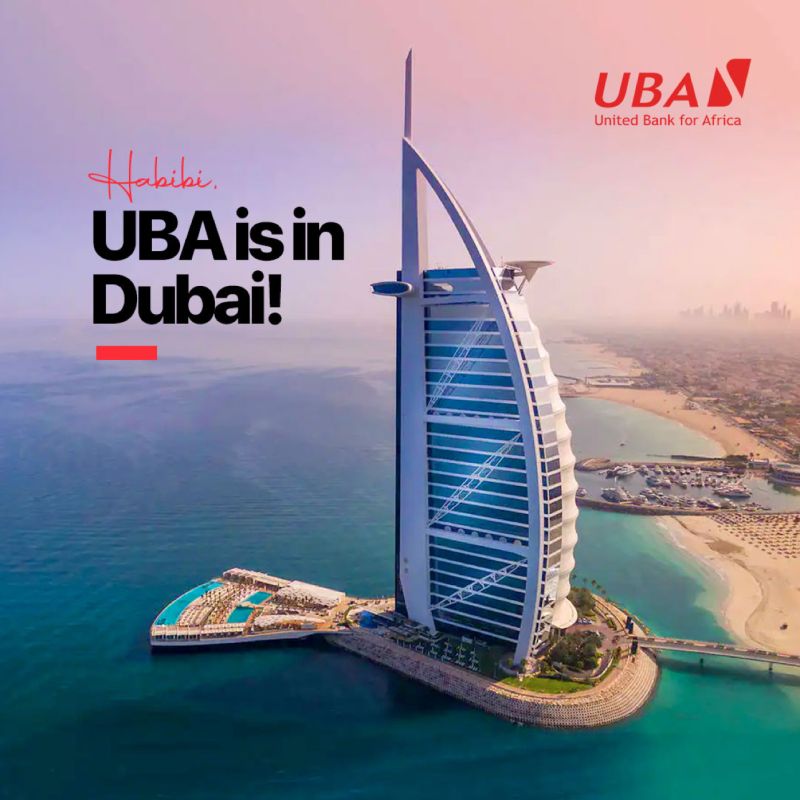 In December 2021, UBA received its banking license to commence operations in the United Arab Emirates (UAE). The Nigerian tier-1 bank is extending its operations to the oil-rich Middle East country with the official launch of its new branch at the Dubai International Financial Centre (DIFC) in Dubai.

On Thursday, the bank took a step further as Africa’s Global Bank in connecting Africa to the world with the official ribbon cutting and launch of UBA Dubai – DIFC.

This historical milestone is a testament to our vision to remain Africa’s number one financial institution committed to advancing the cause of Africa on the global stage.

The bank in its statement said “the birth of UBA Dubai – DIFC “ is in line with our vision: global in outlook and competence, African by heart and knowledge, and a bridge to the world economy. Over the years, the Gulf, especially the UAE has become an important hub for global trade and also a trade gateway for Africa.

UBA Dubai – DIFC will serve our customers across the Middle East with a core focus on correspondent banking, trade & Treasury, whilst harnessing the opportunities the region has to offer to unlock our untapped economic potential and support the next phase of our continent’s development.

Speaking about the unveiling of the new branch, Tony Elumelu, Group Chairman, United Bank for Africa, said what started as an ambitious dream is today a reality as the bank has expanded its operations beyond Africa, the United States, and Europe to the United Arab Emirates. He tweeted, “Dubai’s strategic position as a thriving global trade hub at the intersection of Asia, Europe, and Africa makes it an ideal market for our 35 million+ customers to leverage their businesses and boost their global footprint.” 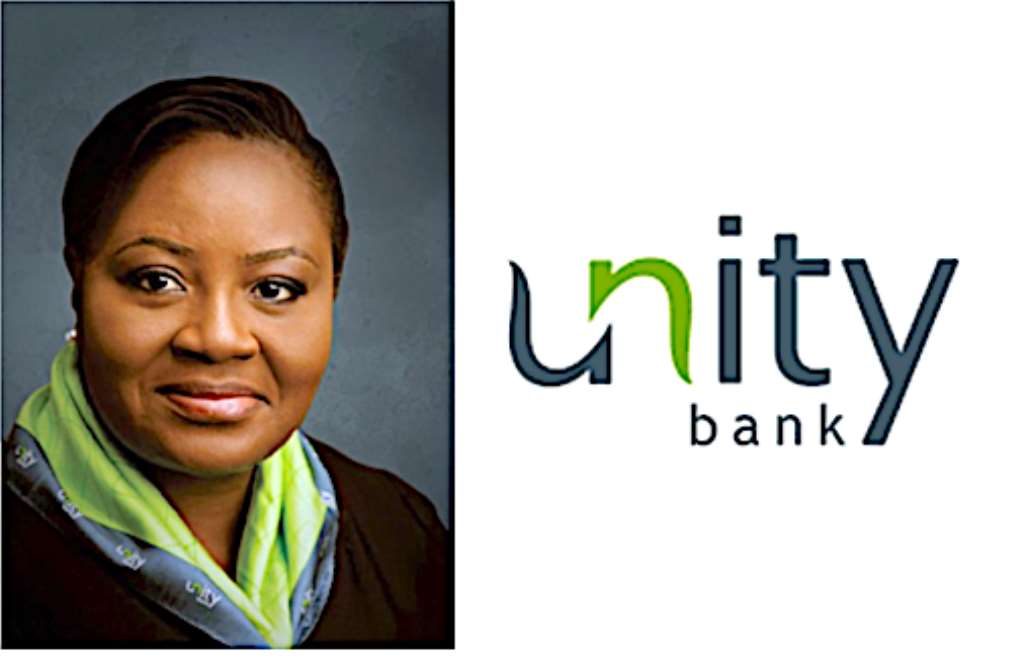 Starting this August, the lender shall deploy strategic marketing campaigns leveraging several channels including the traditional and digital media to drive value proposition and increased adoption of the Yanga product.

The Yanga account, which was launched by the lender in November 2021 in line with Unity bank’s strategic vision of being “Nigeria’s retail bank of choice” debuted in four geographical locations: Mararaba/Nassarawa state, Ibadan/Oyo state, Uyo/Akwa Ibom state and Gombe/Gombe state.

Commenting on the new Yanga Market Penetration Campaign, the Divisional Head, Retail and SME, Mr. Olufunwa Akinmade stated that “having launched the Yanga Account, unveiled Veteran Actress, Sola Sobowale as “Mama Yanga’’, the new campaign is intended to further provide the engagement platform to empower core target of the product existing in our communities and found amongst millions of underbanked women”.

The marketing drive includes a well-targeted television commercial featuring the Bank’s brand ambassador, the award-winning Nollywood actress, Sola Sobowale who was crowned “Mama Yanga” at the launch of the product in November last year because of her strong appeal to the target market. Across the multiple channels deployed for the campaign, “Mama Yanga” will be sharing the stories of how Yanga is empowering women and changing lives across Nigeria.

Yanga is available to all women entrepreneurs nationwide, even as the Bank continues to drive strategic activations of the product across various locations in the country. So far, the activation train has been to Lagos, Nasarawa, Gombe, Akwa Ibom, Port Harcourt, and Ibadan.

Seeking to promote financial inclusion and cater to the unbanked women entrepreneurs, the new retail product is designed to deepen its beneficial impact on Micro Small, and Medium Enterprises, and MSMEs operated by women in the mass-market retail space.

The product comes on the heels of Nigeria’s growing imperative to boost access to financial services by women as a recent EFInA report, suggests, “There are 51 million Nigerian women above 18 years of age, with over 41% of them unbanked.” 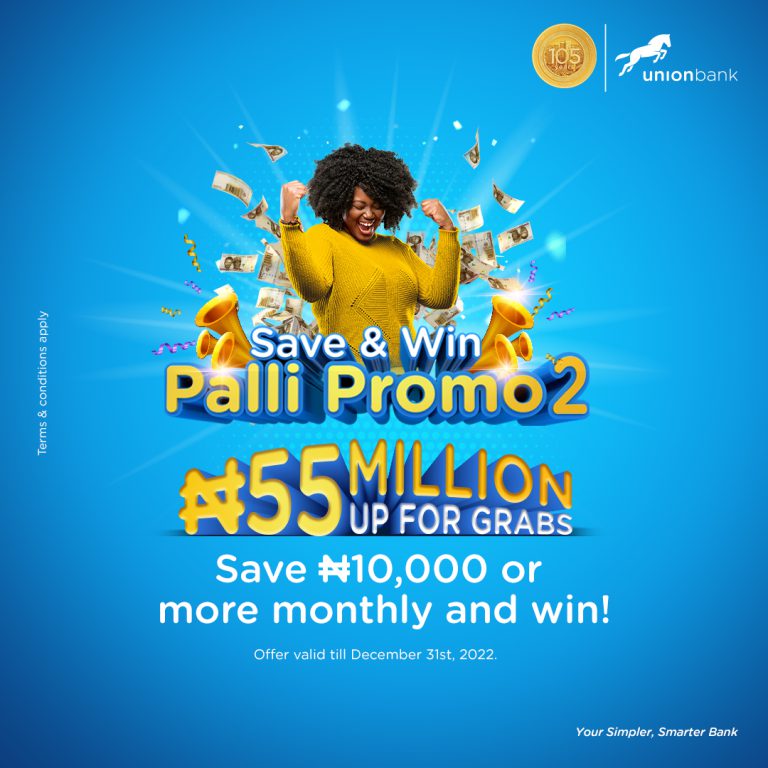 Leading financial institution Union Bank of Nigeria has rewarded the first set of winners in the second edition of its Save & Win Palli promo.

The first live draw of this season, which took place at Union Bank’s Head office in Lagos, saw 50 customers win cash prizes of ₦105,000 each. The winners were selected randomly through a transparent, and electronically generated draw supervised by relevant regulatory bodies.

Save & Win Palli Promo is a nationwide campaign aimed at rewarding customers with cash prices and other exciting gifts worth over N55,000,000. The goal is to encourage and promote a healthy savings culture. The promo is open to new and existing customers who save a minimum amount of N10,000 monthly.

Savers who qualify to participate in the monthly draws stand a chance to win N105,000 each, while 5 winners will go home with N500,000 each in two of the quarterly draws. One lucky customer will snag the star price of N5,000,000 during the grand finale set to hold in December alongside other consolation prices.

Speaking concerning the draw, the Head of Retail Deposits at Union Bank, John Obichie, said: “Union Bank is pleased to reward our customers through initiatives like this that encourage them to save. This promo was introduced to support our customers during these trying times and to reward them for being consistent with their saving habits.

The savings promo which kicked off in July will run until the end of the year and will see more winners emerge during the monthly, quarterly, and end-of-year draws so there’s still a chance to participate and win!

If you are an existing Union Bank customer you can continue to top up your savings in multiples of N10,000 monthly to increase your chances of winning.

Prospective customers can download the UnionMobile app on their mobile phones to open an account or they can simply walk into any Union Bank branch. To reactivate existing accounts, returning customers can call the 24-hour Contact Centre on 07007007000 or also visit any of Union Bank’s branches across the country.

Know More About Union Bank Plc: Established in 1917 and listed on the Nigerian Stock Exchange in 1971, Union Bank of Nigeria Plc. is a household name and one of Nigeria’s long-standing and most respected financial institutions. The Bank is a trusted and recognizable brand, with an extensive network of over 300 branches across Nigeria.

Nigeria’s premium microfinance bank, LAPO Microfinance Bank Limited, (LAPO MfB) has entered into a strategic partnership with the Local Government Summit Group (LGSG), for the delivery of efficient financial services to people at the grassroots.

In a media briefing, Mr. Oluremi AKande, Head, Communications, LAPO MfB, said “ LAPO Microfinance bank is already in the forefront of providing easy access to financial services to economically active poor people in the rural communities across Nigeria, this partnership is in recognition of our deep grassroots impact and underscores our very essence as a pro-poor institution. This partnership shall further boost our drive for financial inclusion and reach to more rural poor people for social and economic empowerment.

While explaining the motivation for the choice of LAPO Microfinance Bank, the Acting Director General, Local Government Summit Group, Mr. Muhammed Strong Tijjani, said, “the group was impressed with the impacts of LAPO Microfinance on the Nigerian economy, especially against the backdrop of the bank being the fifth largest employer of labour in Nigeria. This partnership is imperative against the backdrop of the fact that more than 70 percent of Nigerians live in the rural areas and have for a long time now been excluded economically”, Tijani said.

The partnership is a multi-stakeholders approach aimed at the success of the second edition of the Local Government Summit Roundtable, for which the senate of the Federal Republic of Nigeria has approved 26 and 27, September 2022, to be hosted in Abuja.

On the objective of the Local Government Summit Group, Tijani said, “More than 70 percent of Nigerians live in the rural areas. That number is huge to be ignored. If we are able to re-engineer the local economy and extreme poverty is mitigated at the grassroots level, it will affect security. In short, it will have overall effects on food production because if the rural people are empowered and security is tackled, farmers can now be free to go to their farms, thereby boosting food security.” Local Government Summit Group, a brainchild of Civipact Nigeria, a Research and Advocacy group on issues that pertain to local and grassroots development in Nigeria.

LAPO Microfinance shall continue to explore meaningful partnerships to promote its mandate of social and economic empowerment of members of low-income households and owners of micro small medium enterprises.