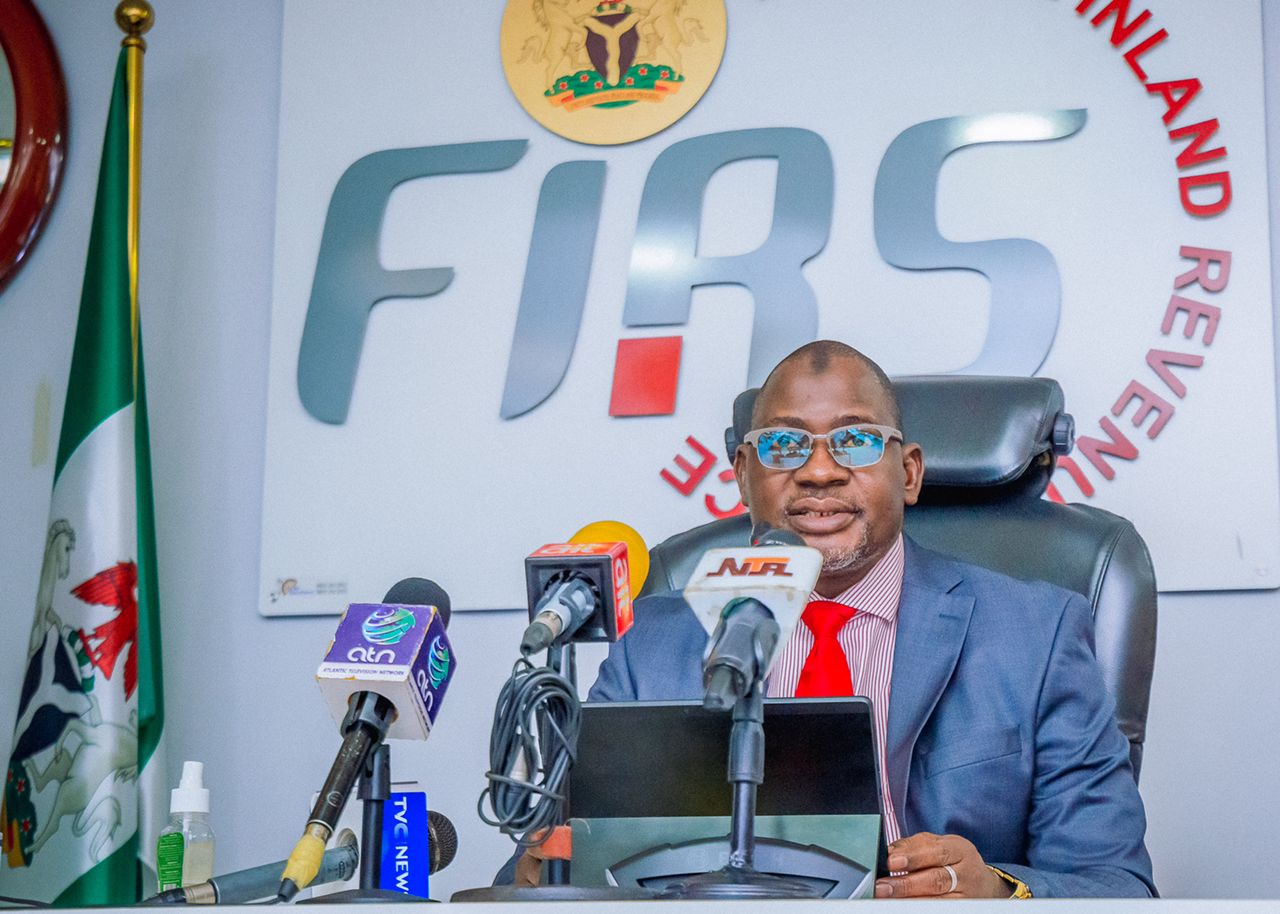 The Executive Chairman of the Federal Inland Revenue Service, Muhammad Nami has stated that a beautiful Nigeria is possible through the proliferation of Entrepreneurship and Industrial Hubs across the Federation, noting that the adoption of this model would create all-around economic transformation.

In his Goodwill Message to Nigerians on the occasion of the country’s 62nd Independence Day anniversary, Mr. Nami urged Nigerians to invest in creating entrepreneurship and industrialization hubs as they hold the “key to unlock the massive economic potentials of the country.”

The Executive Chairman of the FIRS called on States to emulate Ondo State’s Entrepreneurship Village which was set up to groom and harvest talents for the industrialization of the state. He called on other state governments to adopt this model and set up similar hubs in their states as a way of channeling the energies of young Nigerians to productive use.

“Nigeria is a country with limitless potential. We are resilient and talented people, and what these young Nigerians need is the enabling environment to thrive.

“A good place to start is the setting up of Entrepreneurship and Industrial Hubs across every State in the country. This would set off a chain reaction that would turn around the fortunes of the country, and tap into the potentials of our vast young and dexterous population.”

Mr. Nami called on the various state governments to adopt and deploy this model as a strategy to tackle issues of unemployment and insecurity while spurring economic activities in their states.

“The model will take young people away from the streets and put them into productive activities.

“You will be surprised by the amount of jobs that would be created. Multitudes would have their lives changed, and an abundance of economic activities would be sparked across the nooks and crannies of our country in an unprecedented manner. Nigeria has what it takes to lead the world, and this is one way to go, ” Mr. Nami said.

The FIRS boss also used the opportunity to task Nigerians to see themselves as the drivers of the country’s development through their patriotic conduct, such as paying taxes.

“I am a firm believer that each of us has a role to play in building the Nigeria of our dreams. But we can only achieve this when we are patriotic and carry out civil obligations expected from us, such as respect for law and order, paying our taxes, and loyalty to our country.”

MTN, Airtel, Others Appointed By FIRS To Withhold VAT Charged To Them 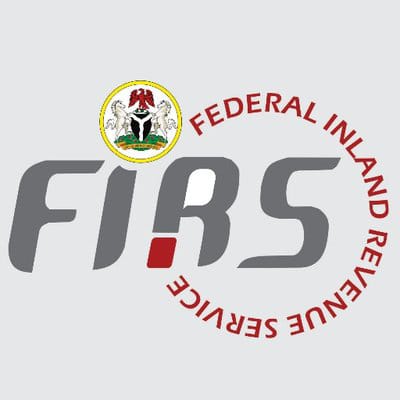 MTN, Airtel, as well as money deposit banks in Nigeria have been appointed by the Federal Inland Revenue Service (FIRS) to withhold Value Added Tax (VAT) charged on all taxable supplies made to them, and remit to the Service.

This is contained in a Public Notice the FIRS issued on the 1st of November, signed by its Executive Chairman, Muhammad Nami, where it explained the role of the companies as well as the obligations of their suppliers with regards to the withholding of Value Added Tax.

“This Notice is given to all persons carrying on a trade, profession or business of any kind, tax practitioners and the general public that, with effect from 1st January 2023; in line with the provisions of Section 14(3) of the Value Added Tax Act Cap. V1 LFN 2004 (as amended), the following companies are appointed to withhold or collect VAT charged on all taxable supplies made to them: MTN; Airtel; and all money deposit banks—as defined by the CBN Guidelines.”

The FIRS noted that these companies were expected to remit the tax they would withhold on or before the 21st day of the month immediately following the month the tax was withheld, in the format prescribed by the Service.

“The tax withheld or collected under this notice shall be remitted in the format prescribed by the Service but separately from VAT due on the companies’ taxable supplies.”

The notice further explained the options that were available to suppliers of these companies whose output tax is withheld.

“A supplier whose output tax is withheld, as provided in this notice, may deduct the input tax paid on the goods purchased or imported to make the taxable supply from the output tax collected on other taxable supplies,

“And where the input tax paid to make the supply is not fully recovered from the output tax on other taxable supplies, the balance is refundable to the supplier; provided that a supplier who is entitled to a refund may utilise the amount refundable to offset future VAT liability or request for a cash pay-out,” the Notice explained.

It further noted that the Service has instituted adequate measures to ensure prompt payment of refundable input tax under this arrangement, while also stating that input tax claims, which include refunds, are subject to the limitations imposed by Section 17(2)(a) of the VAT Act. 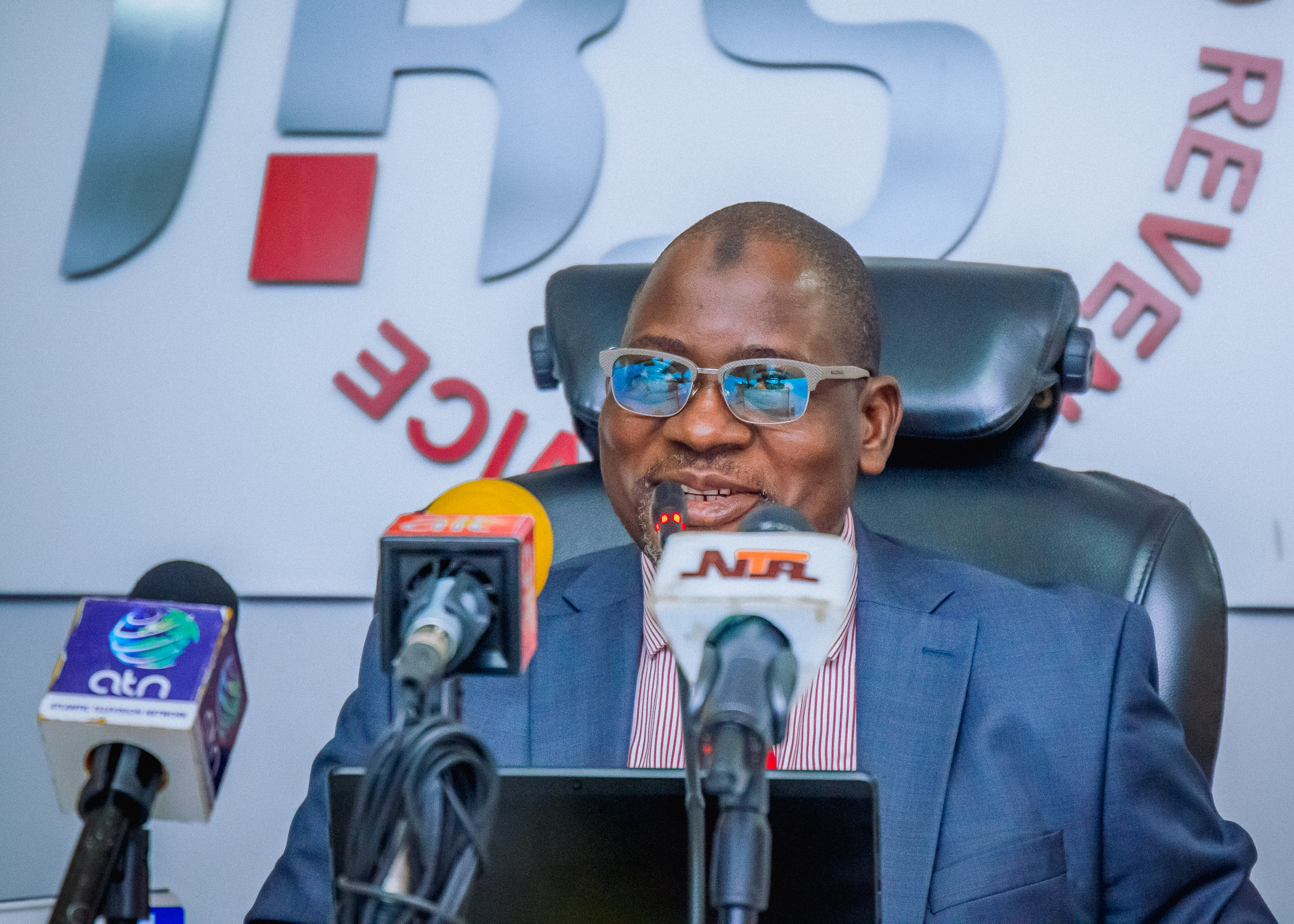 Tax dialogues, which provide a platform for the exchange of diverse ideas on taxation, have been described as a tool for engendering tax compliance through collective ownership of the tax system, as well as a means to strengthen tax systems.

“Dialoguing on tax is very important for many reasons,” he stated.

“Tax dialogue is a multi-sided communication channel that enables every view of to taxation to be aired and considered. By so doing, it lends itself to inclusiveness in the design and implementation of the tax system thereby engendering the spirit of collective ownership which, ultimately, promotes voluntary tax compliance;

“Dialoguing on tax prevents destructive conflicts as no one feels cheated or unfairly treated.

“Examples from history are rife on the importance of engagements on tax issues. For instance, the then British Parliament passed the Tea Act which constrained Americans to buy tea on which duty had been paid without dialoguing with the people.  Consequently, the Act was rejected.  According to Richard Murphy, in his book — the “Joy of Tax” —, one of the complaints cited by those who signed the Declaration of Independence in 1776 was ‘The King which was imposing taxes on us without our consent’.

“When governments do not dialogue with the people on the taxes they wish to impose, they create room for conflict and even rebuff.

“As much as individuals running the apparatus of government are liable to satisfy the yearnings of citizens for public goods, it is the duty of the citizens to supply the resources required. This is the Social Contract.

Mr. Nami further noted that two key drivers of voluntary tax compliance are effective communication and trust, and that “Tax Authorities must develop effective tax communications strategies while governments, at all levels, must ensure taxpayers receive value for taxes paid.”

“The time is ripe for Nigerian tax authorities to start using data to identify all taxable persons, track all economic activities, and determine tax payable.

“Nigeria needs an appropriate statutory framework for a centralised data sourcing, warehousing, analysis, and retrieval system that every tax authority can plug into.”

Muhammad Nami also called for the harmonisation, at all levels of government, of all revenue-generating functions into a single platform under the administration of one revenue authority to reduce cases of uncertainty and instability in the economy. 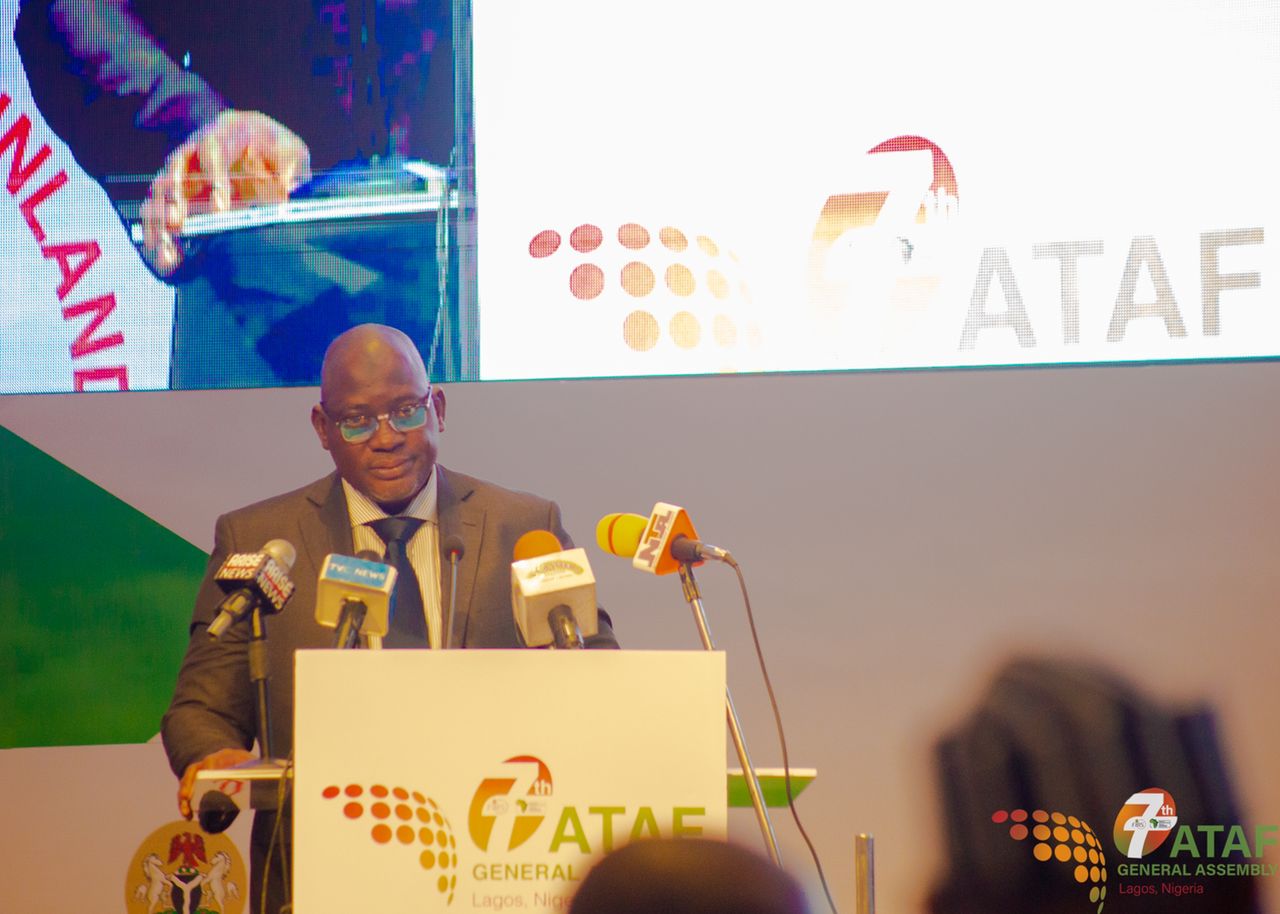 Governments across Africa must begin to rethink governance, engender public confidence and trust in government by providing value for taxpayers’ money in line with their obligations under the social contract they have with citizens.

This was the call made to African Governments by the Executive Chairman of the Federal Inland Revenue Service (FIRS), Muhammad Nami at the Opening Ceremony of the African Tax Administration Forum (ATAF) 7th General Assembly, held in Lagos, Nigeria, Tuesday.

Muhammad Nami who made this call in his opening remarks to the 7th General Assembly, with the theme “Rethinking Revenue Strategies: The Human Face of Taxation,” added that it was imperative for African Tax Administrators to mobilise and speak with one voice as a regional bloc on global tax issues for their collective interests.

“The Fiscal social contract which hinges on the willingness of the citizens to pay tax in return for the provision of public service is a clarion call on the government at all levels in Africa to rethink governance.

“In my view, if we must transform the tax system and enhance revenue collection in Africa, there is a need for the governance at all levels to engender public confidence and trust in government by providing value for taxpayers’ money”, Nami said.

Nami also stated that governments should reconsider how projects are reported in the public space, with such reports communicating to convey the idea that taxpayers’ money’s is used to fund infrastructural projects.

The Executive Governor of Lagos State, Babajide Sanwo-Olu who was represented by the Executive Chairman of Lagos State Internal Revenue Service (LIRS) Mr. Hamzat Ayodele Subair, in the same vein said that there was the need to give taxation a human face, by implementing projects with taxpayers’ moneys that impact the lives of the citizens.

“There is no development without funding. We have amongst others, embarked on major transformational infrastructure projects cutting across transport, health, education, agriculture, technology amongst others.

“These major infrastructural interventions are designed to improve the quality of life of our citizens and re-engineer economic growth and development trajectory with improved productivity of our citizenry, which invariably improves our tax generating abilities.

“In a bid to save the human face of taxation, communication and feedback from the taxpayer is of paramount importance,” Mr. Subair noted.

Similarly, in his remarks, the Executive Secretary of the African Tax Administration Forum, Mr. Logan Wort noted that a critical component of rethinking Domestic Revenue Mobilization is to ensure that government has an impact on the lives of citizens.

“While we consider strategies or frameworks within which to enhance Domestic Resource Mobilization on the continent, we must always put into perspective its primary objective—being the impact on people’s lives as reflected by ATAF’s mandate in the new decade which is to serve the higher purpose of enabling and assisting African governments to mobilize their own domestic resources through taxation in order to build states that foster economic growth and social development in the interest and wellbeing of all their citizens.

“This mandate especially the latter part is one we all share in various capacities across our jurisdictions, and one that must drive our Domestic Resource Mobilization objectives”, Mr. Wort said.

The 7th ATAF General Assembly, which is being hosted by the FIRS, has in attendance tax administrators from 41 tax authorities in Africa. It is the first physical gathering of the forum since the covid-19 pandemic.