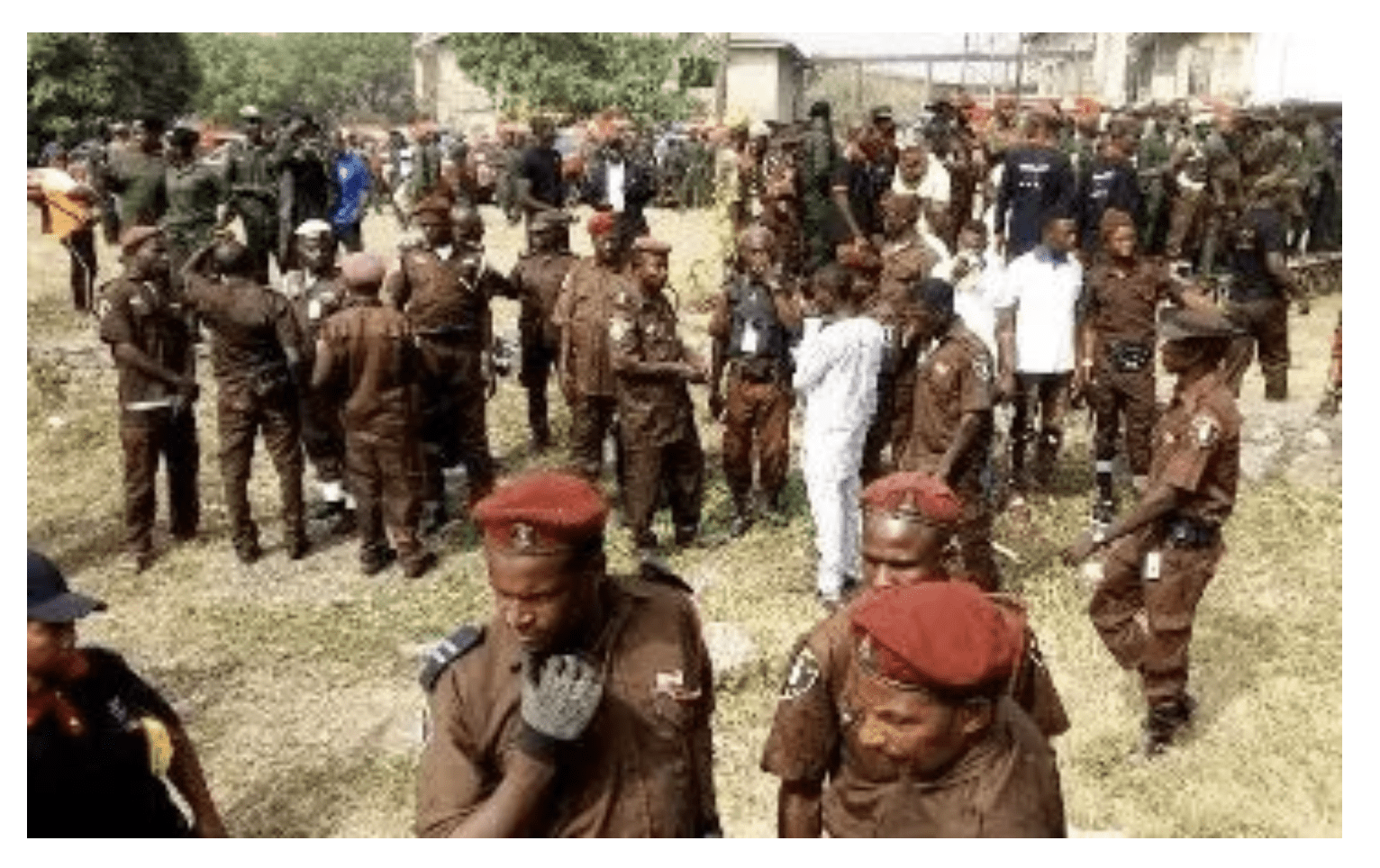 No fewer than seven staff of Dangote Cement, Obajana in Kogi State were shot and several others injured as over 500 armed members of the state’s security outfit, the Vigilantes, stormed the cement factory in the early hours of today (Wednesday) at the instance of the state governor, Yahaya Bello.

Meanwhile, members of the mining and host communities have condemned the Kogi State Government for what they described as the extra-judicial and unlawful deployment of the Vigilantes to cause chaos in the Obajana community.

The vigilante group members were wielding arms of different kinds including local and assorted rifles as residents and passersby scampered for safety.

As of the time of this report, some seven staff of the cement company were being attended to at the hospitals over the gunshot wounds inflicted on them.

A source who identified some of the vigilante men as thugs said most of them were drawn from state vigilantes and hunters who have been working for the state government.

Mr. David Oluruntoba, spokesman for the Oyo Mining host community described the act as primitive and disgraceful, saying the youths of the community can never be used, and will not take part in such ‘evil practices.

He said: “They called us to join them. But I told them that the company has not offended us. We just signed a Community Development Agreement (CDA) and the company has been helping us and providing us with jobs. What has the government done for us, nothing? There is no basis to support the government.”

Speaking in the same vein, the spokesman for Iwaa mining community, Rotimi Kekereowo said: “We would never support the government on this matter. What have they done for us? We don’t have a single political appointment at the State level. Even when we have problems with electricity and flooding, it was Dangote that was helping us. So, I want to repeat it. We will never support them.”

Speaking also, the Olu of Akpata, Fredrick Balogun said he was never contacted and as such cannot justify the unwarranted invasion.

“We are royal fathers, and we will continue to seek the path of reconciliation and amicable resolution of any misunderstanding. We don’t have issues with the company,” he charged.

Mathew Ojonuga, a resident said important issue like flooding in the state which has rendered many homeless has not been attended to only to be chasing private companies that have been providing us with means of livelihood.

He said: “the state government should face the issue of flooding and let the people live in peace. If there are issues, let him employ dialogue and resolve it rather than this kind of use of force.”

At the main gate, a disagreement ensued between the thugs and the few policemen guarding the plant, as they shot sporadically into the air to disperse all staff and Community members. By this time, the vigilantes have succeeded in locking both the entrance and exit gates of the company with many workers stranded. 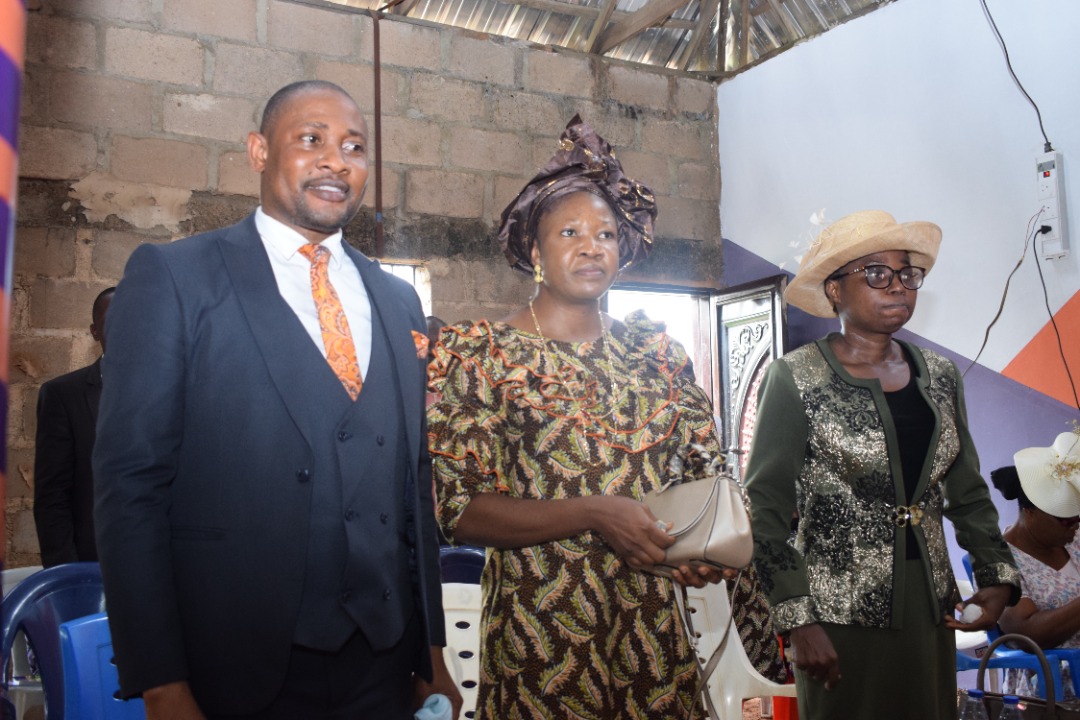 The Redeemed Christian Church of God (RCCG), Truth and Life Area of Lagos Province 98 have helped over 60 worshipers and community members in Ikorodu to achieve self-reliance.

The training was for people intending to pivot into a career in the production of body and hair creams and others or those willing to upgrade their skills.

According to Pastor Nelson Olagundoye, the empowerment scheme is part of the program organized by the Area in Lagos Province 98 to commemorate with Area 24 Women conference for spreading the love of Christ and adding value to the quality of living of Nigerians (Christians or non-Christians).

He also added that the efforts are geared towards ensuring that members are empowered for multiple streams of income for different categories of members to ensure that nobody is left behind. We are laying a strong foundation for tomorrow; we want every member especially women under Area 24 Zone 3 Lagos Province 98 to have a solid foundation in Christ Jesus,” he said.

Speaking at the grand finale of the conference held on Sunday, November 27, 2022, the Wife of the Pastor in Charge of Lagos Province 98, Pastor (Mrs) Helen Adeniyi commended the effort and impact made so far by Pastor Olagundoye and his wife during their short period as pastor-in-charge of the Area. He prayed for enlargement and financial breakthroughs of members of the area as well as Zone and Lagos Province 98.

Pastor (Mrs) Adeniyi in her sermon titled ‘The ever-increasing Christian Woman’ reading from the book of Luke 2:52 and Psalm 115: 14-15, told over 260 congregations in attendance the full meaning of the theme, which is in a combination of ever, increasing, and Christian. She stated that ‘ever’ simply means always, frequently, and forever while ‘increasing’ is greater and Christian is living in life according to the word of God. She continued by encouraging members to imbibe the word of God and seek the face of God in wisdom which is the principal thing. She further encouraged women to be always submissive to their husbands. She also said that in other to receive favour from everyone, we need to know how to relate with people because it is the people, God will use to favour us. She also referred the congregation to the book of Amos 3:3 which stated that ‘can two work together except they are agreed, therefore, we need the help of Almighty God before we can get into the next level of glory, she said.

At the event, the church also celebrated and presented a befitting gift to the pioneer Pastor-in-charge of Truth and Life Parish, Pastor and Pastor (Mrs) Adedayo Adewole for their giant stride in the parish in the last six years. Deacon Adebukola Oshiga after his brief remarks on the history of the parish to the congregation then presented the gift to them on behalf of the church.

The wife of the Pastor-in-charge of the Area and the Convener of the event, Pastor (Mrs) Busayo Olagundoye in her opening remarks, gave glory to Almighty God and everyone who had played one role or the other in making the event a reality. She thanked the wife of the Pastor in charge of Lagos Province 98, Pastor (Mrs) Helen Adeniyi for accepting our invitation as a Special Guest Speaker at the maiden edition of the women’s conference of Area 24.

She also specially appreciated Pastor (Mrs) Toyin Afe, Wife of the Pastor-in-charge of Zone 3, and other Pastors’ wives for creating time to grace the occasion. The program ended with high praise and thanksgiving.

The event had in attendance various dignitaries from the Provinces, Zones, Areas, Parishes, Communities, and other well-wishers. The church of Jesus Christ is marching on. All glory to God. 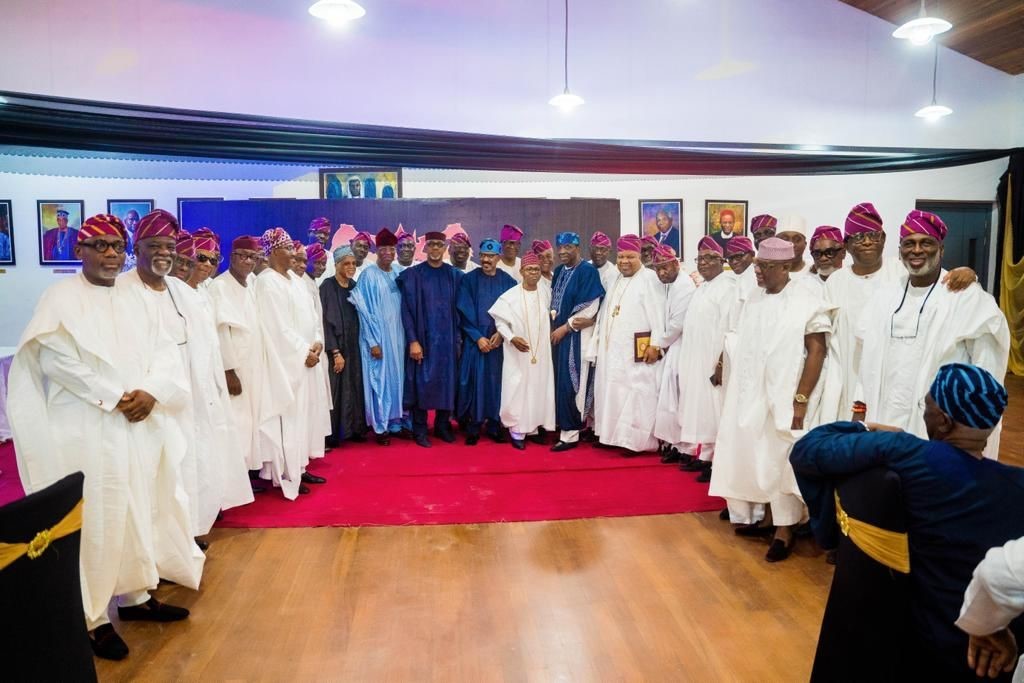