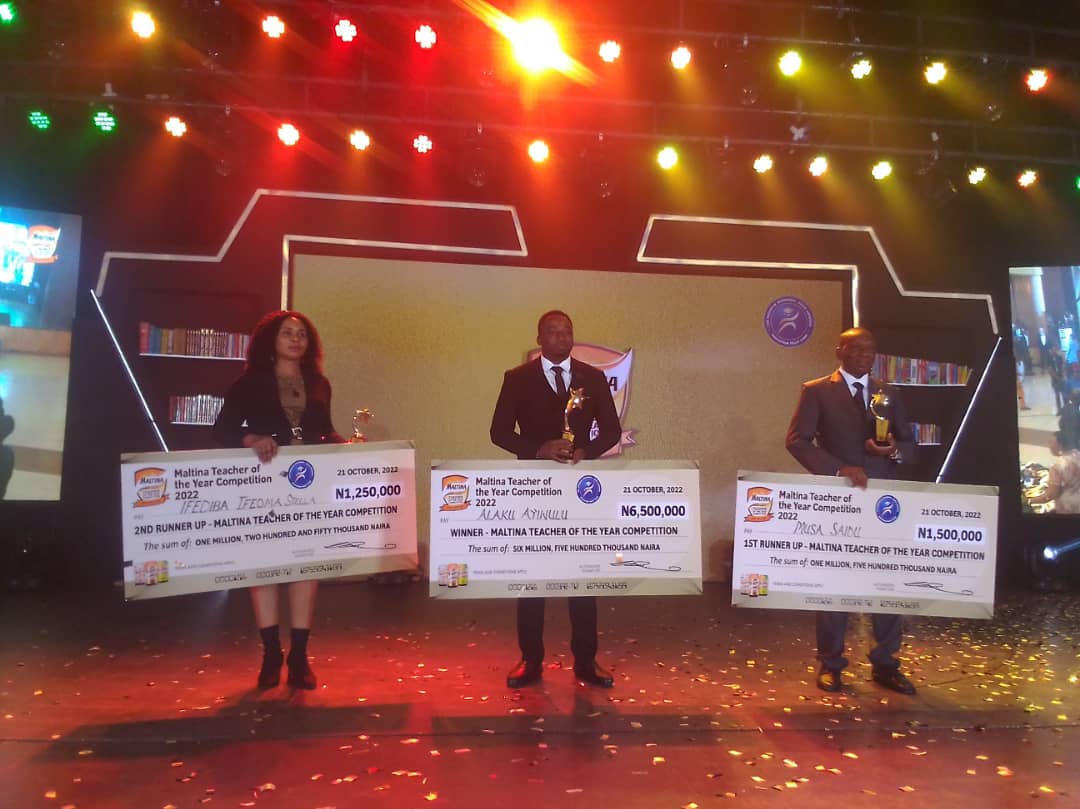 According to the Corporate Affairs Director, Nigerian Breweries Plc, Sade Morgan, a total of 1,027 entries were received for the 2022 awards but 833 entries were valid.

Mrs. Sade Morgan noted that the number of valid entries in 2022 is the highest recorded since 2015 when the award was introduced. The other 10 teachers who emerged as state champions were also rewarded with the sum of N500,000 each.

Being the winner of the 8th edition of the award, Mr. Alaku Ayiwulu will receive a total cash prize of N6.5 million from the Nigerian Breweries- Felix Ohiwerei Trust Fund.

According to the organiser, the winner would receive N1.5 million immediately and N1 million annually for the next five years.

He also has the privilege to participate in an all-expense paid capacity development training abroad and a fully equipped computer laboratory or six-classroom block worth N20 million will be built for his school in his honour.

The teacher award was named after Elder Felix Ohiwerei who was said to have contributed significantly to the success of the company while he held sway.

Speaking, Prof. Osinbajo commended Nigerian teachers for their resilience, commitment, and dedication, saying the reward of teachers is not in material worth but in the success of their products.

He reeled out a long list of his former students which include the former Governor of Benue State, Gabriel Suswam, among other prominent politicians, legal scholars, and diplomats.

In his remarks, the Lagos State Governor, Babajide Sanwo-Olu who was represented by the Commissioner for Education, Folashade Adefisayo, commended Nigerian Breweries Plc for the consistent initiative of the teachers.

Sanwo-Olu said that the award has become a standard of excellence and achievement in the education sector.

“This award is a great innovation that serves to motivate teachers and reward the excellent contribution to nation-building.

“Teaching is a very noble profession because there’s so much responsibility and duty towards students.

“Teachers not only teach and impart knowledge but inspire and motivate students to take positive steps in life. They boost the confidence of students and point them in the right direction,” he said.

He said: “Teachers inspire us to learn about the world around us and unleash our full potential. They do this with compassion, commitment, and care.

“A teacher is a superhero, and we hope you will join us in celebrating several superheroes who will be seated amongst us tonight!

“Thank you for your support and belief in our mission of advancing the quality of education at all levels in Nigeria.

“From an initial start-up grant of N100 Million Naira in 1994, the NB/Felix Ohiwerei Trust Fund has successfully progressed to execute 85 legacy projects nationwide, of which the Maltina Teacher of the Year competition is one of them”.

“After seven (7) years of recognizing, rewarding, and celebrating teachers across Nigeria, we are now set for what promises to be another unforgettable night for the eventual winners and ultimately the 2022 Maltina Teacher of the Year.”

Now in its 8th edition, the Maltina Teacher of the Year competition is a platform created to identify, showcase, and reward exceptional teachers in public and private secondary schools across the country.

It is funded by the Nigerian Breweries-Felix Ohiwerei Education Trust Fund, which was set up in 1994 to advance the quality of education at all levels in Nigeria, in line with the United Nations Sustainable Development Goal, SDG 4.

The initiative is supported by the Federal Ministry of Education and other stakeholders in the education sector including the Nigeria Union of Teachers (NUT), All Nigeria Confederation of Principals of Secondary Schools (ANCOPPS), and Teachers Registration Council of Nigeria (TRCN). 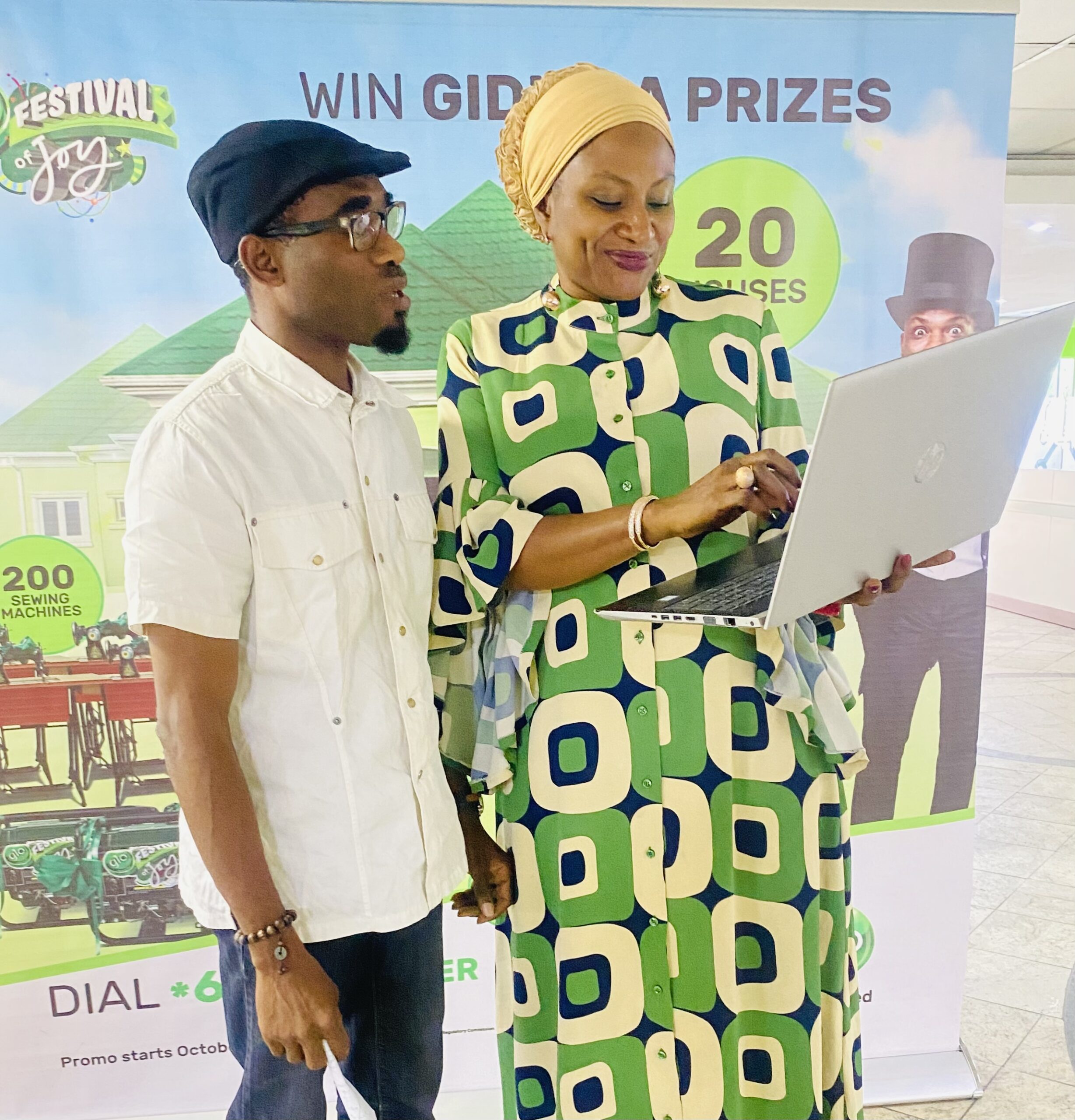 Abuja, the federal capital city, on Thursday hosted another draw to produce a new house winner in the ongoing Glo Promo, Festival of Joy.

Globacom said the keys to the house would be presented to the lucky winner in Abuja on Friday, December 2.

The draw which was held at Gloworld, Aminu Kano crescent, Wuse 11, was attended by Glo subscribers, the media, and the representative of the National Lottery Regulatory Commission (NLRC), Mrs. Mariam Imam.

Two subscribers,  Ibrahim Akindele, a student of Ekiti State University, and Ola Owonifari Joseph, a Port-Harcourt-based Engineer had earlier been presented with their house prizes in the ongoing promo which is offering 20 houses, 24 brand new cars, 100 generators, 200 sewing
machines and 1,000 rechargeable fans to Glo subscribers nationwide.

Globacom said, “subscribers wishing to participate in the promo to dial *611# and keep recharging for voice and data (as desirable) during the promo period in order to be eligible to win the prizes on offer”.

“To become a Festival of Joy landlord, all you have to do is make data subscription(s) of at least N20, 000 during the promo period. Those who are interested in winning cars should make a monthly recharge of N10,000; N5,000 monthly recharge for power generators, N2,500 monthly
recharge for sewing machines and N500 weekly to win rechargeable fans”, Globacom explained. 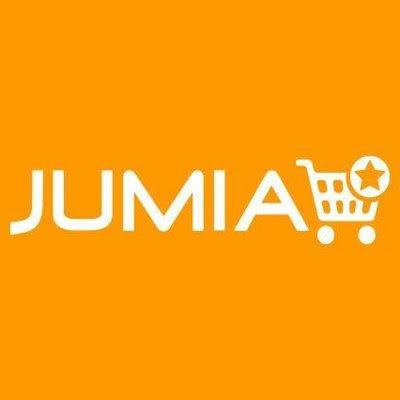 Before e-commerce came to Africa, Nigeria was one of the nations described as a ‘cash-based’ economy. Until recently, most business transactions for goods and services were carried out by face–to–face negotiations in open markets with payments through cash or cheques.

The culture adopted by most Nigerians was to inspect goods, negotiate physically, and, if satisfied, pay. The effect of this commerce culture was that most individuals were forced to travel within and outside the country to purchase goods and services carrying physical cash.

Over the years, e-commerce adoption has grown year-on-year, with more Nigerians willing to trust online shopping. Also, in the post-pandemic era, people now rely more on shopping for items online that can easily be easily delivered. This demand has made it even more important for e-commerce companies like Jumia to step in and fill the gap by providing innovative trading opportunities for thousands of sellers to connect with millions of consumers in Africa.

Jumia continues to navigate Africa’s business environment, where a  myriad of regulatory, logistic, socio-cultural, and technological challenges exist. Every country where Jumia operates has a unique environment. Notwithstanding, the company has built an innovative multi-purpose platform that empowers small businesses and consumers in the continent.

What Does the Future Hold?

The dust is now settled on the leadership changes in Jumia, which has seen several market watchers predicting a new lease of life in the company. Following the recent announcement from the company, it is important to analyse its third-quarter 2022 financial report and the new strategy from the management team to see what the future holds.

The third quarter of the year saw Jumia record substantial revenue and gross profit growth, according to the company’s financial earnings report. The most recent statistics show that $50.5 million was generated in revenue in Q3 2022, an increase of 6% from the $47.6 million reported in Q2. This also represents an 18.4% increase from the $42.7 million reported in the same period last year.

Interestingly, Jumia’s acting CEO, Francis Dufay, laid out the new business strategy for the company during the Q3 2022 earnings call, stating that the recent focus on cost discipline and return on investment speaks to an ever-increasing need to make the company profitable in the near future. Results for Q3 showed more encouraging signs that the company is on the right path.

He further stated that the company intends to bring more focus to the core business, allocating capital, resources, and teams to main areas and projects with attractive returns on investments and clear ecosystem benefits. Jumia will deemphasise or cease projects and ventures that do not meet such criteria. In line with the above, the company will scale back First Party grocery offerings in geographies where this category remains sub-scale. In addition, Jumia Prime will be paused indefinitely from the 1st of January 2023 as the company looks to focus more resources in other areas of the business.

It is important to note that the company plans to keep logistics open to third parties only in the countries where they have strong assets (Nigeria, Ivory Coast, Morocco). The e-commerce opportunity in Nigeria remains vast with a very young population and growing middle class. Hence, this new focus will further strengthen the company’s hold in its biggest market.

Going forward, the company is looking to continue strengthening its foothold in all the countries where it is currently operational. However, this is likely to come with changes to its operating model. In a statement released by Francis Dufay, Acting CEO of Jumia, “We have a clear focus for the next chapter of our journey and are taking decisive action to support our path to profitability. We will bring more focus to the business, directing our efforts and resources to projects and activities that deliver tangible value to our consumers, sellers and broader ecosystem participants. We are also enforcing tighter cost discipline and driving efficiencies across the full structure while enhancing the fundamentals of our core e-commerce business to drive user growth.”

The company is showing greater willingness to constantly invest in Nigeria and has stated it would be making some adjustments in its organisational setup in the coming weeks. Allocating more people and resources to its marketplace, tech, and in-house logistics platform are some of the strategies expected to enhance future success.

Clearly, there is strong optimism that this new strategy will continue to deliver value to Jumia’s consumers in Nigeria. The company is on the right path to profitability through growth and optimization. 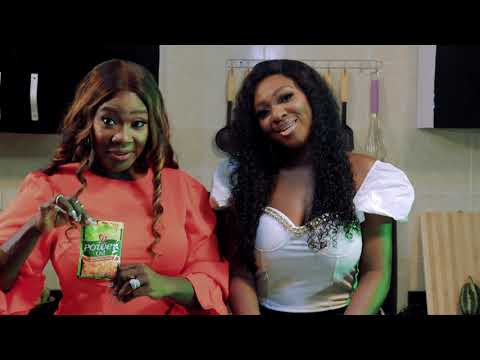 In this episode of Mercy’s Menu season 3 Mercy Johnson Okojie is joined by her colleague, Nollywood star and Film producer, Yvonne Jegede.

They discussed her Marriage, Divorce, Son, Challenges, and Charity work.

This episode was filled with so many emotions.