It is a brand-new year, and 2022 was all but a memory, and for those whose lives were transformed positively by the NITDA, the year will continue to be indelible for their lives.

Since he assumed office in 2019, Kashifu Inuwa Abdullahi set eyes on transforming the digital landscape of Nigeria to demonstrate that the internet is not only a platform for social engagement and whatnot but also massive job opportunities and skills for millions of Nigeria as the country increasingly becomes more integrated into the global economy and digital infrastructure.

As part of its effort to bolster digital literacy and skills among Nigerian youth, NITDA under Malam Kashifu was able to train 67 members of the Youth and Environmental Development Association (YEDA) on digital marketing.

Journalists were not left behind as the agency managed to train over 100 journalists in 2022 on digital journalism as more and more Nigerians rely on the internet for news updates which means the internet is here to stay in Nigeria.

Kashifu Inuwa Abdullah was also instrumental in training over 300 women on digital skills in a bid to empower women to play active roles in digital content and job opportunities online which is in line with the policy priority of the Federal Ministry of Communications and Digital Economy. This giant stride recorded by Kashifu Inuwa would go down in history as one of the most realistic legacies to empower women and help them be financially independent in the long run.

Moreover, the NITDA under Kashifu Inuwa Abdullahi liaised with Kano State Government to train 53 senior executives on e-government and how to cut down the cost of governance in the state.

With 573 civil servants trained in management leadership; 6644 youths were trained in the Digital Skills transformation Programme across the country; and 1858 beneficiaries were 2022 trained in phone repairs in Nigeria.

NITDA under Kashifu Inuwa did not stop here as the agency keeps trailblazing and preparing the country for digital transition. Scholarships were offered to 652 students: 42 Ph.D. students and 610 MSCs students.

When it comes to empowerment, NITDA distributed 530 laptops and desktops to Nigerian students in 2022. 966 tools of different varieties were provided to trainees, and 485000 have been trained on NART to mention but a few.

As a result of compliance with National Data Protection Regulation, over 75 domain names had been registered in 2022. 5764 people were trained on NDPR. 985 audits were filled, and the market value of the NDPR soared for the first time ever to 1.2 billion naira.

While these achievements did not take into account several other projects the agency under Kashifu Inuwa embarked, Nigeria is well in a better position to become a hub of digital excellence over the next few years.

With a total population of over 200 million people, training Nigerians on the proper utilization of digital content would present massive opportunities for Nigerian youths who are in a desperate search for jobs to keep their bodies and souls together.

As a result of the training, over 7500 jobs were created in 2022 with multiplier effects. Making a dent in the unemployment rate using digital literacy and skills remains the top policy priority under Kashifu Inuwa Abdullahi as he keeps exploring ways and opportunities for Nigerians.

As we enter 2023, our hope is NITDA would continue to demonstrate its willingness to accelerate our digital transition and pave the way for socioeconomic growth.

FG Priorties Transforming Nigeria Into Hub For Talent And Innovation 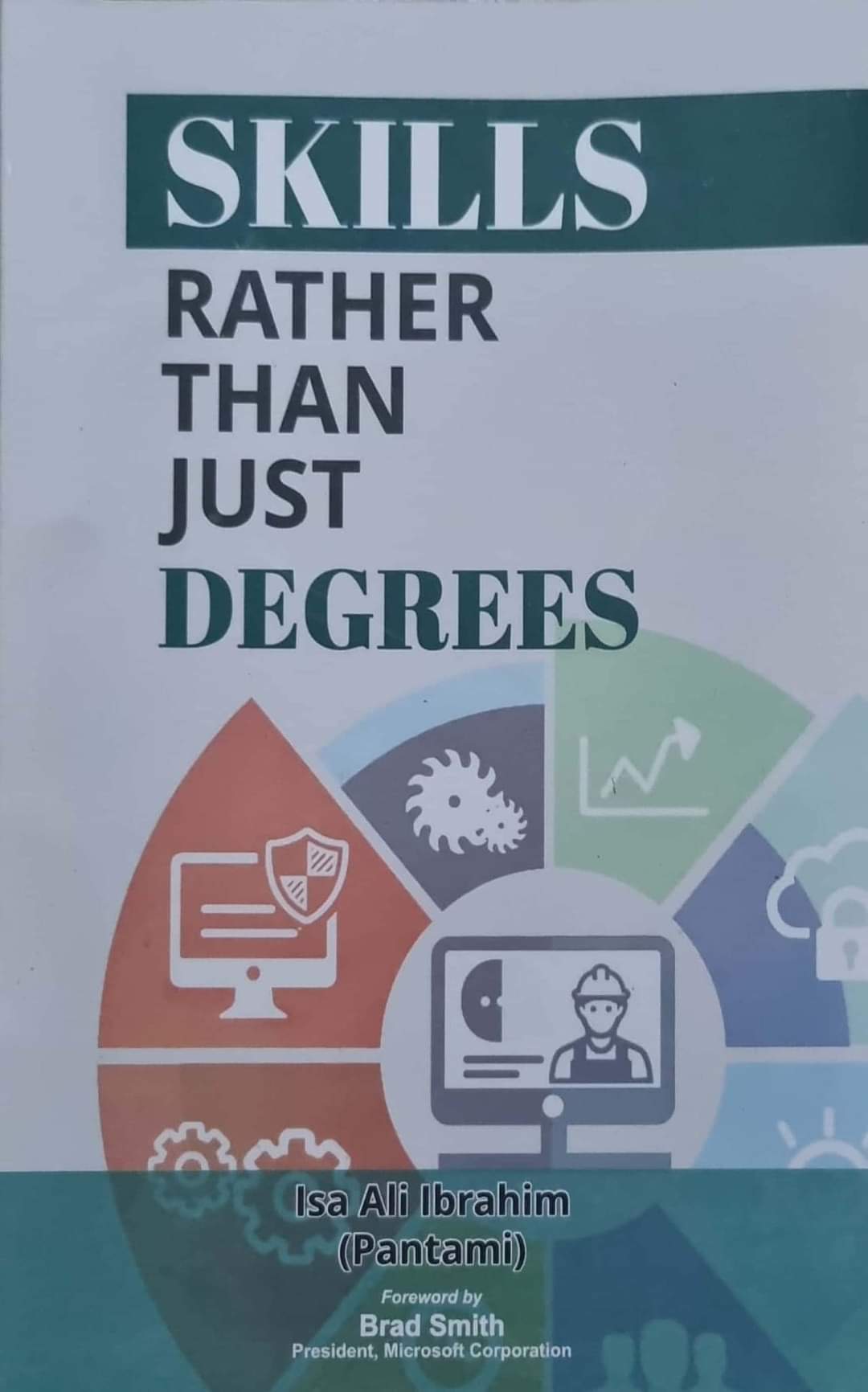 The Executive Governor of Borno State, Professor Babagana Umara Zulum, and the Honourable Minister of Aviation, Senator Hadi Sirika, have supported efforts to boost skills in the country by obtaining 12,000 copies of a recent book on Skills Rather than Just Degrees by the Honourable Minister of Communications and Digital Economy, Professor Isa Ali Ibrahim (Pantami), who is also a Professor of Cybersecurity at the Federal University of Technology, Owerri, Imo State.

It should be recalled that the book was unveiled on Thursday, 24th of November, 2022 at the Transcorp Hilton Hotel, Abuja.  Mr. Brad Smith, the President of Microsoft Corporation, wrote the Foreword to the book.  Skills Rather than Just Degrees focused on the importance of skills and their potential impact in addressing the problems of unemployability, unemployment, and underemployment.  The book is a research and production work implementing the paradigm shift advocated by Professor Pantami and is in alignment with the approach being adopted in leading educational and technological countries like the United States of America, Finland, and India, among others countries.

In a bid to boost skilling in Nigeria, Professor Babagana Zulum obtained 10,000 copies of the book for distribution in schools and other institutions in Borno State.  Senator Hadi Sirika also obtained 2,000 copies for distribution in institutions across the country.  Both high-profile personalities were motivated to do this after reading the book and acknowledging the high quality of the content and its capacity to inspire Nigerians to embrace skills as a catalyst for national transformation.  They also encouraged well-meaning Nigerians and institutions to follow their example. It is hoped that other stakeholders will try and circulate the book in their communities.

The Federal Ministry of Communications and Digital Economy, under Professor Pantami’s leadership, remains committed to implementing the National Digital Economy Policy and Strategy (NDEPS) in order to ensure that Nigeria’s digital economy remains a leading light and support the country becomes the talent capital of the continent and also the world.

FG Priorties Transforming Nigeria Into Hub For Talent And Innovation 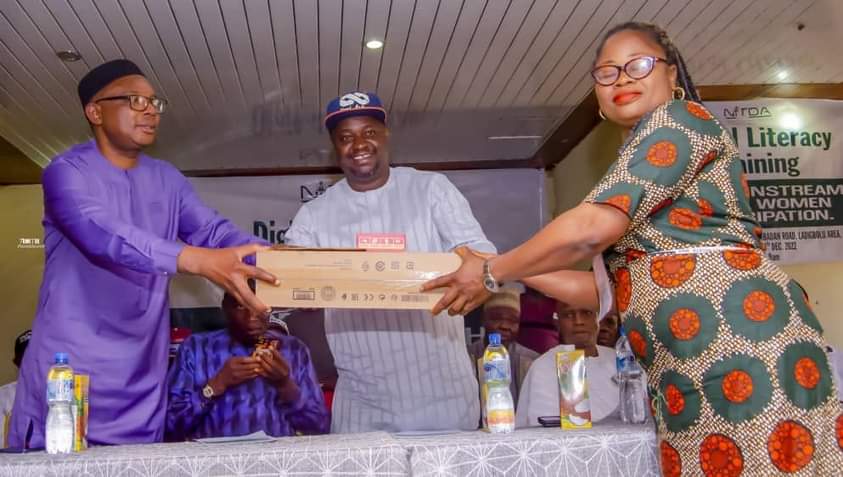 The Director General, National Information Technology Development Agency (NITDA), Kashifu Inuwa, CCIE has said the Federal Government is prioritising efforts to establish Nigeria as a leading hub for talent and innovation in Africa.

Inuwa said this at the closing ceremony of five days digital literacy training for the Mainstream Rural Women Participation and Gender Techpreneurship and Provision of IT Tools for 60 participants organised by NITDA in Oyo town, Oyo state.

The NITDA DG, who was represented by the Ag. Director, Corporate Planning and Strategy, Dr. Aristotle Onumo urged the participants to utilise the knowledge and skills the training offered them to build a career and a new future for themselves in the digital economy space.

He described the training program as a means of “empowering the youths and stimulating the creativity in improving the studious skills of our young people so that they can play their critical roles in the digital economy space.”

The Director General of NITDA emphasised the importance of creating a supportive environment to maximize the benefits of the digital economy and technology for individuals and communities, including the agency’s beneficiaries.

The facilitator of the training and Chairman, House Committee on Communications, Honourable Prince Akeem Adeniyi Adeyemi commended the efforts of the Agency and its supervisory ministry, the Ministry of Communications and Digital Economy for ensuring that digital literacy is penetrating every nook and cranny of the country.

He said, “NITDA has been living to expectation by ensuring that the economy of this country is being driven not only by oil but by ICT.”

Hon. Adeyemi advised the youths to utilise this skill and knowledge the training offered them and ensure that the community also benefits from it.

“We shall not rest on our oars until a critical mass of our youth benefitted from digital literacy,” he added.

Participants in the five days training were equipped with a laptop, internet dongle, and cash stipend for the establishment of micro-enterprises. 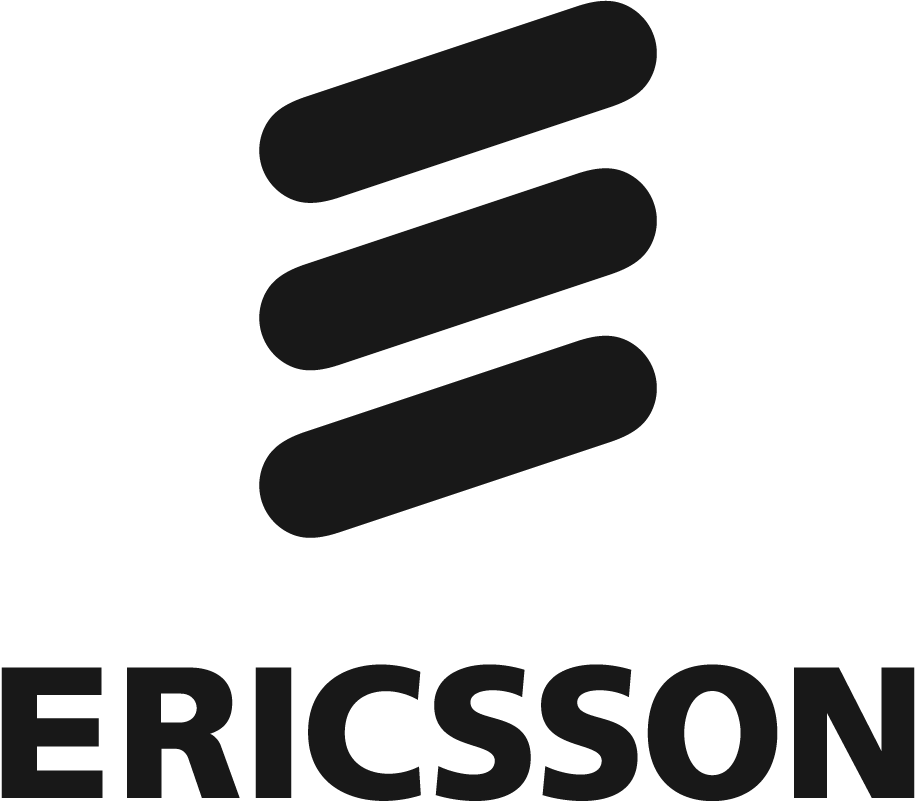 …5G continues to scale faster than any previous mobile generation

The November 2022 edition of the Ericsson (NASDAQ: ERIC) Mobility Report projects that 5G subscriptions in Sub-Saharan Africa will grow from 7 million in 2022 to 150 million by the end of 2028, accounting for 14 percent of total connections at that time

Hossam Kandeel, Vice President and Head of Global Customer Unit MTN and Customer Unit MTN Africa at Ericsson Middle East and Africa, says: “Connectivity in Africa plays a critical role in the upliftment of the continental economy. The growth in 5G and 4G network coverage will become a major catalyst for innovation, connection, and opportunity for Africans everywhere. We are proud to be a part of this journey.”

Global 5G subscriptions remain on track to top one billion by the end of this year, and five billion by the end of 2028, despite current and developing economic challenges in many parts of the world. On 5G itself, about 110 million subscriptions were added globally between July-September 2022, bringing the total to about 870 million. As forecast in previous reports, 5G is still expected to reach one billion subscriptions by the end of this year – two years faster than 4G did, following its launch. The statistic reinforces 5G as the fastest-scaling mobile connectivity generation.

By the end of 2028, five billion 5G subscriptions are forecast globally, accounting for 55 percent of all subscriptions. In that same timeframe, 5G population coverage is projected to reach 85 percent while 5G networks are expected to carry around 70 percent of mobile traffic and account for all contemporary traffic growth.

The report also forecasts global fixed wireless access (FWA) connections to grow faster than previously expected. FWA – the wireless alternative to wireline broadband connectivity for homes and businesses – is one of the major early 5G use cases, particularly in regions with unserved or underserved broadband markets. FWA is forecast to grow at 19 percent year-on-year through 2022-28, and top 300 million connections by the end of 2028.

The latest report also highlights the importance of reducing environmental impact. The telecommunications sector has a key role to play in addressing global sustainability goals, both by reducing its own emissions and through its potential to reduce carbon emissions across other industries.

To reduce the environmental impact, the growing data traffic needs to be managed with smart network modernization combined with a balanced approach to network performance.