Access Bank Plc, a leading financial institution has announced that it has discontinued its acquisition of Sidian Bank Limited.

It would be recalled that Access Holdings Plc, trading as Access Corporation (‘the Corporation’) on June 8, 2022, announced that its flagship subsidiary, Access Bank Plc (‘the Bank’) has entered into a binding agreement with Kenyan-based Centum Investment Plc (‘Centum’) for the acquisition of the entire 83.4% shareholding held by Centum in Sidian Bank Ltd. (‘Sidian’).

However, according to Access Bank; “The completion of the proposed transaction is subject to fulfillment or waiver of certain conditions before the Long Stop date as defined in the transaction agreement.”

“Although regulators have all been supportive in engagements around the transaction, certain conditions precedent needed to prudently complete the transaction have not been met and the parties were unable to reach an agreement on the variation of these conditions in a manner to deliver the desired outcome for the parties.

Consequently, we hereby notify the Nigerian Exchange Limited (NGX) and the investing public that the Sidian Bank acquisition will no longer be completed by the Bank.

The Bank however remains committed to growing its franchise in a safe and sound manner in Kenya and the broader East African Community and will continue to explore a variety of organic and inorganic opportunities to grow its market share therein.

The bank said there will be no charges for cash returned/paid into customers’ accounts. All old Naira notes of series N200, N500, and N1000 will cease to be accepted as legal tenders from 31 January 2023 as CBN instructed.

Against the race to beat the deadline given by the Central Bank of Nigeria (CBN) for old naira notes to be returned to banks, making way for the circulation of the redesigned N200, N500, and N1,000 notes, FirstBank announced that it will run weekend operations.

The bank said its branches nationwide will be open to receive and change old naira notes, in a bid to help their customers beat the January 31 deadline.

The CBN introduced sensitization campaigns to ensure that rural dwellers meet the deadline. The apex bank has sent agents to remote places across the country to help those who lack access to financial inclusion swap their old naira notes for new ones.

The Bank will continue to accept old Naira notes till the close of business on 31 January 2023. 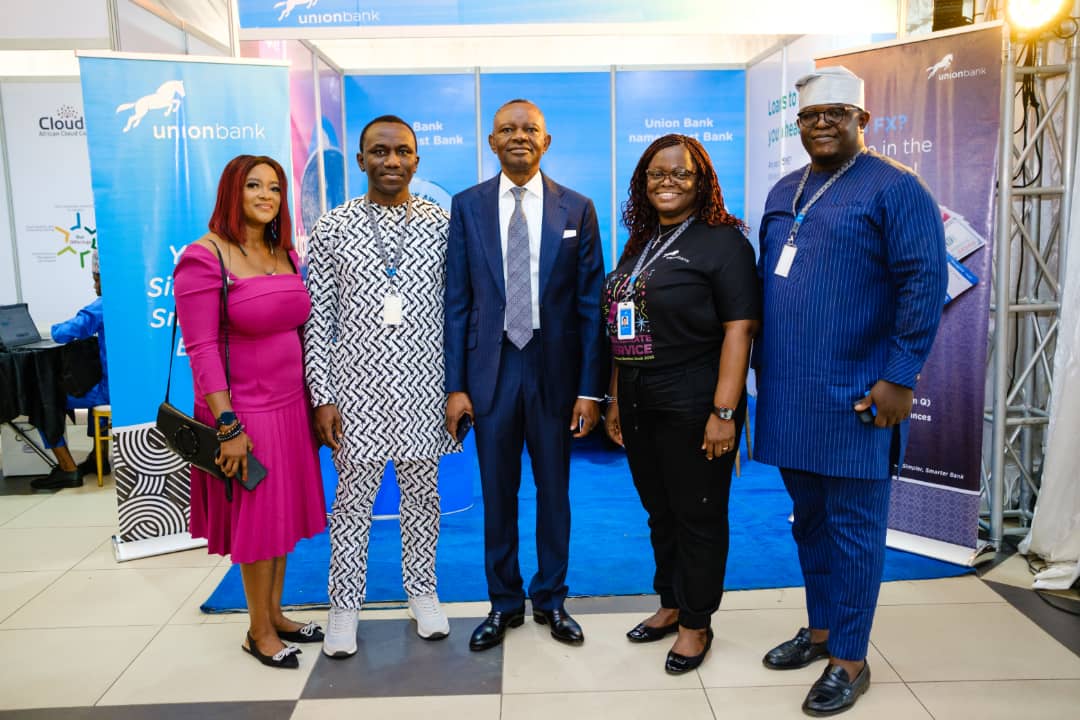 Leading financial institution, Union Bank of Nigeria (UBN), has reiterated its support for Small and Medium-sized Enterprises in the country to drive increased growth and development.

This commitment was made during the recently held ‘Top 100 Fastest Growing SMEs in Nigeria’ conference hosted by BusinessDay newspaper.

The event themed ‘How SMEs can thrive in an age of volatility’ was well attended by various stakeholders in the SME sector, including entrepreneurs, industry experts, start-ups, and financiers. The event had different panel sessions to discuss the multiple problems facing SMEs in Nigeria.

According to him: “SMEs must focus on building capacity and developing the necessary skills to increase their expertise if they hope to succeed in this volatile age. SMEs also need to embrace technology and digital tools as an enabler for business growth while ensuring their books and records are organised if they hope to attract funding from the right financial partner.”

BusinessDay newspaper presented Union Bank with The SME Financier of the Year award in Nigeria at the awards ceremony held that same evening in recognition of the bank’s efforts to support and promote the growth of the SME sector in the country.

Know More About Union Bank Plc: Established in 1917 and listed on the Nigerian Stock Exchange in 1971, Union Bank of Nigeria Plc. is a household name and one of Nigeria’s long-standing and most respected financial institutions.

The Bank is a trusted and recognisable brand with an extensive network of over 300 branches across Nigeria. 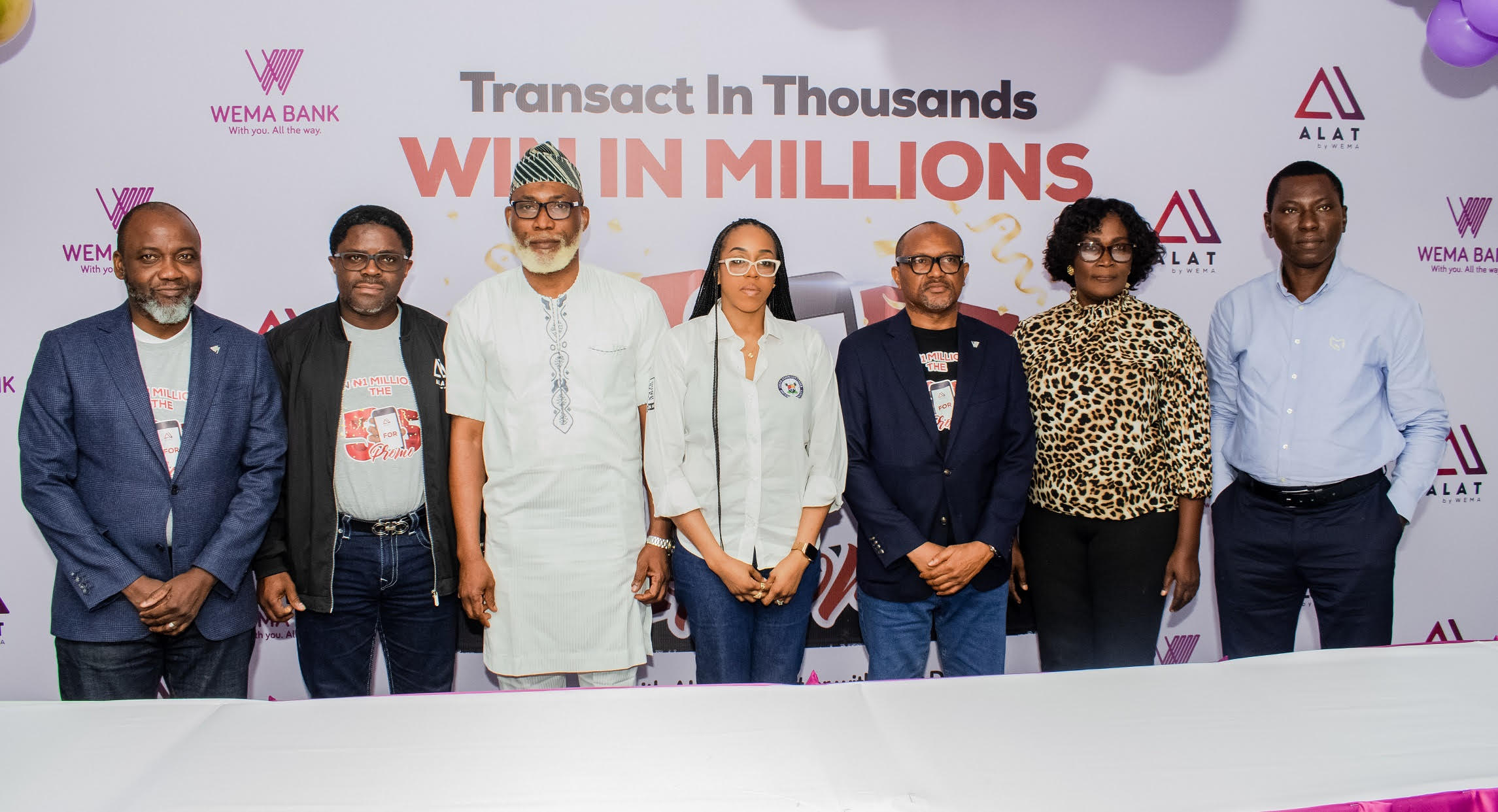 Abubakar Bisoye Bisi of Broad Street Branch, Lagos, and Toyeeb Hussain of Ondo Branch emerged as the two lucky winners of N1 million each.  55 other customers won N10,000 each, while another   20 others won N100,000 each in electronic draws conducted at the bank’s Head Office.

Season 1 of the promo began in 2021 as part of activities to reward its customers and encourage a healthy savings culture. This second edition closed the curtains on the second season of the 5for5 promo with an impeccable event line-up, social networking, and entertainment, which created a memorable experience for participants that participated physically in Lagos and virtually on Instagram Live on @alat_ng.

Speaking to pressmen during the event, The Chief Finance and Strategy Officer, Tunde Mabawonku, in his closing remarks, emphasized the uniqueness of the 5for5 promo grand finale, stating that it was designed to give a personalized feel to the event. “One of the highlights of the event is to remind our customers that the bank and all of the activities we host are designed to help them navigate the various financial services we offer and make their experiences the best in the history of the Nigerian banking industry,” he stated. “This is our way of thanking and rewarding customers for their loyalty.

Speaking further, he said, “This season’s grand finale has been a success, and it is already generating considerable interest in the banking industry and among shareholders.”

The Divisional Head, Retail Banking, Mr. Dotun Ifebogun, said the promo is a way of promoting the savings culture among customers as well as encouraging the use of the bank’s alternate digital channels.

He explained that participating customers needed to do five transactions using the alternate channels as qualification criterion.

During the cheque presentation ceremony, the newly appointed Managing Director, Moruf Oseni, expressed his unwavering faith in the promo event and its enormous impact on the banking community. In addition, he praised the efforts of the organizing committee, the able knights, and every other participant in the event’s success.

The stakeholders of the Nigerian banking behemoth Wema Bank praised the bank’s management and board for their shrewd leadership and customer-centric values, which contributed to the success of the second season of the promotion.

Wema bank pledges to return with a bigger and better third season of the 5for5 promo and urges customers to keep an eye out for this upcoming event and many other opportunities to improve their lives.